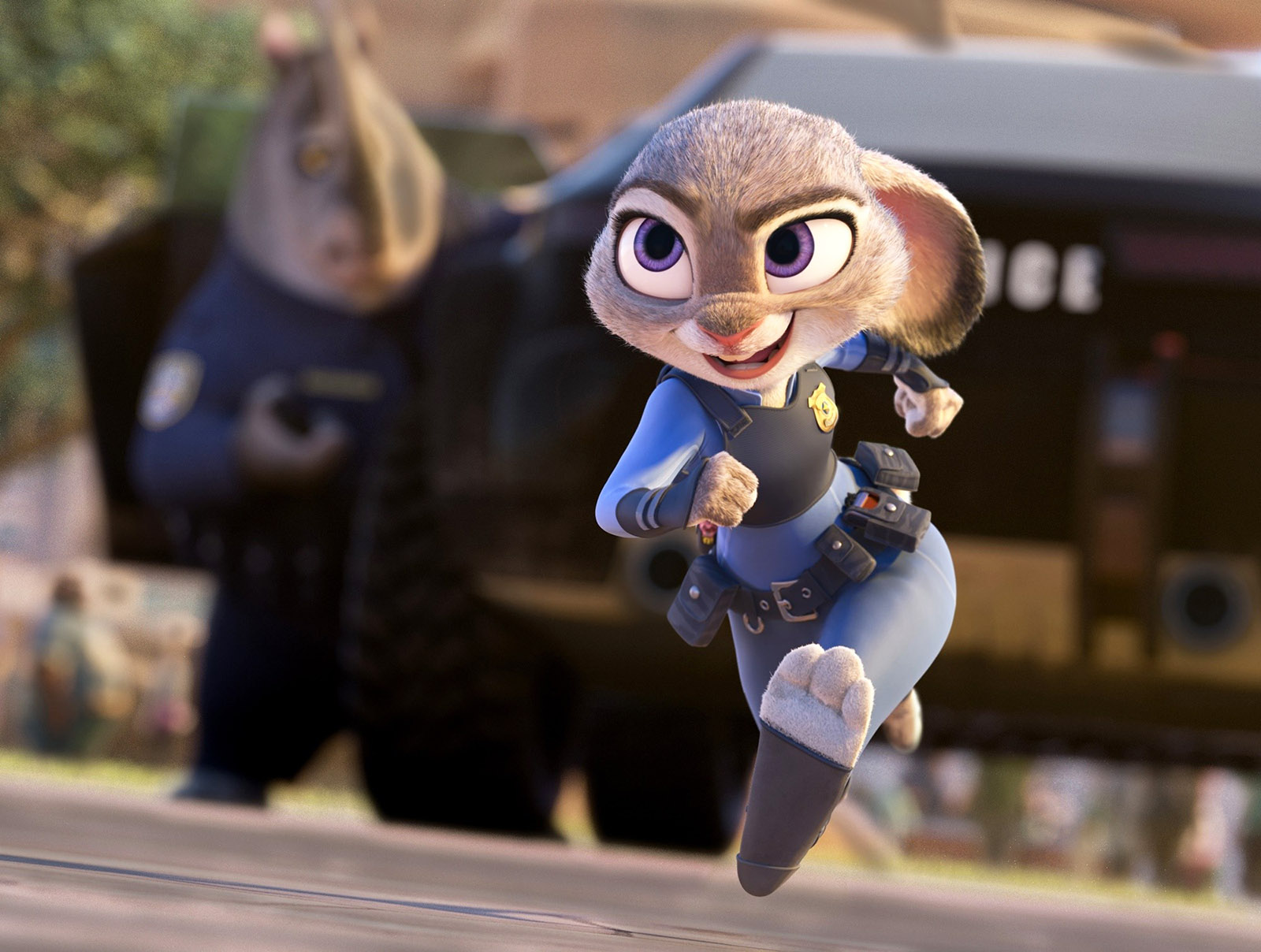 There are some combinations in life that go together perfectly: peanut butter and jelly, cats and the Internet, Tina Fey and Amy Poehler. In the new film “Zootopia,” Disney returns to the tried and tested formula of animation and talking animals. If it ain’t broke, don’t fix it.

“Zootopia” follows the adventures of Judy Hopps (Ginnifer Goodwin), the city’s first rabbit police officer, as she tries to prove her worth as a cop by discovering why the city’s carnivorous citizens are reverting to more wild states.

At its core, “Zootopia” follows the standard Disney movie mold: cutesy animals, stellar animation, cliche morals, underdog heroes. But every aspect of the film is crafted with such care and attention that it never feels formulaic.

The first thing that captures your attention is the quality of the animation.

Disney is known for producing some of the best animated movies, but I was not prepared for the sheer scale of “Zootopia.” There are hundreds of animals in the background, all different species with distinct looks and patterns of movement. The city itself is a breathtaking, vibrant and massive place with distinct environments to suit the needs of its residents. There is a polar region, a jungle, a desert and a tiny town devoted to smaller mammals like mice and shrews.

Storywise, “Zootopia” plays like a kid’s version of film noir. It’s the standard “idealistic-cop-teams-up-with-a-lowlife-to-solve-the-crime” affair. The story is engaging and suspenseful, but it isn’t the most original Disney has offered. It is driven by the main characters coincidentally being in the right place at the right time, and many plot points feel like excuses to show off the diversity of the city and the intricate animation.

The well-developed characters present the most compelling aspects of the film. They all share a natural character development that makes them more relatable, and the villain falls into a sympathetic moral gray area rather than being a standard egomaniac.

However, the explanation of alliance between predators and prey is done lazily by attributing everything to “evolution,” leaving many questions. The film never answers my burning questions of what the carnivores eat aside from other Zootopians, and why lizards, birds and fish are not included among the citizens.

The dialogue is filled with both laugh-out-loud jokes for the entire audience and clever jokes subtly intended for older viewers. The writers took advantage of the available animal humor and puns to great effect. They include a joke about rabbits, multiplying and math – think about it – and a reference to a previous Disney film via a bootlegged copy of “Pig Hero 6.”

Their ability to incorporate the anatomies and behaviors of the animals into the action is an ingenious touch, like the elephants’ reliance on their trunks in absence of fingers, Hopps’ nervous and jumpy behavior, and the “follow-the-leader” mentality exhibited by the businessmen lemmings.

“Zootopia” is such an accurate reflection and parody of human life – the animal DMV is run by sloths similar to the paralyzing bureaucracy of the real DMV – that someone could easily forget that it’s a work of fiction.

While they likely flew over the heads of younger viewers, “Zootopia’s” many pop culture references elicited many laughs out of the adult chaperones. The references to Vito Corleone and to a certain Walter and Jesse were amusing on their own, but the added understanding of their context deepened my appreciation for the film’s cultural awareness.

Disney films can be interpreted as morality tales, and “Zootopia” is no exception. Among the more standard themes of “follow your dreams” and “don’t judge a book by its cover” are some concepts that seem more socially relevant. The diversity inherent in the city full of mammals draws an inherent comparison to the increased push to end racism and promote acceptance for all. This theme is especially poignant in the revelations of the fox Nick Wilde’s (Jason Bateman) backstory of prejudice and hardship simply because of his species.

“Zootopia” is a superbly written visual treat. The meticulous attention to detail, charming characters and clever humor create another win for Disney.