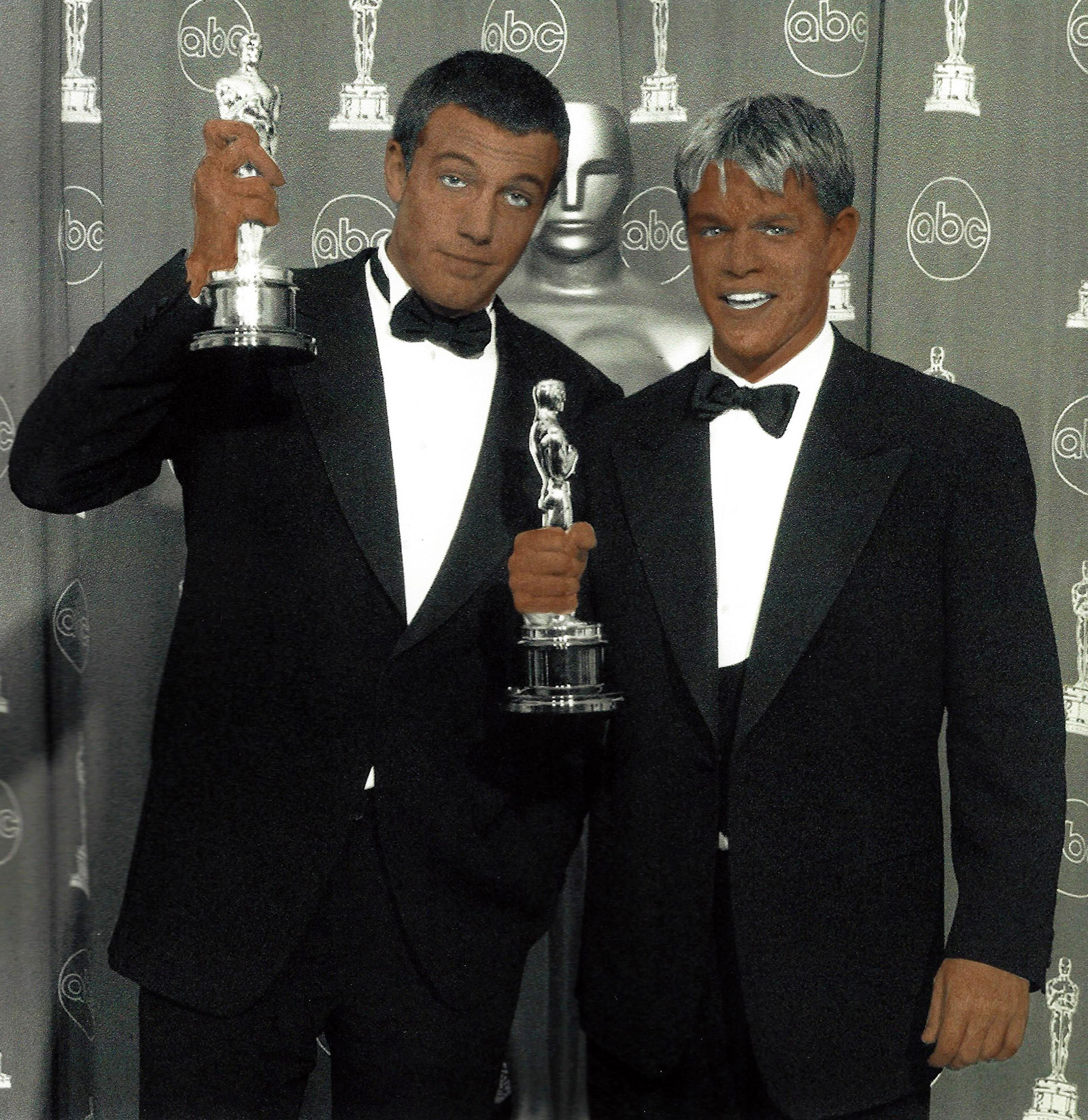 UCLA professor Chon Noriega smoothed the front page of the Los Angeles Times out on the table in front of him. Twenty white faces and one headline glared back: “Oscars 2016: Here’s why the nominees are so white – again.”

In response Noriega, the director of UCLA’s Chicano Studies Research Center, contacted Los Angeles artist Linda Vallejo and proposed she expand her “Make ‘Em All Mexican” series, in which she reimagines images of American culture as Mexican by painting directly on antiques. Vallejo agreed and partnered with CSRC, where some of the images are being displayed online and will later be archived in UCLA’s Digital Library.

Vallejo reimagined Caucasian Academy Award winners as Mexican by darkening their skin and changing their names, like from Ben Affleck to Bernardo.

“Let’s really have this as a dialogue between artists, not using art to get out of issues of cultural presence,” Noriega said.

Noriega began research for the project along with Adrien Sebro, a cinema and media studies graduate student.

“The idea of painting all the nominees brown was really an interesting and fun way to begin a dialogue about the lack of diversity in the Academy Awards and the film industry as a whole,” Vallejo said.

Sebro said he spent a month searching for images of Oscar winners and researching the culture surrounding the Academy Awards to create a context for Vallejo’s project.

He compiled 20 images of Caucasian Oscar winners who have portrayed minority roles in their films, like Catherine Zeta Jones as Elena Montero in “The Mask of Zorro”. Thus far, Vallejo’s Oscar pieces include portraits of celebrities such as Cate Blanchett reimagined as Catarina Blancarte and Matt Damon renamed Mateo.

Vallejo manipulated the photographs, making many of them black and white then printing them on colored paper. She hand-tinted each photo to make the subject’s skin brown, spending about a day working on each image.

Vallejo also modified each nominee’s name by making it Hispanic to reiterate the lack of diversity and appeal to the viewer’s humor. She said humor includes people in conversations about difficult issues; many of her Latino friends find the images to be hilarious.

“It’s a response you know, to seeing your dreams come true, where everybody looks like you,” Vallejo said. “They say a lot when they laugh out loud.”

Sebro said in a diverse community like UCLA, the images are especially pertinent because they allow members of minority groups to see themselves in places of fame and power that have been traditionally dominated by Caucasian actors.

Noriega said the exhibition brings attention to the lack of diversity in Hollywood throughout history, showing it to be a consistent problem in the industry.

Vallejo said she will continue to add to the series with more works on paper and life-sized sculptures to foster discussion on minority representation within Hollywood.

“It’s the idea of making the whole world brown,” Vallejo said. “Changing culture: with the stroke of a brush you change history, you change media.”