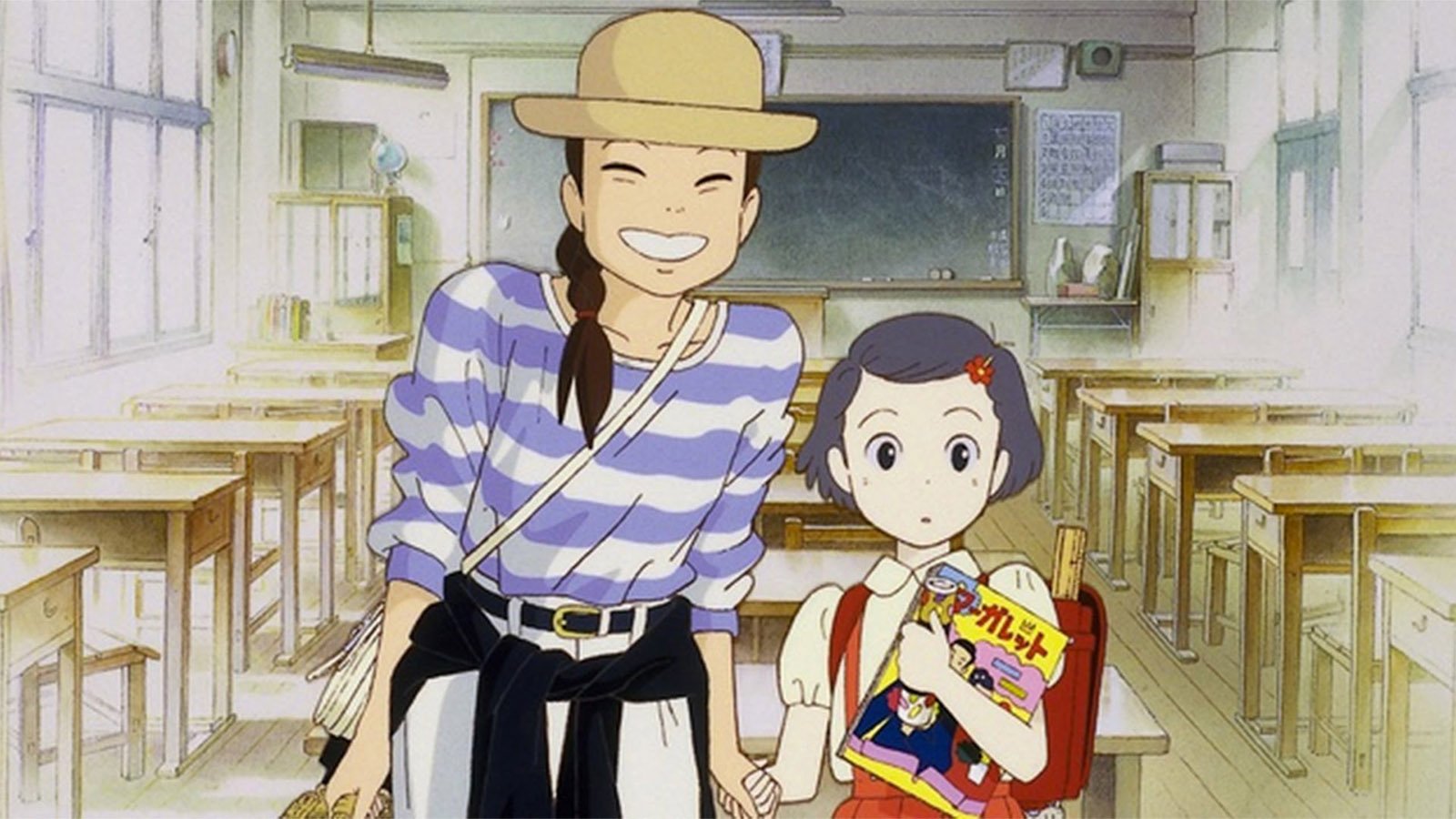 In “Only Yesterday,” 27-year-old Taeko Okajima reflected on her fifth-grade self, unable to grasp the concept of dividing simple fractions.

As I heard Taeko’s words in the theater, I felt the same sense of frustration a child feels when they don’t understand.

Director Isao Takahata’s 1991 film “Only Yesterday,” which premiered Friday in Los Angeles, beautifully captures children’s intense emotions and how memories linger through adult life. The film follows Taeko on her trip from Tokyo to the countryside to get away from the city buzz while working in flower fields. But unintentionally, she brings her fifth-grade self along in a series of flashbacks. The film is a journey through Taeko’s nostalgic memories of a time far removed from her present reality.

Studio Ghibli’s characters have been a major part of many childhoods, with the beautiful demons and spirits in “Spirited Away” and witches and wizards of “Howl’s Moving Castle.” Now, as the black screen fades into blue with the image of a scruffy Totoro, the audience erupts in cheers, displaying a devotion to the studio even in a Disney Pixar-dominated country like the U.S.

As with all Studio Ghibli films, the animation in “Only Yesterday” leaves the audience in awe. Takahata illustrates the past by mimicking the yellowing pages of a book filled with fuzzy and unfinished pencil drawings. The drawings starkly transition into the present, with more defined lines and monochromatic colors. The animation creates a beautiful contrast between the color of youth and the grayness of adulthood.

At one point, a thoughtful Taeko whispers, “But why fifth grade?” wondering why her mind is flooded with memories of her 10-year-old self at 27 years old. Her question goes unanswered, but it becomes clear that a fifth grade Taeko faces many of the same challenges that the present Taeko does – both are growing into a new phase of womanhood.

For instance, when she becomes riddled with the fear of settling down with possible husband Toshio, voiced by Dev Patel, she recalls her first love.

The audience gasps when Taeko encounters a baseball-playing boy with a crush on her. The suspense of the first encounter of young love pulls at adults’ heartstrings as vividly and deeply as it does for a 10 year-old girl.

In another scene, Taeko remembers learning about the changes her body will go through as a teenage girl and being teased by boys for buying “special underwear.” She struggles between feeling embarrassed and accepting her womanhood. The scene brings back silly memories and the very real insecurity many young girls feel in this transitional period of life.

Along with major milestones young girls experience, “Only Yesterday” highlights the small moments buried in memories. Whether it’s facing a strict parent with a bad grade or longing for the newest trends in children’s fashion, Taeko’s fifth-grade self reminds the audience of the superfluousness of materialism and petty tantrums.

In these subtle and sweet moments of young life, the audience can place themselves in every scene. “Only Yesterday” reminds us our fifth-grade self is always on our side.