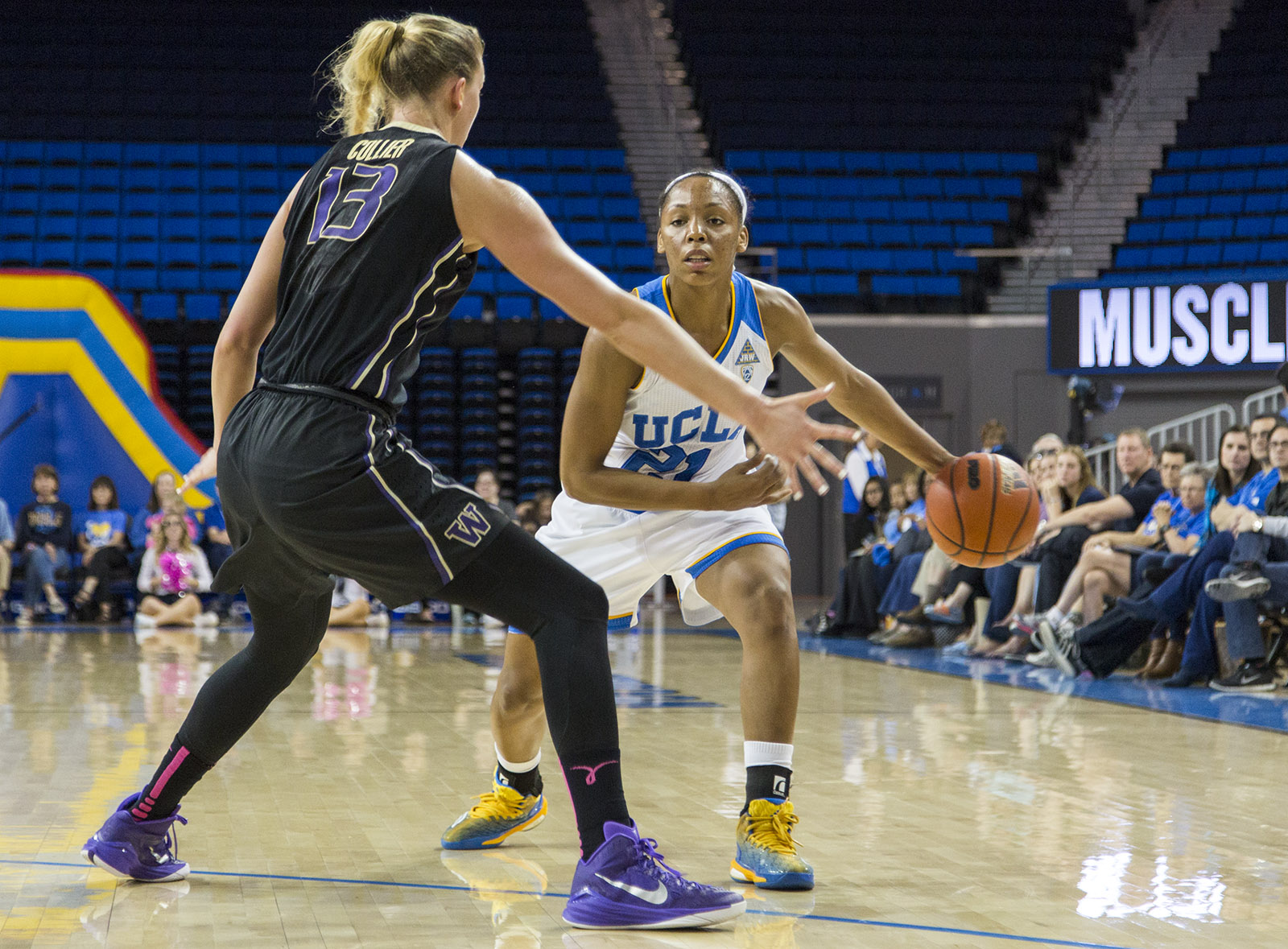 Sunday’s game against Arizona State could be the last one in Pauley Pavilion for senior guard Nirra Fields, who is averaging more than 16 points and five rebounds a game. (Owen Emerson/Daily Bruin senior staff)

UCLA women’s basketball did what it needed to do last weekend.

The team swept its season series with Oregon and split with Oregon State. Most pundits believed the Bruins would struggle to take the Beavers up in Corvallis, making a 1-1 outcome the best that would likely keep them in the top 16. That’s just what they did.

Now, UCLA is heading into its final set of conference games against unranked Arizona and No. 9 Arizona State. The same is expected this week – win at least one. Otherwise, hosting the first two rounds of the NCAA Tournament is unlikely.

“We definitely want to finish out strong,” said senior guard Nirra Fields. “If we get these two games it will help us get home court advantage and with our seeding in the (NCAA) Tournament.”

What remains worrisome as the Bruins head into this weekend’s matchups are the weaknesses exposed up in Oregon – shortcomings that are keeping the Bruins from being a top team in the Pac-12.

UCLA is the strongest in the conference with its up-tempo transition offense, but what the Bruins lacked on Sunday against the Beavers was a half-court offense.

“You know we would love to score in transition every single time and play up-tempo, but the reality of it is the play slows down a bit in postseason play,” said coach Cori Close. “You have to be able to slow down a bit and work at half-court a little bit better.”

Much of the Bruins’ transition offense relies on Fields and sophomore guard Jordin Canada outrunning the other team, and scoring a layup or a midrange jumper. However, Oregon State has guards like Sydney Wiese and Jamie Weisner who were athletic enough to force UCLA to slow down, forcing the Bruins have to create shots from within the half.

“The difference between Oregon State and us is that they got each other’s shots. We settled for hard shots that we created on our own,” Close said. “We got to do more to create easier shots for each other as opposed to making spectacular one-on-one plays.”

For Friday’s game against Arizona, besides working from the midcourt, much of what was worked on in practice was dealing with the Wildcat’s full-court press. The Arizona team caused 20 turnovers for UCLA when the two played back in early February.

“(Arizona) is a pressure team,” said junior guard Kari Korver. “So for us we want to take care of the ball. We want to attack them inside and just handle their press well.”

The second game of the weekend features the conference’s second-place team in ASU. When the Bruins played the Sun Devils last time, it was close, with the Bruins only losing by four.

ASU isn’t like a lot of other top Pac-12 schools that usually have one or two star players. The talent is more spread out on the Sun Devil team, making for a very balanced attack to defend against. The only real standout player from the last meeting was guard Katie Hempen who tore up the Bruin defense, shooting 8-14 from the field and posting 20 points.

UCLA will be without one of its starters, forward Kacy Swain, for both games as she injured her knee in the Oregon State game Sunday. The senior is expected to be out for the next few weeks but should return for the NCAA Tournament.

Swain was pivotal for the team’s rebounding and post production. Close has a few options for her replacement, and it is likely that either sophomore forwards Lajahna Drummer or Paulina Hersler will take the starting spot. Another option is to utilize four guards and put sophomore Kelli Hayes or freshman Kennedy Burke in, instead.

The Bruins are 11-1 at home, with their only loss coming from No. 2 South Carolina back at the beginning of the season.

ESPN’s bracketologist Charlie Creme currently has UCLA as the third seed in the NCAA Tournament. The NCAA selection committee will come out with the last of its rankings next Monday where the Bruins are currently No. 10.