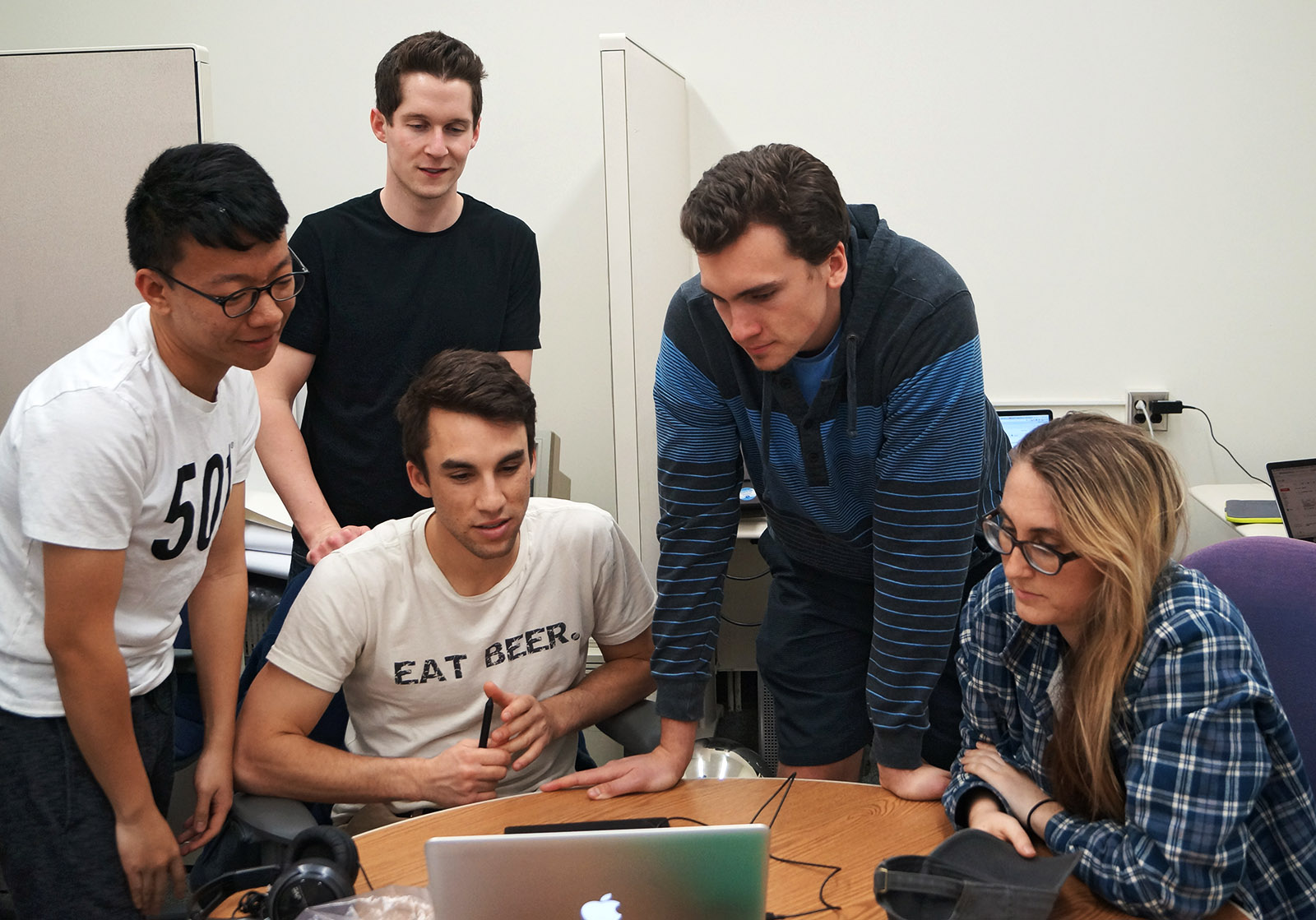 By Emanuela Boisbouvier and Joshua Greenberg

Daily Bruin A&E is following the Bruin Animated Filmmakers, a new club on campus, as they create a short animated film. In this week’s installment: an introduction to the club, the premise of their film and their storyboarding process.

Zombie Mike is more preoccupied with his tedious, long days as an accountant than with his return from the dead.

Gomez-Benito said they wanted to create the club because nothing like it existed on campus; students had no platform or club to develop animation.

The club plans to finish a short, 3-D-animated film starring the deceased white-collar worker by June 2016. They are currently in the pre-production stage, working on storyboards.

Gomez-Benito and Brunner have recruited 29 members so far, with majors ranging from film to computer science. Ben Kurzrock, a fourth-year global studies student, said Bruin Animated Filmmakers is a fusion of north and south campus, a union between the creative and more technical students at UCLA.

The club is currently working on turning the Zombie Mike story into a three-minute, dark comedy short. The film will cover Zombie Mike in his daily routine and the struggle he faces as a zombie vegetarian who’s supposed to eat brains. He does not want to adapt to the zombie life, preferring to pursue his mundane career in accounting.

Kurzrock said he created the whiny zombie character while improvising on UCLA Radio last quarter. On the show “Weakly World News,” he offered insight into Zombie Mike’s daily struggles by staging live interviews with real people, acting out the different voices and characters, including Zombie Mike.

Kurzrock also acted Zombie Mike out physically during the shows, placing one arm in his sleeve and hunching over as he spoke. He said he was deconstructing the archetypical zombie, while adding sarcasm and humor to the character.

The Bruin Animated artists are currently developing Zombie Mike’s precise appearance, based off the physicality Kurzrock developed over the radio. Kurzrock said they have not yet settled on a final version, but the designers are continuously working on improving and modifying his look.

“There’s this beautiful fusion where no one is really in charge but everyone is collaborating,” Brunner said.

The storyline and script for the film were completed within a week. A team of student storyboard artists are now laying out the individual shots of the storyline.

Maddie Stratton, a first-year film student and one of the lead storyboard artists on the project, said the storyboarding process goes from fast and loose to more detailed – her boards are cartoon-like and roughly sketched. She said she tries not to spend much time on them, given they will be changed later in the process anyway.

“It’s most tedious at the beginning. Normally what I do is I look at the script, and I try to visualize what’s going on, what would work and convey the emotion in the scene,” Brunner said.

The storyboards, which are either drawn on paper or on special drawing tablets with pressure-sensitive pens, change all the time as the needs of the story morph during the pre-production process, Stratton said.

Meanwhile, the club’s 3-D modelers are preparing for the complicated pipeline of 3-D animation. One of the main technical concerns is achieving mouth animations and syncing the mouth movements to the dialogue, Gomez-Benito said. As a result, the project will have very little dialogue.

The next steps in making the movie include making 3-D models and painting them with textures, rigging the digital actors with digital bones, animating the models by moving them around, and finally rendering, using algorithms to determine how the final product will look in digital light.

The club aims to produce an internal animatic – a little preview video with incomplete animation which will give a glimpse of the finished product – by the end of the quarter.

For now, Gomez-Benito is pleased with the group’s work so far. He thinks the collaborative effort will help each member in the long run.

“Everybody has different talents and something you might not be that good at, somebody else will be great at,” Gomez-Benito said.