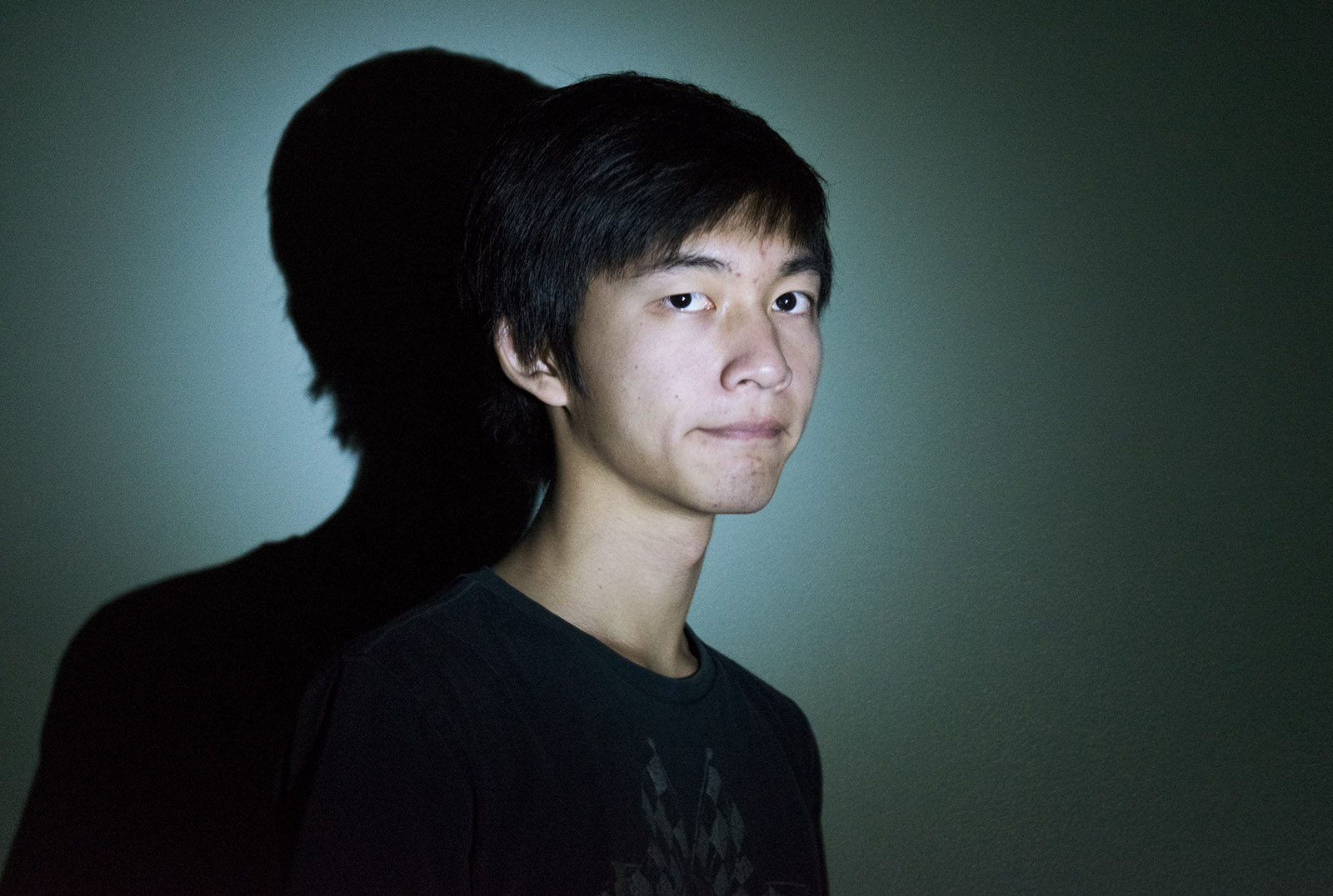 Third-year theater student Chris Yu is the lighting designer for the Shakespeare Company at UCLA’s production of “Twelfth Night.” Yu determines the color of the light, the equipment for the show and how much power to use. (Maryrose Kullick/Daily Bruin senior staff)

While some shine in the spotlight, Chris Yu prefers to shine the spotlight on others behind the buttons and controls of a lighting board.

“I enjoy being part of the process of creating the show but not actually being on stage,” said Yu.

As a first-time lighting designer, third-year theater student Yu will debut his skills on Friday for the Shakespeare Company at UCLA’s production of “Twelfth Night” in the Bruin Reception Room.

Prior to his new position, Yu worked as a lighting assistant on “The Automobile Graveyard” in 2015. Now, without any assistants of his own on “Twelfth Night,” the task of designing and implementing all of the lighting effects in the production rests on his shoulders.

As a lighting designer, Yu is responsible for determining the equipment needed for the show, how much power they will need for each light, the positioning of the light units in the space and what color the stage should be bathed in for certain scenes.

One of the main challenges Yu has faced, however, is unsubstantial rehearsal time.

The company was unable to secure a venue to hold a tech rehearsal without changing performance dates. To combat this, Yu said they will be hauling their equipment to the Bruin Reception Room early on Friday. They will only have about three hours to run through the lighting cues.

If the director wants to make any changes, Yu said he will have to update his design on the spot, since the changes may not have been rehearsed prior to showtime.

“I knew going into it the process was going to be trying for the tech team,” said Will Block, third-year theater student and director of “Twelfth Night.” “And I knew that (Yu) was a very patient guy, and a very flexible and creative guy.”

Originally, Block thought they would only have 20 minutes to rehearse lighting and sound before the first show, and needed someone who could handle this pressure. Block said while other people may have shied away from the task, he was impressed with Yu’s confident attitude throughout the process.

“I’ve thrown some legitimately ridiculous requests at him and I’ve never seen him balk or roll his eyes once. He’s an excellent team player,” Block said.

Block said he worked closely with Yu on a weekly basis to develop the lighting design, maintaining strong communication to supplement the lack of rehearsal time.

To start the process of lighting design, Yu said he first has to read the play, and know the time and location of each scene.

“If it’s during the day, I would use a brighter warmer color, as opposed to doing a night light, I use a much cooler color,” Yu said.

Yu said the color of the stage can greatly impact the way one interprets the story.

For his overall design, Yu said he has taken elements from a traditional Shakespearean production into account. Originally, the plays would have been performed under natural lighting, so Yu has to adjust the artificial lighting to create the same effect.

Even though Yu works closely with the director to produce his desired vision, he said he does have his own creative liberty.

Yu said he is most looking forward to staging a shipwreck in the first scene. He plans to wash the stage in dark blue color and incorporate quick lights that switch on and off to enact the image of a storm.

“That’s the one scene that I could potentially put a lot of my artistic design elements into,” Yu said. “Rather than the rest of the show where it’s more of a general wash of lights to let the audience see the actors’ faces.”

Block said the scene functions like a dream-like dance, where midway through, Duke Orsino interrupts saying, “Enough; no more: ‘Tis not so sweet now as it was before.”

“We need to snap out of that sort of dreamworld and go right back into reality,” Block said. “The lights are going to become very, very, very crucial in that moment.”

Yu said he enjoys the process of developing a vision and seeing it recreated in the performance space, and feels accomplished after completing any performance.

“At its best, lighting is almost universally responsible for tone,” Block said. “It is the director’s and the designer’s best tool for creating atmosphere.”