UCLA alumna blends past and present with monochromatic set design 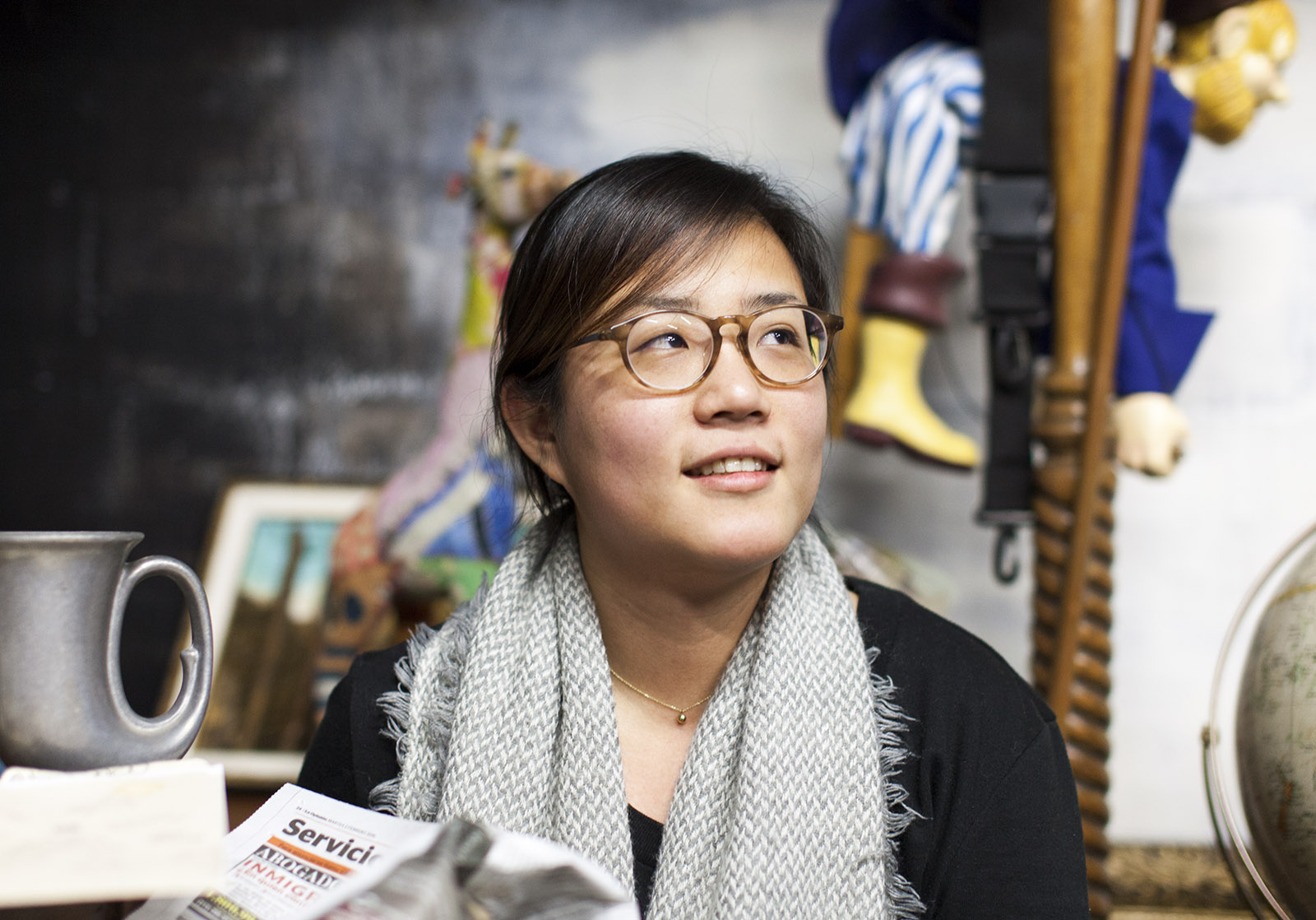 UCLA alumna Yee Eun Nam (above) designed the set of the production “Altman’s Last Stand,” which premieres Saturday at the Zephyr Theatre. With her set design, Nam sought to portray the life of Holocaust survivor Franz Altman and his fight to save his shop, “King Solomon’s Treasure.” (Hannah Ye/Daily Bruin senior staff)

The set of “Altman’s Last Stand” looks like a mess at first glance: a hodgepodge of chairs, rugs, lamps, books, picture frames and ukuleles seemingly placed without a second thought. In reality, each antique item was carefully constructed to reflect the scattered memories of a man with 90 years of experiences.

Yee Eun Nam, a UCLA alumna, designed the set for the upcoming production of “Altman’s Last Stand,” premiering Saturday in Zephyr Theatre. Over the course of three months, Nam researched and collected props and accumulated photographs to match Altman’s memories.

“Altman’s Last Stand,” directed by Charles Haid, a lecturer in the UCLA School of Theater, Film and Television, alternates between Altman’s past and present as he recounts his life to real estate moguls who want to take over his shop, “King Solomon’s Treasure.”

His struggle to protect “King Solomon’s Treasure” has made the 90-year-old man and Holocaust survivor a local celebrity. Photographs, which are projected onto a texturized, black and white wall throughout the show, serve as windows into Altman’s memory.

Haid said he wanted a monochromatic set centered around black and white photography.

“I got really interested in (Haid’s) vision because he wanted to have the space be realistic, but at the same time, he wanted to make it very stylized, like some dreamy environment,” Nam said.

As set designer, Nam said she appreciated having control over both the style of the back wall and the selection of images. With help from the consultant photographer, Nam staged some of the photos herself, which she then dated through unsaturation to match the old-fashioned props.

Nam searched online for other historical photos which could not be staged, such as images of concentration camps. The only photos projected completely in color were those which corresponded with memories from a post-black-and-white photography time period.

When finding props, Nam’s main challenge was locating outdated objects in modern shops. Together with the prop designer and director, she gathered the “antiques” from assorted prop stores in Los Angeles, UCLA’s Prop Shop, Goodwill and the director’s personal collection.

Any props that were not already antique, Nam had to date herself; nothing on the set could appear new. Nam washed any papers on Altman’s desk with brown and white paint, and painted over every modern title appearing on the cover of a book, making sure no item looked less than 25 years old.

Toranj Noroozi, the lighting designer for the play, said she took cues from Nam’s set design to enhance the dated, dreamy aesthetic, keeping away from saturated colors and effects to match Nam’s unsaturated color palate.

The real-time moments in the play take place in “King Solomon’s Treasure,” in which Nam concealed props specific to each of Altman’s stories among her carefully constructed, antique chaos.

“It’s supposed to be an old, cluttered, messy place, and somehow (Altman) is the only one who knows where everything is,” Laskin said.

For Nam, Altman’s desk is the centerpiece of the set, where he keeps his memorabilia, all props hand-picked by Nam in the design process. Laskin praised Nam for her ability to find items integral to Altman’s character.

“Certain things about design can be taught and are taught, but no one can teach you to have that sense of how (a set) should look. I think (Nam) is just a natural designer and a natural artist,” Laskin said.

Haid said his favorite prop is a “grandma phone,” located on Altman’s desk because the phone’s scratchy sound quality is reminiscent of earlier historical periods throughout which Altman lived.

Nam hopes her set will educate the audience not only on Altman’s past, but on the historical time periods and events through which he lived. Haid said Nam succeeded in bringing his vision to balance past and present to life through her work.

“My mind is filled with dreams all the time, and (Nam) makes them come true,” Haid said. “When you have a vision, an idea, it never becomes specific. But when you have a designer that is able to capture that, you’re able to do your work.”