Book Review: ‘The Abyss Surrounds Us’ 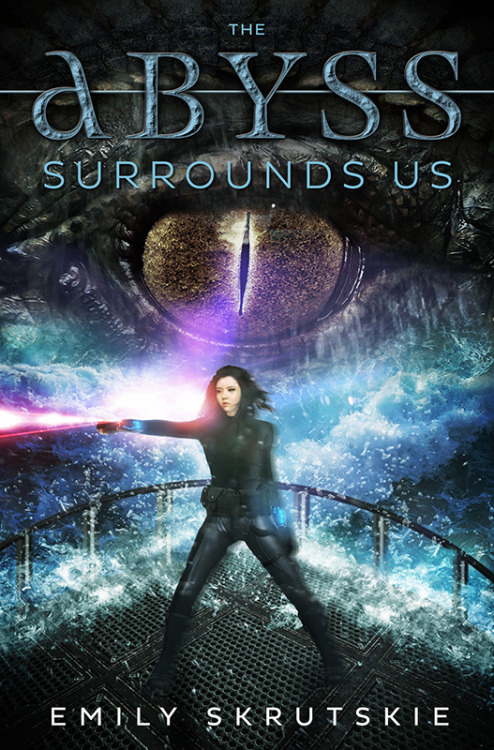 It is a truth universally acknowledged that the union of sea monsters and pirates makes for a great fantasy novel.

“The Abyss Surrounds Us” by Emily Skrutskie confirms this truth.

The first of a planned duology, the novel follows Cassandra Leung, a 17-year-old who has been taught all her life to train Reckoners, genetically-engineered beasts designed to defend ships in the pirate-ridden NeoPacific. When Cas’ first mission alone goes awry and she is captured by pirate captain Santa Elena, Cas is forced, the threat of death at her back, to raise the pirates’ unhatched Reckoner to fight for them. However, Cas has been raised to battle pirates, and she has no plans to change her ways anytime soon. “The Abyss Surrounds Us” is a thrilling fantasy packed with action and emotion.

From the descriptions of the Reckoners and how they are birthed to the complex governmental situation and social hierarchy, Skrutskie has thought of everything in building her world. The comparisons that Cas makes between herself and Swift, the pirate girl assigned to watch over Cas during her time aboard, highlight the social issues present in the world of “The Abyss Surrounds Us” like the disparity between the rich and poor.

The author also acknowledges the diversity that would have accompanied the described socio-political situation, adding authenticity to the novel’s set-up: Cas is of Chinese descent and the novel subtly includes characters who are Hindu, Pacific Islander or racially ambiguous.

The plot switches between high-intensity action scenes and slower emotional scenes. For example, Cas’ descriptions of the pirate attack are followed by a scene in which she contemplates her crippling guilt about her inability to protect the ship she had been assigned to. This pattern continues throughout the novel, and the two extremes balance each other out well.

Throughout the novel, Cas struggles to reconcile her conflicting emotions. While she has been raised to believe that pirates are evil and must be eradicated, her time with Santa Elena’s crew allows her to see them as real people struggling to make a living. She is forced to think about whether or not her actions as a Reckoner trainer are just as immoral as those of the pirates. This inner battle is captured beautifully as Cas questions her own moral compass and sense of priorities.

Much of the emotional intricacy also comes from the growing feelings between Cas and Swift. Swift is holding Cas prisoner, creating a problematic power imbalance between them. But as she learns more about her, Cas finds herself attracted to Swift, sympathizing with the situation that has led Swift into piracy. The interesting combination sets the scene for a romance that separates itself from the typical fantasy love story.

The only significant issue with “The Abyss Surrounds Us” was its length. Adding more pages would have given the author room to further flesh out the romance and add to the limited interactions that Cas has with the other pirates, strengthening the novel. As the novel stands now, Cas’ meaningful communications involve only Swift and Santa Elena.

However, based on the novel’s ending, its sequel – expected to come out in 2017 – promises to display an even more complex dynamic between Cas and the other characters, and the sequel will hopefully fill in any gaps.

“The Abyss Surrounds Us” creates anticipation for a sequel that promises to be just as action-packed and emotionally charged.