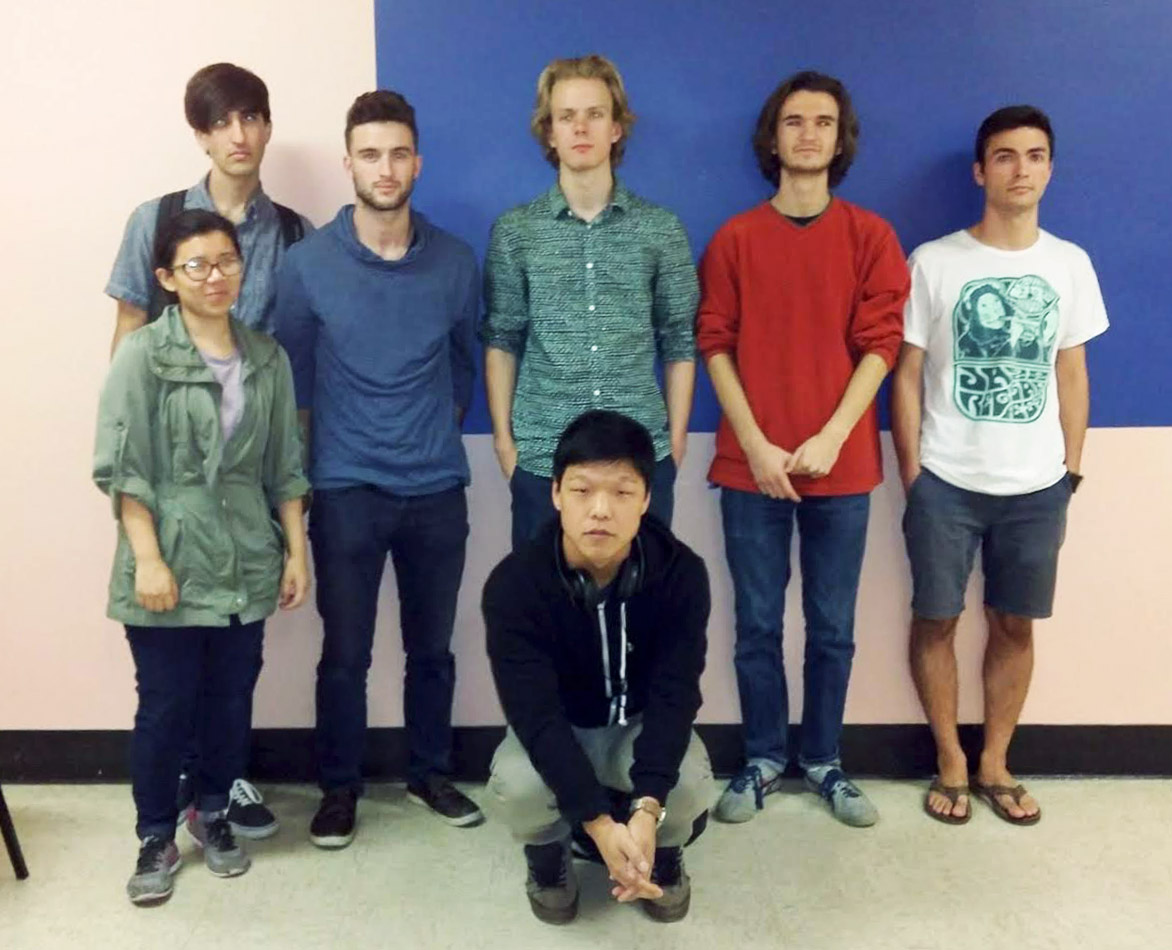 Student-run jazz band Swingers will perform Thursday as part of Fowler Out Loud. Second-year ethnomusicology student Joseph Kwon organized the event as a way for the band members to get together amid their busy schedules. (Courtesy of Vanessa Chung)

The Swingers looked up to jazz artists like Freddie Hubbard and Charlie Parker, yet never replicated their performances exactly.

The members of this seven-piece student jazz band used their love for classic jazz music to reinvent it in their own unique way.

Joseph Kwon, a second-year jazz ethnomusicology student and organizer of the group, practices with members from the band from time to time but finds regrouping everyone at the same time and place difficult. Kwon said putting on a show together, which will be held at the Fowler Museum Thursday, was one of few opportunities for everyone to perform together.

The Daily Bruin’s Emanuela Boisbouvier spoke to Kwon about the band’s approach to renovating jazz music, how it copes with reaching a student audience and how it approaches music with a unique perspective.

DB: How did you come up with the concept of modernizing swing and jazz?

JK: It’s more of a collaboration. Everyone in the group has different interests and influences in terms of music. We all play jazz, but within jazz there are a lot of different areas you can be interested in, since there are so many musicians. I left it open to the group to bring their influences in so we could play and combine different types of jazz.

DB: How did the process begin?

JK: I asked them to play this date about three months ago. We also started performing together around that time. I have a pretty good take on how everyone plays and how everyone approaches certain musical situations. Ultimately I left it up to them to decide when they wanted a solo or how they should organize the arrangements. In that sense, we came together as we played together.

DB: How is your swing music unique and different from more traditional groups?

JK: There’s a theory that everyone grows up a little like his or her parents. I would say the same thing about this group. Everyone has their own influences from the jazz world, paying homage to the people they look up to and respect. We’re playing some of Freddie Hubbard’s tunes, for example. Yet we’re not going to play a solo that is exactly like his because each artist has a different thing to say when he or she plays.

DB: How do you cater swing to college students who may not be used to that kind of music anymore?

JK: My belief is that there’s good music and there’s bad music. My goal for this show was to play some good music regardless of how people receive it. The audience is going to be comprised mainly of people we know.

I rarely perform, so I thought it was about time to put out some music. My friends are supporting me as I do my thing. My goal was to create more playing opportunities for jazz musicians at UCLA. There’s a high demand for hip-hop and pop music. A member of the band, Jack Bastian, even plays for Apollo Soul, an instrumental student band. Which is why having a jazz performance really stands out.

DB: What would you say your role is in the band?

JK: I’m just kind of the catalyst who set this up. Everyone in the band is a musician. They’re doing their stuff but don’t organize that many opportunities to play all together. They’re not actively seeking to perform. In that sense, I would say that I helped them get out there and really go for it.