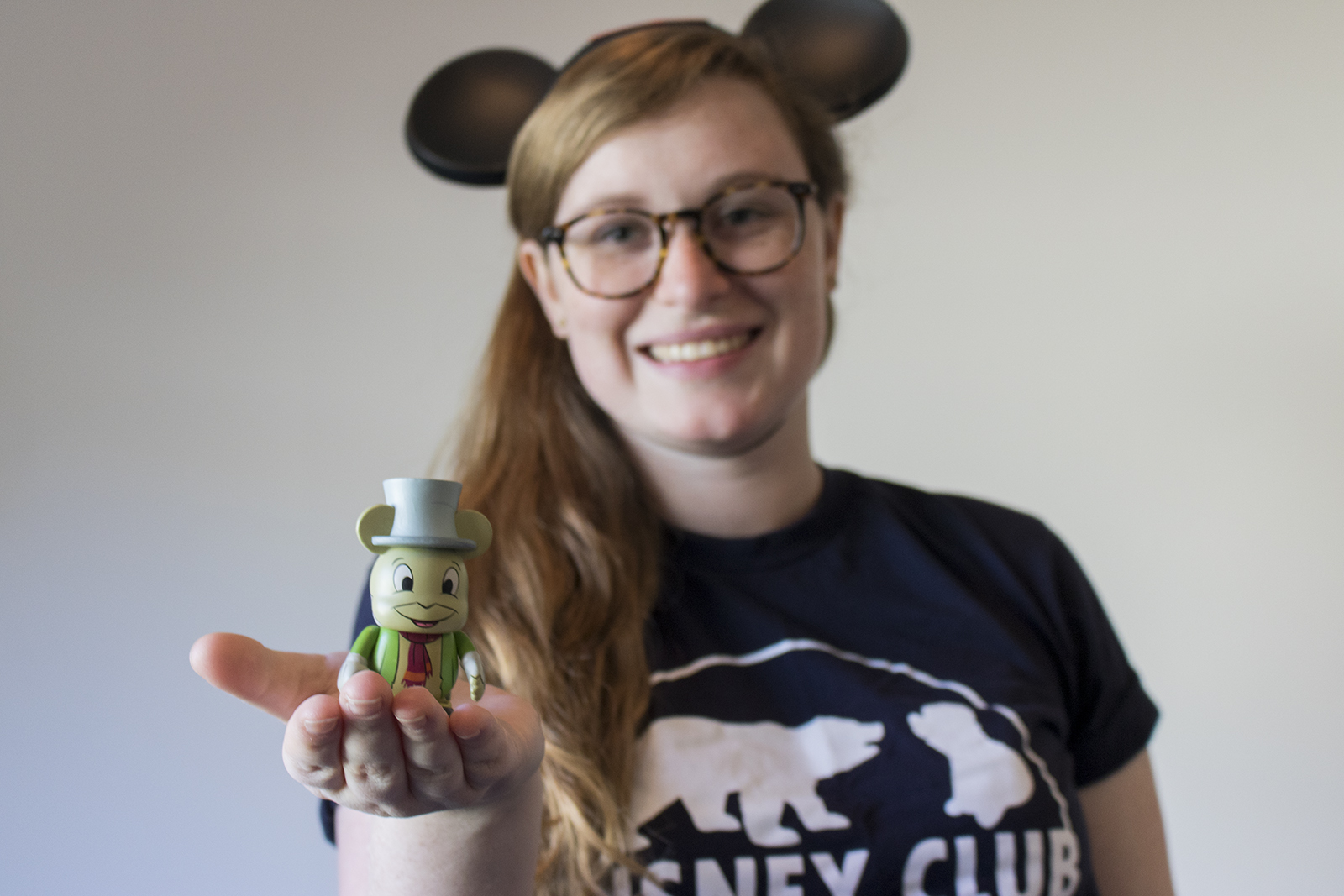 The princess dress demographic in Disneyland has evolved greatly over the past couple of years. The number of tiny Elsas I have nearly stepped on while strolling through Main Street, U.S.A. is alarmingly high, and I would be lying if I said the sea of Elsas did not disappoint me.

But, my most recent trip to Disneyland offered small islands of hope in the Snow Queen sea. My heart swelled with pride at the sight of baby Cinderellas.

Finally, a return to the classics, I thought. But I was wrong.

The miniature Cinderellas were not proof of a classic revival at all. These girls did not have their hair in tight, sparkly buns, mimicking the animated servant-girl-turned- princess from 1950. Instead they let their hair down, emulating the long, golden locks of Lily James, the actress who plays Cinderella in the 2015 live-action remake of the animated classic.

As a self-proclaimed, die-hard Disney fan, I am usually the first to support the company’s latest creation. I applaud Tim Burton for his creative and haunting take on “Alice in Wonderland,”but others have paled in comparison. Some of the recent fairy tale retellings, such as “Maleficent” and “Cinderella,” have left me unsatisfied.

“Maleficent” was a hastily pieced-together rendition of a timeless classic, with plot holes that could not be masked by Angelina Jolie’s star power. Though well-cast and true to the original story, aside from Cinderella’s new hairdo and the elimination of musical numbers, “Cinderella” felt like nothing more than a bland replica of the original feature.

UCLA screenwriting professor Richard Walter said he believes the live-action remake phenomenon is a dangerously safe move on Disney’s part, because audiences will get exactly what they expect.

“I want my expectations to be exceeded. I don’t want what I expect,” Walter said.

But why the sudden remake inundation? My first conclusion was because of money. I thought Disney must have predicted hordes of people would flock to theaters to relive their childhood memories.

However, animation professor and director for Disney Channel’s “Recess,” Chuck Sheetz, offered a different answer: a “digital revolution” in live-action filmmaking. With the help of advanced computer-generated imagery, a new opportunity has been created for live-action that can bring fairy tales to life in ways 2-D animation could not, Sheetz said.

He said the CGI revolution has created a new genre of filmmaking, a hybrid of animation and live-action, which draws on the star power of A-list actors.

“Through the ability to composite and use 3-D animation, you can have live-action people morph into different things and stretch and move like an animated character,” Sheetz said. “Because it’s digital, the face of a character is actually Johnny Depp or a famous actor being manipulated.”

But, even when Disney pulled out all the CGI stops, “Cinderella” still failed to woo me. Even through the beautiful ball gown and magical pumpkin-to-carriage transformation, I felt cheated by the lack of originality.

Disney would be wise to either completely reinvent their next remakes, like Tim Burton did with “Alice in Wonderland,” or attempt something new. They should move away from stories that have been told time and time again on countless VCR, DVD, and Blu-ray Disc players, and instead remake stories that were box office failures the first time around.

Abbie Bender, a fourth-year civil engineering student and member of UCLA’s Disney Club, expressed her excitement for the upcoming remake of “Pete’s Dragon,” a movie that received little appreciation with its first run.

“When they remake ‘Cinderella,’ there’s so many people who are familiar with it that it’s going to be somewhat repetitive for everybody seeing it, but I think ‘Pete’s Dragon’ is a little more unique,” Bender said.

Personally, I think simple regurgitations of well-loved classics are pointless. I hope that in future remakes of their animated features, Disney will make a point to do something new and exciting with the original material. I am not interested in watching the same story unfold with the addition of famous faces.

Otherwise, to all the little Cinderellas out there, I suggest they watch the original, animated fairy tale and tie their hair up in buns for their next Disneyland visits. I will only recommend the live-action remakes to my future children if the filmmakers go in with a more creative mentality.

“Your loyalty, your creditor, is the audience coming to see that movie; work for them,” Walter said. “You should give them the best movie that you can, and if that involves taking liberties with the original material, that’s what you should do.”