The Quad explained – does UCLA even have one? 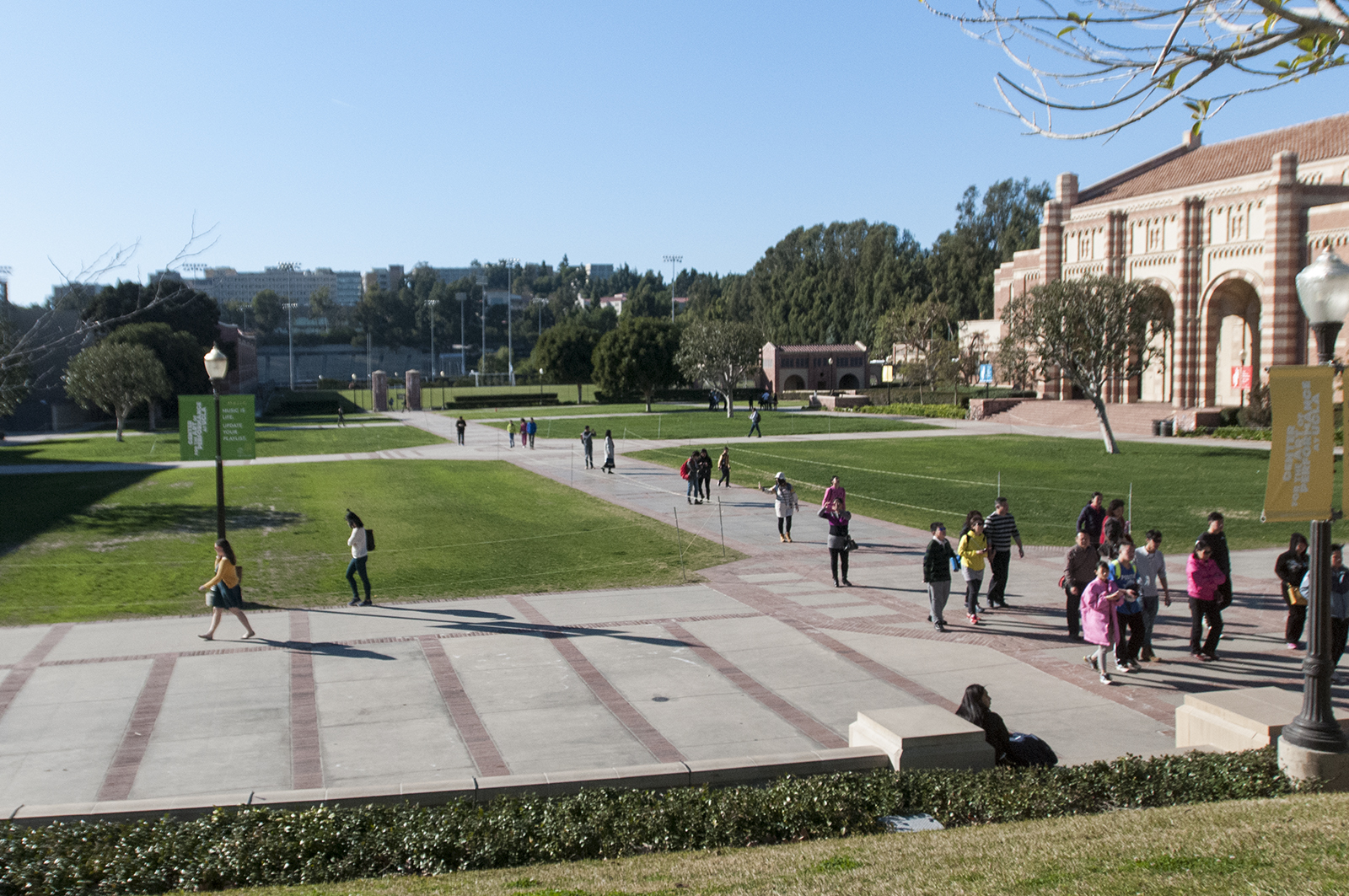 It should be rather obvious as to why this is the case. The Romanesque revival architecture on campus, characterized by the red-orange bricks that line structures old and new, are as much a selling point for the campus as the days of sunshine Los Angeles gets in non-El Niño years (329).

Indeed, it seems unlikely that students who live on campus think much about the open spaces on campus either – we’re too busy running from dorm to class to club meeting to dining hall to pause and think about where we are walking.

Part of this is intentional. Good planning and landscaping makes for unobstructed movement; if students are thinking about their commutes within campus, it’s probably because they have something to complain about – the challenge of navigating the labyrinthine Boelter Hall is one example.

What thought, if any, has been put into the grassy areas and walkways scattered across campus?


This blog’s namesake is taken from Royce Quad – the grassy space that lies between Royce Hall, Powell Library, Haines Hall and the Humanities Building. They are the four original buildings of the UCLA campus, and almost all of the construction that has followed has taken pointers from them.

Except there’s one thing: Royce Quad isn’t a quad. At least, according to its official designation on the UCLA campus map, which gives the open space the stodgy name of Dickson Plaza. Who’s Dickson? As it turns out, he’s one of the founders of UCLA, known for championing the move of the campus from downtown Los Angeles to Westwood and establishing its independence from UC Berkeley.

Further investigation reveals that UCLA is absent a quad of any kind. However, we have parks, steps, courts, courtyards and walks. What gives?

As it turns out, we are wont to play fast and loose with the term “quad” and apply it to any space on campus that has grass. In the little-known field that is campus architecture and planning, however, quad is shorthand for quadrangle, a very particular form of space that – and this is key – is nearly or completely surrounded by buildings. In other words, it’s an open space in a closed area.

Some of the earliest and most famous college campuses in this country and the English-speaking world have quads: there’s the Harvard Quad, surrounded by its residential houses; the Francis Quadrangle at the University of Missouri, famous for the columns that remain standing after the campus’ first building burned to the ground in 1892; and the quads of the individual colleges that comprise the University of Oxford.

The Oxford quads are a critical detail in all of this. The earliest American colleges, established before the birth of the United States, were founded in the European tradition because it was the only tradition the colonial leaders that established them knew. Most notable of the influences was the Oxbridge model, which refers to the structure of higher education present in the universities of Oxford and Cambridge – two of the oldest schools in the English-speaking world.

Unlike the universities of today, Oxford and Cambridge are understood more as agglomerations of the individual colleges within than single, unified universities. What this means is that students even today indicate their preference of college when applying and identify more as students of a college, than of the university. UC San Diego is a notable University of California campus in its attempt to emulate this system.

With all this considered, why would UCLA have several plazas and not a single quad? The reason might lie in the planning philosophy that pervades throughout the construction of both the campus and Westwood Village – to remind visitors and students of a Mediterranean climate. The multiple plazas also reflect efforts past and present to establish a quintessentially American style of college campus – open in thought and spread-out in space, as to provide a contrast to the cloistered design of enclosed quads (and the dismal weather) in England.

Has this design philosophy helped the campus? That may be a challenge to figure out; UCLA is one of Los Angeles’ top tourist attractions, but the selling point is more Royce Hall than Dickson Plaza. But without Dickson Plaza, there might be no space to take that selfie in front of Royce Hall in the first place.

Homework helper/driver needed for a 9th and 11th grader to stay organized and on track in all subjects, but especially math & science. Competitive pay and flexible hours, Mon.-Fri. b/w 3-7 pm in Brentwood. Help with school pick up at 2:50 pm is a plus, but not required. Contact Julie at psychmedgroup3[email protected]