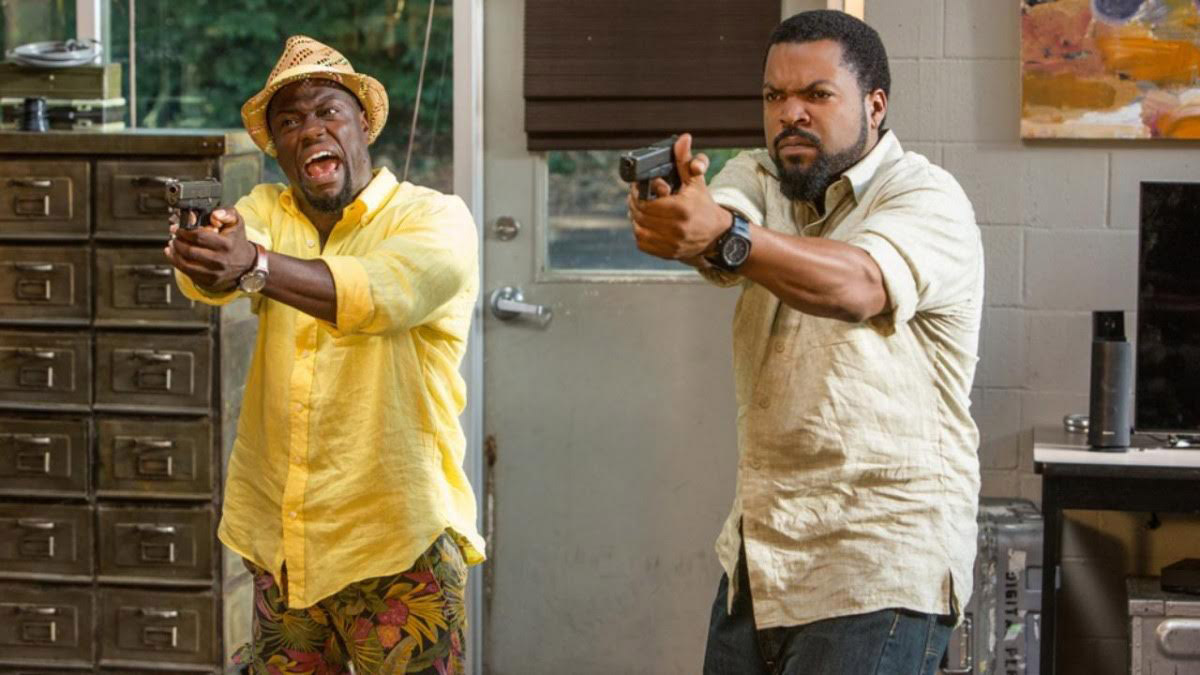 It’s easier to start discussing “Ride Along 2” with the positives. There are one or two scenes of original comedy, primarily because of how devoted Kevin Hart is to seeming like the most ridiculous beat cop in the world. And Peter Elliot, the film’s editor, does a fine job with the many outlandishly conceived chase sequences.

It’s an uninspired tour of an overly fantasized Miami that tries to use slapstick and race-based humor, but physically grinds to a halt each time. The movie will do fine at the box office and as a staple of cable TV repeats to fall asleep to. But so much of it bores, even compared to its predecessor, that it stands as a towering example of moviemaking lessons not learned.

“Ride Along 2” wants viewers who either forgot or have never seen the first “Ride Along” to approach the movie freshly, because practically nothing about it references the first film. Hart plays Ben Barber, who occasionally goes by the nickname Black Hammer, a joke from the first “Ride Along” that is never remotely explained here. Fresh out of the police academy, Ben is now a fully trained Atlanta cop, which is shocking considering how awful he is at his job.

Ben is engaged to James Payton’s (Ice Cube) sister and is overstressed about planning the perfect wedding. James, an officer with a no-messing-around attitude, takes Ben to Miami for a case involving the embezzlement of a powerful drug lord. While there, they bond as partners and do ridiculous things. Ben, constantly made to suffer, eats nachos out of a garbage can and runs from a pet alligator. It’s all very unfunny.

In director Tim Story’s sequel, the hardest thing to deal is how little he tries to improve on anything he did the first time. If it weren’t for the wedding plot line and the titular “2,” audiences would probably have a difficult time telling the sequel apart from the original. Not that they’re the exact same movie, but there’s nothing about this film that makes it stand out against any buddy cop movie ever made.

It’s a shame, given there are so many new characters on the cast. Ken Jeong, though not particularly known for his cinematic success, is a reasonably original comedian in today’s scene – very few movie roles since “The Hangover” have quite met the crude absurdity of Mr. Chow. But in “Ride Along 2,” Ken plays A.J., a hacker who insists that his nerd-like qualities are a stereotype, a character purely there to be Ben’s friend. He has no other describable personality traits.

Even less can be said for Olivia Munn’s Miami officer Maya. Throughout most of the film, Maya is a hard cop with a stern personality, similarly designed as a friend/love interest hybrid for James. Never mind that her most interesting moment in the movie is a dance sequence that’s meant as a distraction for the others – Maya has absolutely no purpose. By the end of the film, she breaks down in spontaneous blubbering moments around James, which only result in reducing her little-existing persona.

But still, Maya towers above every other woman in the film who are, without exception, background models that walk around Miami in bikinis. That kind of self-regard is strewn throughout “Ride Along 2,” a film where every car is gorgeous though easily replaceable, every person is beautiful though easily manipulatable, and every mistake is significant though easily fixable.

It’s disappointing that “Ride Along 2” couldn’t have been a misstep; at least audiences can casually laugh at those. Hart and Ice Cube’s playful vacation adventure of team building and camaraderie – although Ice Cube’s character doesn’t even want to be seen with Ben – is no step at all.

“Ride Along 2” is big-budget, yet glaringly cheap at the same time. Technically, it’s not even a ride along anymore. It’s just nothing: a big, contradictory, cinematic nothing.