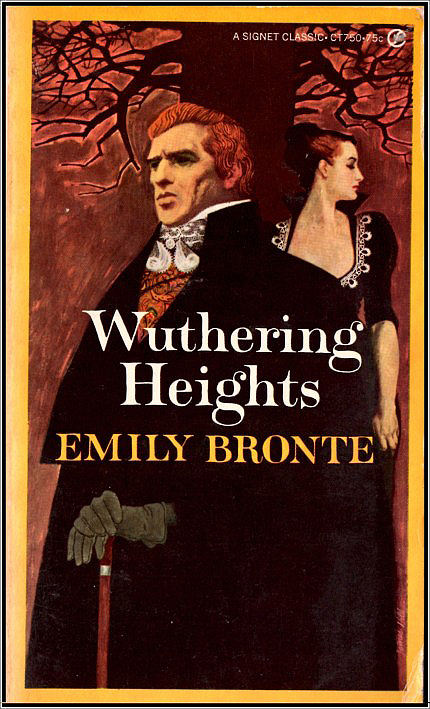 Reading “Wuthering Heights” filled me with so many emotions that, upon finishing the novel, I was left somewhat baffled about what exactly I had just experienced.

Initially published in 1847, Emily Brontё’s “Wuthering Heights” is referenced in countless books, movies and even anime. As a self-proclaimed classics lover and avid reader, I found it a little embarrassing that I had not yet read it. What better opportunity to rectify this regrettable situation than by reading it alongside “Worlds of Ink and Shadow” by Lena Coakley, a novel about Emily Brontё and her siblings?

“Wuthering Heights” tells of Heathcliff’s destructive love and passion for Catherine Earnshaw. Heathcliff was adopted by Catherine’s father as a child, but upon Mr. Earnshaw’s death, he is bullied by Catherine’s brother. Under the incorrect assumption that his love for Catherine is not returned, Heathcliff abruptly leaves the household only to return years later as a wealthy man, poised to exact his revenge for his previous suffering.

“Wuthering Heights” is a chaotic novel, beautiful in its complexity but terrible in its wickedness.

The novel is exceptional in that none of its characters are likable. From the narrator to the servants to the main characters, each is presented in a manner that highlights his or her faults. Somehow, the characters’ flaws draw the reader in. One cannot help but search for redemption to be found within the characters and, upon being disappointed, pity their existence.

By the end of the novel, I found myself wanting Heathcliff to die for all of the evils he had committed against those around him, like tricking a naïve girl into marrying him by pretending to care for her and then treating her cruelly after she has served her purpose. At the same time, the torment Heathcliff appears to suffer from is not pleasant to read about. Readers may wish the situation could be different, that Heathcliff could be kind and loved in return.

At first glance, “Wuthering Heights” appears to have no relatability to today’s UCLA student. It is set in late 18th century England and tells the story of a man who seems possessed. However, the story explores themes of revenge, obsession, passion and loneliness that are relevant to the experiences of college-aged students. Reading “Wuthering Heights” might be worthwhile to students who want a release for similar emotions of their own.

It is impossible to wholeheartedly say “Wuthering Heights” was an enjoyable read. The cruelty and lack of decorum displayed by many of the characters made the novel unlikable in retrospect, despite the characters’ allure as the story pans out.

“Wuthering Heights” is a brutish masterpiece that left me both impressed and appalled.