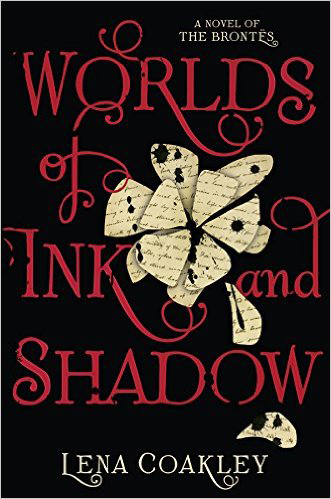 Many readers’ ultimate dream is to physically visit the worlds they only get to experience in print.

“Worlds of Ink and Shadow” by Lena Coakley takes readers into the lives of the teenaged Brontё siblings with a fantasy twist. Taking refuge from their rigid home life, the Brontёs are able to use their powerful imaginations and writing ability to physically transport themselves into Verdopolis, a fictional world of their own making. However, crossing over to another world comes with a steep price, and as the Brontёs try to put an end to the world they’ve created, Verdopolis and the characters the siblings have created within it refuse to let them go.

It might sound confusing because Coakley bases her characters off the Brontё siblings but treats them as fictional characters. Her fictional versions of the Brontёs envision and create characters within the world of Verdopolis. The novel spins a complex web with its multilayered storyline in a manner that is impressive and captivating.

The Brontё family has been undoubtedly recognized as one of creative genius. Each sibling has left his or her mark on the creative world, from Charlotte’s “Jane Eyre” to Emily’s “Wuthering Heights” to Anne’s “Tenant of Wildfell Hall” to Branwell’s poetry.

In any work of metafiction, there is always the danger that the novel will end up choppy, the line between fact and fiction all too clear. “Worlds of Ink and Shadow” does a beautiful job of blending reality with fantasy. If anything, the novel leaves readers questioning what was real and what was not. While this ambiguity could be frustrating in some cases, it works well with the storyline. As the line between the real world and Verdopolis blurs for the Brontёs within the novel, it does so for the readers as well.

Despite the convolution that results from having multiple layers of fiction within one novel – especially when it incorporates both fictional and nonfictional characters – the style of writing itself is straightforward. While the characters of Verdopolis bleed into the Brontës’ real life uninvited, the direct writing style helps the reader keep track of the sequence of events that occur both at the Brontёs’ life at home with their father and the world of Verdopolis that they have made up.

Unfortunately, while multiple plots play out at once, the overall storyline moves forward slowly. Coakley chose to incorporate multiple points of view for each major scene, and as a result, individual scenes drag on a bit too long. When Charlotte decides that she must stop visiting Verdopolis, Branwell and Emily disagree. This could have been detailed in one or two chapters, but the novel includes a chapter announcing Charlotte’s decision, another describing Charlotte’s inner reasoning and one each about Emily’s and Branwell’s thoughts and attempts to dissuade Charlotte. At the end of a fifth chapter, Charlotte agrees to one last visit to Verdopolis to tie up loose ends, moving the plot forward at last. The author might have done better to spend more time fleshing out fewer points of view.

In a similar dichotomy, the story builds up to its climax dramatically, with the Brontë siblings announcing they will write a spectacular last story set in Verdopolis. However, subsequent events lead to an ending that is unsatisfying, with the characters making decisions that just as easily could have been decided at the start of the novel.

Regardless, “Worlds of Ink and Shadow” offers readers a deep level of immersion with its complex world-building. The layers of reality within the novel and how those layers interact with each other make it truly worth experiencing.