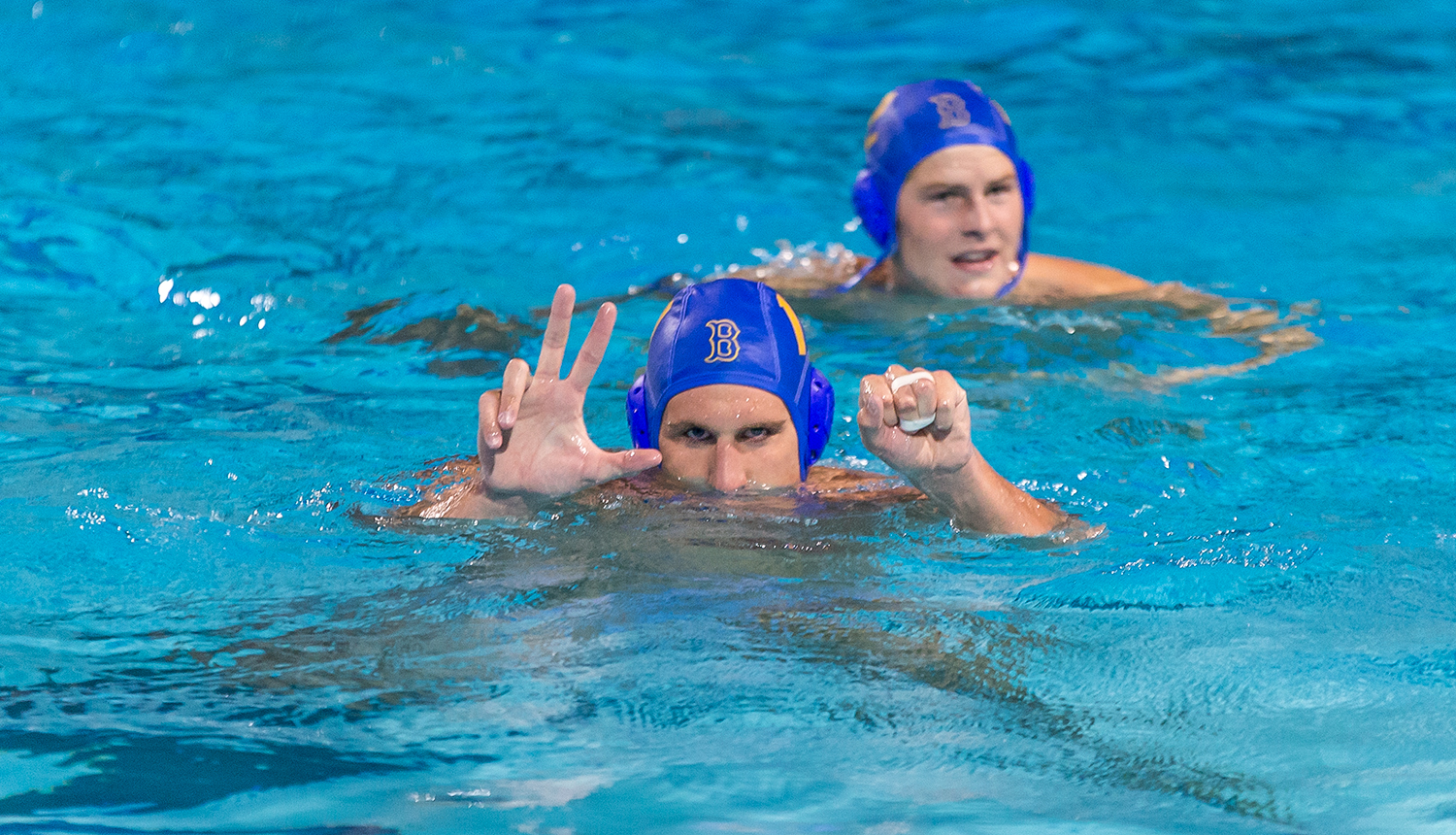 Sunday night was the culmination of a year-long quest for the men’s water polo team, one that seemed destined to end in a national championship.

With their 10-7 win over the USC Trojans in the NCAA Tournament final, the Bruins cemented a long-lasting legacy by hoisting the national championship trophy for the second straight year and sealing the eighth undefeated season in the history of NCAA men’s water polo.

GAME WRAP: Read the full recap of Sunday’s victory over the Trojans.

It marks the 10th title for the UCLA program and the Bruins’ first undefeated season since 1969, the first year that men’s water polo became an NCAA sport.

“UCLA has had a very historical past and to continue the tradition of just good water polo and carrying it out, I couldn’t be prouder,” said junior attacker Ryder Roberts.

Sunday’s win came in a rematch of last year’s final, allowing UCLA to avenge USC’s back-to-back championship-game victories over the Bruins in 2011 and 2012 with back-to-back wins of its own.

“You gotta give credit where credit is due. I mean it’s pretty impressive, USC has played in 11 straight Final Fours,” Wright said. “Obviously they are well-coached, it’s no secret (Trojan coach) Jovan (Vavic) was named Coach of the Century for a reason. They do a really good job and congrats to them for a really great season.”

Prior to the final, UCLA faced its neighboring crosstown rival three times during the season, outscoring them 27-18.

UCLA never wavered throughout the season, holding its No. 1 ranking the whole way. Its closest game came in an overtime win against No. 2 Cal in the MPSF tournament final that helped earn UCLA the top seed in the NCAA Tournament.

After an easy 17-4 win over the UCSD Tritons in Saturday’s semifinal, the Bruins advanced to the championship, where they would be forced to fight to earn the trophy.

Back-and-forth attacks in the first half pushed the game into a one-goal battle. In the fourth quarter, the Bruins came out firing, scoring another two goals to build a lead the Trojans could not overcome.

With a last-second goal from junior attacker Patrick Fellner, UCLA sealed the championship.

“We’ve been trained all year to play the same way every single second of every single game,” Fellner said. “We don’t … say, ‘Hey we’ve won,’ until we’ve actually won.”

Throughout the season, the Bruins were known for their powerful offense and ability to spread the scoring across multiple players. Rather than just relying on one specific scorer, UCLA could look to anyone on the offensive attack.

Leading the Bruins in scoring for the 2015 season was Roberts with 57 goals, followed by sophomore attacker Max Irving with 47 and Fellner with 38. Roberts was named the NCAA Tournament MVP.

“Everybody on the team has played phenomenally all year from top to bottom …that’s why we have this undefeated record because coach always says, ‘There will be a point in time if you’re ready, you’re ready,” Roberts said. “And all the guys on the team were ready.”

THE HISTORY: The Bruins become the 17th perfect team in UCLA history. Read more about the other 16.

UCLA stuck to its strengths throughout the season – one of those strengths being a strong defensive mindset. The Bruins’ defense kept its opponents’ shooting percentage low by forcing difficult shots for the other team.

Goalkeeping in the cage by junior Garrett Danner was never lacking throughout the season. The upperclassman kept opponents to single-digit scoring for over half the season and became the anchoring player for the Bruins.

Danner broke UCLA’s all-time career saves record during the MPSF semifinals against USC, registering his 720th career save. Danner had a total of 32 saves in the NCAA Tournament and concluded the season with 773 in his career so far.

Although the Bruins will lose two seniors heading into next year’s season – utility Danny McClintick and defender Anthony Daboub, who each had a goal in the championship game – much of the roster will return as the Bruins attempt to build on their 33-game win streak, currently the second-longest winning streak in school history behind the record of 50 established from 1964-1968.

“Not many teams have been able to go through and do what these guys have done,” Wright said. “It’s something that they’ll be able to look back at for the rest of their life and know that they left a special mark here at UCLA.”