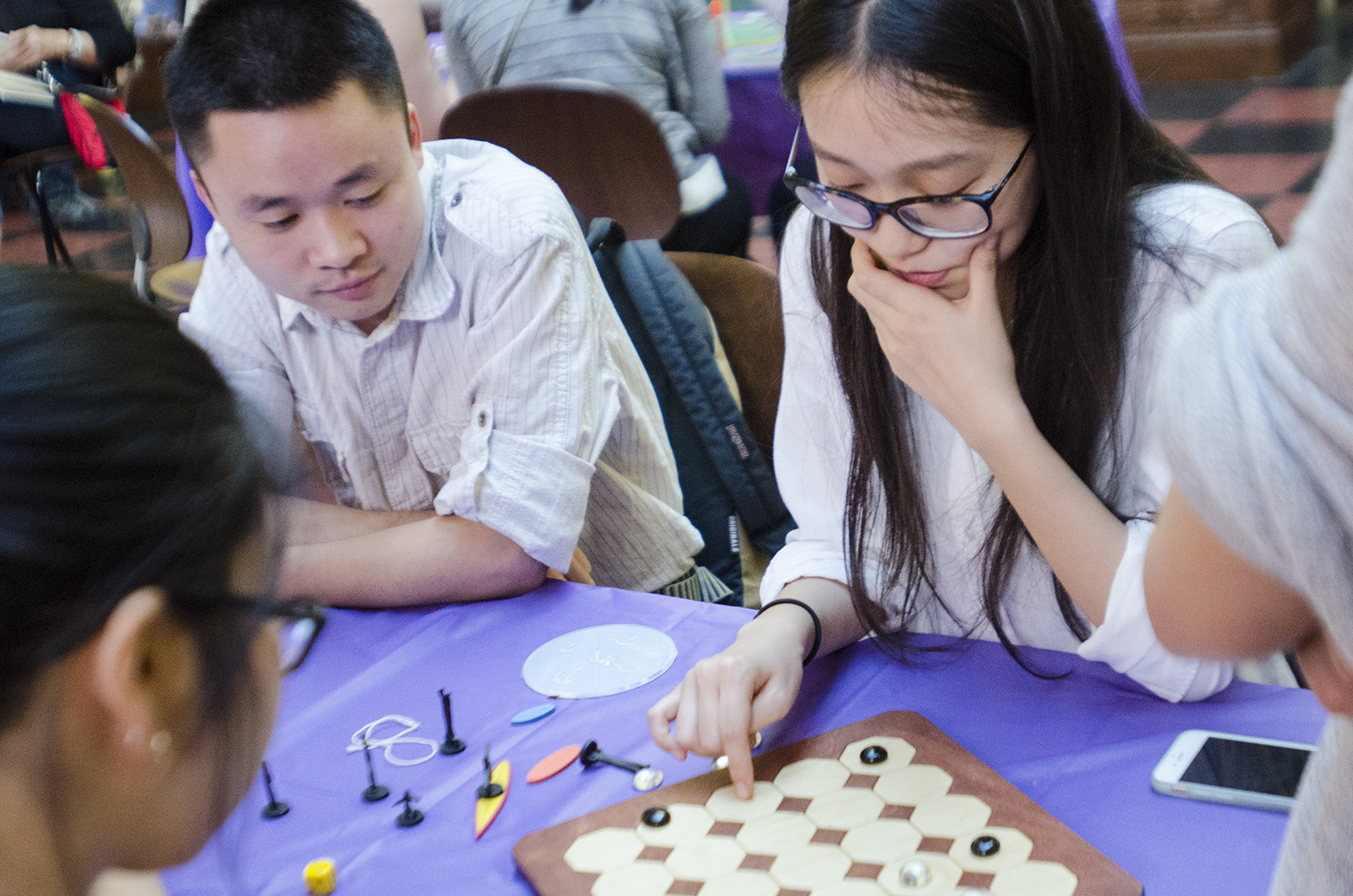 The Nintendo character’s voice added to the ruckus of gunshot echoes and zombie screams at the library’s fourth annual International Games Day.

In conjunction with the American Library Association’s International Games Day event, Powell Library hosted its own “day of play” Saturday, as attendees interacted with library staff and game collections.

Visitors participated in a variety of different games, ranging from classic board games like Mancala and chess to some of the latest video games like PlayStation 4’s “The Last of Us” and Nintendo’s “Super Smash Bros. for Wii U”

UCLA alumnus Simon Lee, an inquiry librarian and the lead for learning technologies at Powell Library, said he created the event in 2012 after attending a library conference to generate a community of support for game-based learning.

For the event, Powell Library acquired its own gaming consoles for the first time, Lee said. He requested that the library buy the consoles this year based on community feedback from previous International Games Days.

Several large monitors took up one part of the rotunda as students and visitors gathered around giant screens to play PlayStation 4, Xbox 360 and Wii U.

The largest crowd gathered around a single monitor hosting “Super Smash Bros.” Players mashed buttons and yelled furiously at the screen while trying to knock each other’s Nintendo characters off of a colorful, moving stage.

Lee said having the monitors and consoles helped draw more people in for the event than in previous years, exposing more people to the library’s books, like the international travel guides collection near the video games.

Across from the monitors, first-year human biology and society student Beyza Ozdemir played tabletop games, some of which were created by the UCLA Game Lab.

Ozdemir said one of her favorite tabletop games was a board game set in Disneyland. Within the game, Ozdemir assumed the role of a mother who must take her children on as many rides as possible, all while avoiding a measles epidemic.

On the other side of the rotunda, classic board game players traded logs and bricks while exchanging menacing looks during games of Settlers of Catan. Other players captured each other’s pieces in drawn out checkers and chess matches.

The event also showcased a production by UCLA’s Game Music Ensemble, which performed different soundtracks from popular video games in the center of the rotunda.

One tenor soloist Jonathan Balcewicz, a graduate student, performed a melody from the theme song of the “Smash Bros.” game that was being played right beside him.

Balcewicz said he has been an avid fan of the International Games Day every year and was especially excited for this year’s inclusion of console gaming.

Along with a day of playing games, this year’s event also marks the opening of Powell Library’s game collection to UCLA students, Lee said. Starting Monday, students will be able to check out video games like the “Call of Duty” games and “Madden NFL 16” for up to two weeks and one renewal with their Bruin Cards.

“Games in general have more of an engaging component that helps more learners be more engaged with whatever activity they are doing,” Lee said. “They are an experimental way for people to learn and explore and try new things.”