Geffen Academy location not working out for graduate students 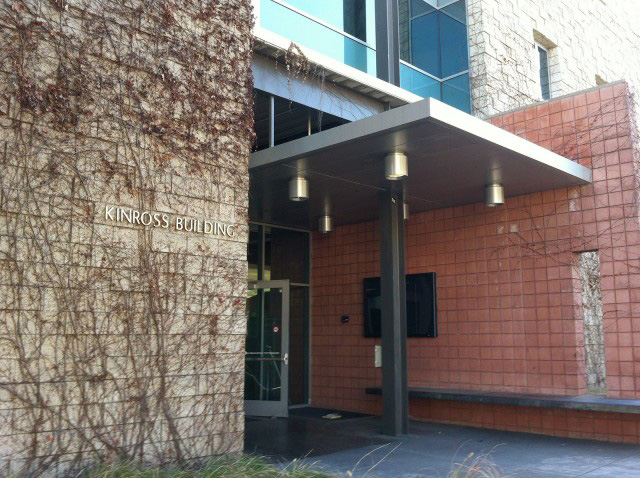 Last week, David Geffen donated $100 million to fund the Geffen Academy at UCLA, a school for UCLA faculty members’ children and middle and low-income Los Angeles students that is scheduled to open in 2017.

Some graduate student residents were upset the Kinross Recreation Center, or KREC, would move because students advocated for a location near graduate student housing. KREC was built on Kinross Avenue in 2012, after several years of discussion with UCLA administrators.

Graduate students were also concerned they were not involved in discussions about the new academy.

“After all this effort to establish KREC, they decided to throw the whole thing away because someone gave UCLA money,” said Steve Lookner, a graduate student in philosophy and former member of the Weyburn Hilgard Residents’ Association. “It’s like (graduate students were) an afterthought.”

DeLuca said KREC occupies two-thirds of the Kinross Building’s first floor. The rest of the building houses other temporary offices for the Fowler Museum and research, among other operations.

“The Kinross Building was a placeholder for something bigger – the new Geffen Academy,” DeLuca said.

Michael Weismeyer, a former member of the Weyburn Hilgard Residents’ Association who pushed for KREC’s establishment on Kinross Avenue, said he knew the Kinross location traditionally housed temporary operations, but didn’t expect the gym to close before officials settled on a new location.

Several students said they visit KREC on a daily basis because it is conveniently located.

“Going to Wooden would be inconvenient,” Lookner said. “It is much more crowded and some graduate students may run into undergraduates they TA.”

Michael Skiles, president of the Weyburn Hilgard Residents’ Association, said hundreds of students who live in graduate student housing on Weyburn Avenue don’t have cars, so it’s important that the new center be within walking distance.

Maereg Wassie, a graduate medical student, said he can work out for about an hour before going to work because the gym is located near his home. Wassie added he hopes UCLA will recognize the importance of health and fitness for graduate students.

“Graduate school is such an intense time,” Wassie said. “Some students face nervous breakdowns and stress (during their studies). The gym is important to mental health and it can be therapeutic – it’s more than just a gym.”

Lookner said the gym also provides a sense of community because it includes a study space where people can hold meetings and talk to their friends.

DeLuca said UCLA will include the graduate student government and the Weyburn Hilgard Residents’ Association in discussions about relocating KREC before the end of the quarter.

UCLA administrators reached out to the Graduate Students Association a few days after the announcement of the Geffen Academy. Administrators, GSA officials and the Weyburn Hilgard Residents’ Association are discussing whether they can relocate KREC to another location near graduate student housing.

Lookner said he thinks UCLA will temporarily ask graduate students to use the John Wooden Center because he doesn’t think UCLA can build a new center by 2017. DeLuca could not confirm whether students will be relocated to the Wooden Center, but said he is confident UCLA will find another convenient location for KREC.

“The repurposing of the Kinross Building without any acknowledgement that it would destroy our fitness center … suggests graduate student needs are far from the forefront of the administration’s priorities,” he added.

GSA President Milan Chatterjee said he invited DeLuca to speak at the GSA’s monthly meeting on Dec. 2, and plans to hold a town hall meeting during which residents can voice their concerns.