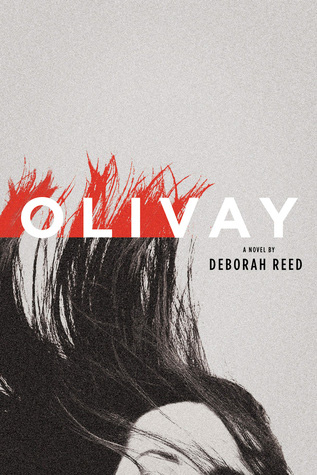 In large, boldfaced text at the top of the back cover of “Olivay” by Deborah Reed are the words, “We don’t believe that our lives can change in an instant – until they do.”

It is an elegant statement that, at first glance, promises depth and profundity. However, upon a closer look, its meaning is shallow – an accurate representation of the impression left by the novel as a whole.

A year after the traumatic death of her husband, Olivay meets Henry at a local cafe and the two spend what Olivay expects to be just one night together. The next morning, bombs explode in the street outside Olivay’s apartment and the city is put under lockdown, leaving them injured and stuck together in her ruined loft. Henry’s subsequent strange behavior causes Olivay to question what little she knows about him.

On the surface, the novel is written beautifully. The first few chapters are captivating, with an almost lyrical tone. In particular, the scene in which Olivay finds her husband on the precipice of death, run over by a motorcycle in front of their building, is poignant. She responds by going into shock and refusing to believe the situation she’s in. Her reaction is written like a stream of consciousness, immersing readers in Olivay’s confused frame of mind.

A series of instances, including the bombing at the Los Angeles Marathon, causes Olivay to repeatedly go into shock.

Eventually, her predictable reactions simply become too much. There are only so many scenes rehashing the same emotions of paralyzing distress and utter denial that a reader can take in one novel before wanting to stop.

The biggest issue with this novel is the lack of realism in its events and characters. While “Olivay” takes inspiration from many nonfictional events, like the Boston bombing, each of the occasions feels surreal because it’s so rare.

Both direct and indirect references to Westwood and UCLA can be found throughout the novel. While these references are amusing for a reader who is familiar with the area, “Olivay” begins to feel like a regurgitation of real life events such as the water main break that flooded part of the campus in July 2014 and the forest fires that have traditionally plagued Southern California. The events, taken by themselves, are already notable incidents. Putting them in sequence one after another, as this novel does, comes across as unrealistic and uncreative.

The relationship between Olivay and Henry also comes across as bizarre and improbable. There is only so much trust and familiarity that adverse circumstance can bring between two newly acquainted individuals, and the novel stretches the limits of the naturally binding effect of shared hardship. An individual like Henry is not likely to exist, especially considering his convenient knowledge of details that do not concern him whatsoever, like the identity of the person who accidentally ran over Olivay’s husband.

Throughout the novel, the writing maintains its leisurely elegance, but as the novel drags on, the style starts to feel out of place. The bulk of the action happens in the span of a few chapters in the middle and the rest of “Olivay” consists of flashbacks, Olivay’s extended internal monologues, and awkward conversations between her and Henry. The novel’s uneven pace ends up negating the effect that its expressive wording could have had with the proper pacing. Unfortunately, the rawness of the emotions only highlights the over-theatricality of the events.

Taken as a whole, “Olivay” makes readers consider the nature of happiness and in what manner love for another affects one’s contentedness in life. The story builds up anticipation for some sort of enlightening truth about life, but in the end, the majority of what is actually offered is comprised of pretty words and disappointment. I almost felt as if the author tricked me, as her reader, into thinking she was wiser than she really was.

While some readers may enjoy the opportunity to interpret the novel and the questions it raises in one’s mind as they wish, many will find it frustrating to sift through the philosophical queries “Olivay” boldly poses but, ultimately, does not answer within its own strange world of fictionalized reality.