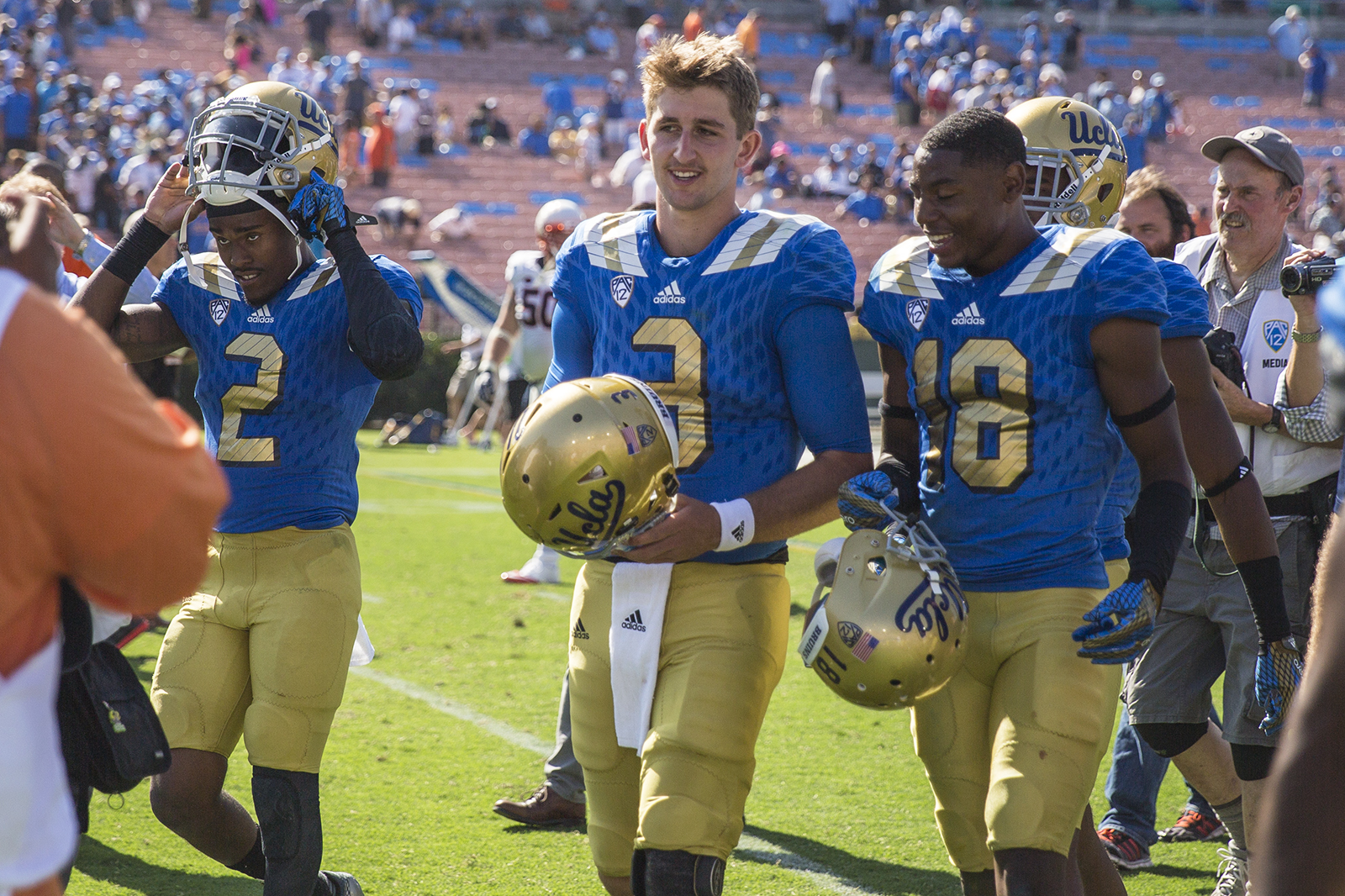 “FIRED,” read the screen. I couldn’t believe it. Sure, I’d just completed a 2-10 season – for the second time in three years, no less – but I’d also netted a top-five recruiting class.

My protests went unheard – as they often do when you’re screaming at a PlayStation – and my coaching tenure at Ole Miss was over. Frustrated, I exited NCAA Football Dynasty mode, imagining what that top-five recruiting class might do during their years in Oxford.

Obviously, in the formulaic world of a video game, they would perform well on the field. But would they take the program to the next level by attracting more top-notch recruits?

That’s the effect that many have predicted out of five-star freshman quarterback Josh Rosen – that elite prospects would want to join the Chosen One at UCLA. But that’s oversimplifying things.

The problem with genius, as has been said many times, is that it’s often misunderstood.

So when Rosen posted a grainy Instagram video of him enjoying some unidentified food – Was it pizza? Chicken parm? Jared Goff’s heart? – in an inflatable hot tub in his dorm room, most missed the point. Most people simply envied Rosen for the sweet setup, while some questioned his decision to post the evidence on social media.

As a connoisseur of (virtual) recruiting tactics, allow me to explain the brilliance behind the post.

See, Jim Mora obviously can’t waltz into a recruit’s home and explain that his dorm room would come furnished with a hot tub. So the freshman quarterback took to Instagram, posting a video that more subtly informed potential Bruins of the luxuries of life in Westwood.

But the plan backfired. UCLA Housing balked at the innovative marketing strategy, removing the hot tub from Rosen’s dorm room and alerting recruits to the possibility that football players might be treated as average students at UCLA.

How is Mora supposed to compete with coaches whose schools are more willing to turn a blind eye toward hydraulic housing infractions?

Now you might be telling me to, um, cool my jets.

And you’re right – I should cool my jets. This whole hot tub fiasco is not much more than a mildly bloggable blip on the college football radar.

But it does bring up an interesting point.

Entire recruiting visits are built around showing athletic teenagers that they too could be idolized and pampered, exalted and revered, if only they chose this particular school. “Look how great it is to be a football player here!” recruits are told.

The image of Rosen sitting in his hot tub, enjoying a nondescript meal, plays into that ideal. “It’s great to play football at UCLA! Just look at Josh Rosen living it up in his dorm room!”

UCLA Housing justifiably decided to bring down the hammer of reality, announcing to the nation that Bruin athletes are treated like average students.

I have no problem with it. But maybe some recruit will.