Travis Fife: UCLA should be more transparent in process for accepting donations 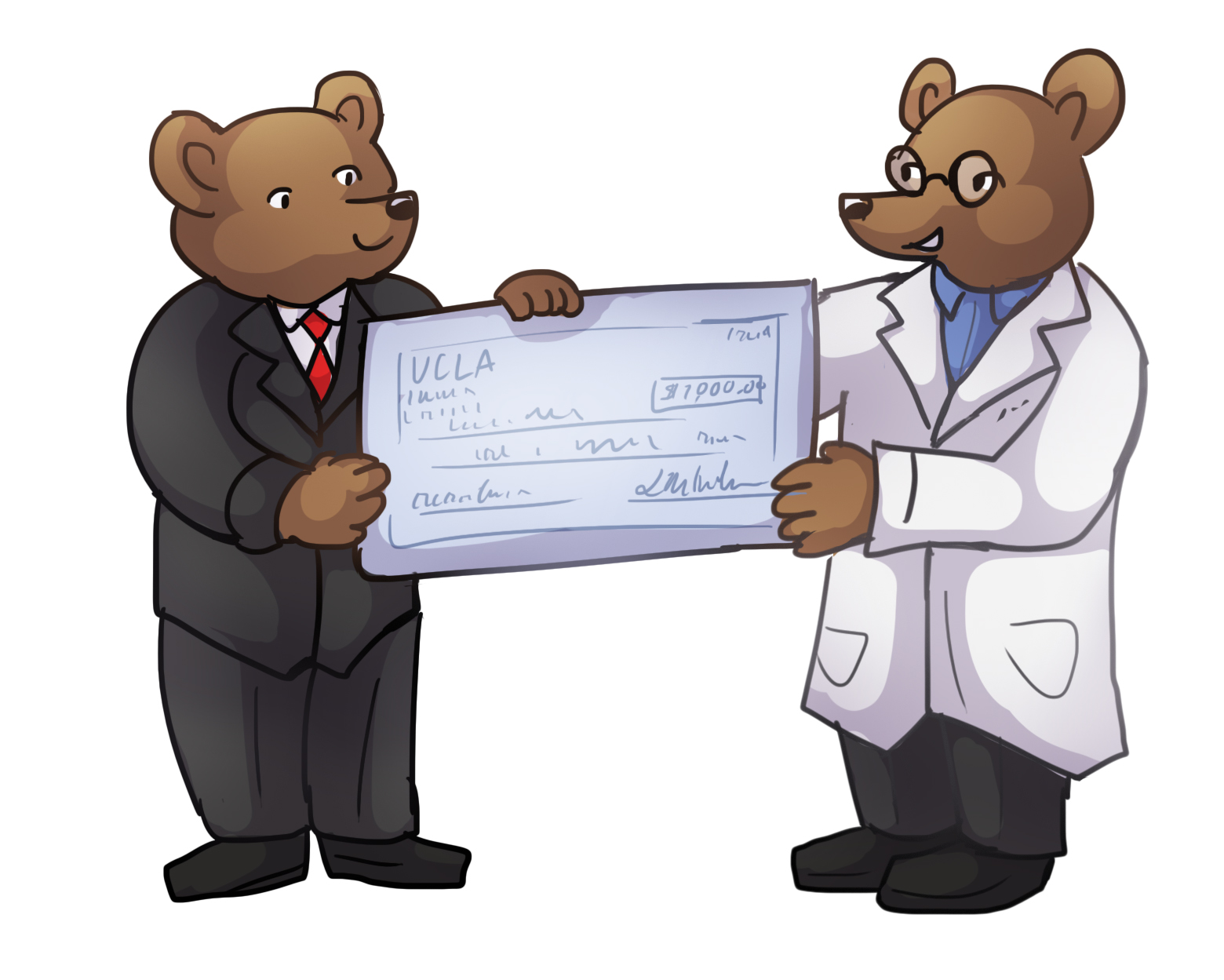 Much of academic research presents itself as a neutral account of the world around us.

Recently, however, a controversy in Washington, D.C., has sparked a debate about how money and finances can influence research. In this case, Democratic Sen. Elizabeth Warren called out economist Robert Litan for what she perceived as a conflict of interest in his testimony regarding the potential outcome of labor legislation Warren was fighting for. Litan was a non-resident fellow at the Brookings Institution and was forced to resign because of Warren’s accusations that his ties with the institute influenced his testimony.

Irrelevant of how justified Warren’s move was, the incident raises important questions for how we view research. There’s always a risk that financial ties and incentives, such as donations to researchers at universities, can influence the research that academics do.

This risk of bias, at UCLA, manifests itself in the form of regulating donations from private entities. To be sure, this is a problem at other universities as well. But this issue is especially pertinent for UCLA now. We are in the midst of a centennial campaign, which seeks to raise $4.2 billion by 2019. Additionally, UCLA prides itself on being one of the top research universities in the country. Holding yourself to such a high standards means that “this happens other places” isn’t a very good excuse.

In order to maintain this integrity, UCLA must increase the transparency of the standards and decision-making process by which donations are accepted or denied.

But UCLA’s recent past suggests that the principles by which it permits donations is selectively applied.

An alarming instance of conflict of interest in donations can be seen with the university’s handling of donations from Stewart and Lynda Resnick. As early as 2010, the Resnicks’ company Pom Wonderful was coming under fire for misleading advertising about the health benefits of their product.

In defense of their products, the Resnicks cited UCLA research, which they financially supported. In a particularly telling example, Dr. Allan Pantuck, the director of the Genitourinary Oncology Program Area at UCLA’s Jonsson Comprehensive Cancer Center, published research on pomegranates and prostate cancer, which the Resnicks supported for $480,000. The Federal Trade Commission criticized the research for its methodology as well as a lack of transparency in ties to the Resnicks.

The issue in this situation is clear – despite the FTC accusing UCLA professors of biases, the Resnicks are still able to contribute to UCLA research projects. The researchers involved appear to have sacrificed their work’s integrity based on their ties to the Resnicks. This isn’t just an issue of appearances either. If it’s the case that research results come from an unexposed bias, then this could harm the people who take the research to be true.

Even in 2014, after the FTC launched an investigation into Pom Wonderful and called into question the research being done at UCLA, the Resnicks still sponsored trials exploring the relationship between pomegranates and bacteria, as well as pomegranates and memory.

Additionally, the Resnicks’ reach in UCLA was not just a few professors. Even former president of the UCLA Health System, David Feinberg, was a consultant for the Resnicks, earning more than $100,000 while the Resnick-funded research was taking place. This reflects years of UCLA checks on academic integrity dropping the ball and allowing the Resnicks’ money to cast doubt on the integrity of the school’s researchers.

Moreover, there is also serious ambiguity in the standards the university holds donors to when deciding which donations are acceptable. For example, in spring of 2014, UCLA decided to reject, after accepting them a month before, donations from Donald Sterling, former Clippers owner who had recently been caught on tape making racist remarks to his girlfriend.

The Sterling debacle demonstrated an obvious lack of foresight on behalf of the university when they only decided to reject Sterling’s offer after there was public outcry, despite Sterling’s past in committing acts of institutional racism. In rejecting his money, the university cited the fact that Sterling didn’t share the university’s values. But all they would’ve had to do was a Google search of the man to find out the discrimination lawsuits that plagued his career.

While Sterling’s case is obviously not about conflict of interest in research, the example has a crucial parallel to the Resnicks’ donation. In both instances, UCLA seems to have not met it’s stated principles with the appropriate action. In other words, UCLA’s process for accepting donations was not transparent enough to ensure accountability.

These aren’t isolated incidents either. Lowell Milken’s donation to the UCLA School of Law came under scrutiny because the school accepted money from a man with a history of highly questionable business practices. What’s even more questionable is that the university severed its ties with Milken in 1994 because of his public reputation. This is another instance of the university being inconsistency.

In an email statement, UCLA acknowledged that conflict of interest is an issue and “review processes are in place to ensure that activities are carried out under the highest standards of ethical conduct.” But, obviously that begs the question of what types of checks are in place that ensure those accepting donations actually apply these high ethical standards. Given UCLA’s past, this type of overly general language seems insufficient.

Of course, donations are necessary to researchers’ abilities to conduct much of their work. But donations that come at the cost of the integrity of the research being conducted need to be distinguished from those that are necessary to sustain the work.

Ultimately, being a research university comes with a responsibility to prove to students and the public that the research being conducted is free from financial bias. This requires transparency and accountability – two things currently lacking in UCLA’s policy.