Westwood home to long history of Hollywood film debuts since 1931 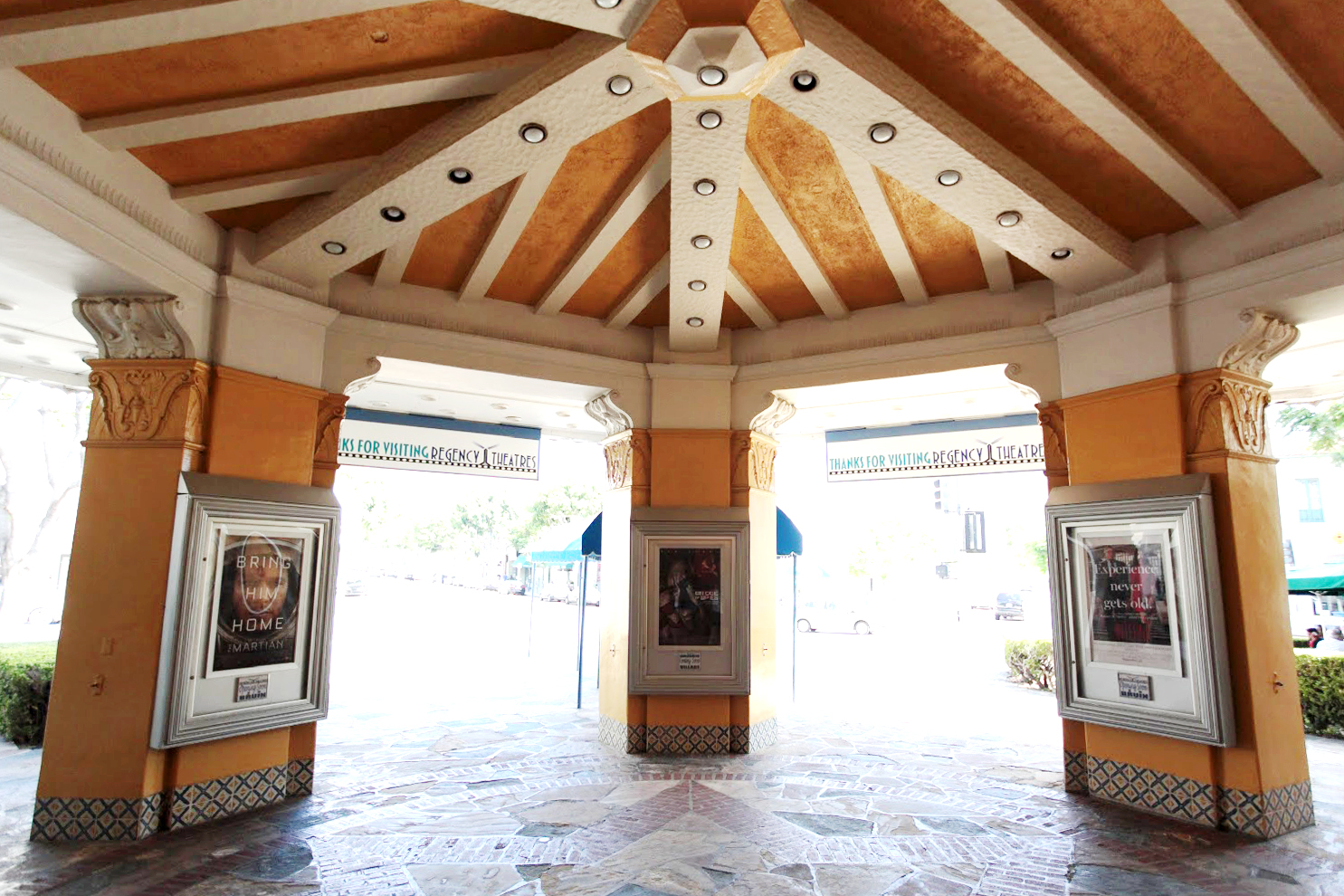 The Regency Village Theater in Westwood has grown to become a hub for movie premieres, hosting star-studded events that grow in showmanship every subsequent year. (Keila Mayberry/Daily Bruin)

Klieg lights circle in the sky above the the Regency Village Theatre, signaling for miles around that tonight is a special evening in Westwood.

Polished limousines pull up and out spill the stars of Hollywood, their dresses shimmering and their expensive smiles beaming. As they tread the thick red carpet, they strike a pose as camera shutters click and adoring fans scream, before stepping inside to see themselves in their new movie for the first time.

From the beginning, premieres held in Westwood were star-studded, glamorous affairs.

One well documented and photographed premiere from the early period was 1948’s historical action film “Adventures of Casanova,” which features Mexican actor Arturo de Córdova as the titular Casanova, fighting against a tyrannical local governor.

Crowds for the premiere were formed 10 rows deep, with a stand built to accommodate them on the sidewalk. The Fox Westwood Village Theatre itself was lit up for the occasion, and the awning above the red carpet was laced with palm leaves and props from the film.

Steve Sann, Chair of the Westwood Community Council and a UCLA alumnus, said when premieres started out in Westwood, the events were entirely run by the Hollywood studios. Fox even opened now-known as the Regency Bruin Theater in 1937 as an overflow venue for the premieres taking place across the street. Creating the new theater allowed the studio to do double premieres, screening in both the Village and the Bruin simultaneously.

In the ’30s and ’40s, there was a surge of big budget adventure movies, such as the “Adventures of Casanova” premiere, while in the ’50s, Westerns with large production values became more popular.

Andrew Gualtieri, district manager for Regency Westwood Theatres which runs the Village and the Bruin theaters, said the studios behind the films still control which ones premiere in Westwood today.

“We keep the popcorn fresh and the drinks cold, we’re almost the end game,” Gualtieri said. “It’s the studios that come to us and decide which movies premiere in our theaters.”

Since July 2014, three of the 16 films to premiere in Westwood have been animations and 10 have been teen comedies, and Sann said the trend towards these particular genres has meant the level of showmanship at Westwood premieres has increased.

Sann recalls the premiere of “Transformers” in 2007 as the largest premiere in history at the time, because it was shown on four or more screens simultaneously.

The decorations for premieres which adorn the Village and the Bruin have gone through a similar increase in size. The palm leaves and props of “Adventures of Casanova” made way for “Transformers” statues erected two or three stories tall in the street. A towering inflatable recreation of Marge Simpson’s blue hair was created for “The Simpsons Movie” premiere in 2007.

Arianna Nolta, a third-year mathematics/economics student who stood by the red carpet of several premieres in Westwood, said from a student perspective, the massive hype that surrounds premieres makes them more fun, but also leads to more crowding and paparazzi. She said on one occasion she was next to people in the crowd who were yelling out the actors’ names and being very pushy.

Nolta’s first experience on the red carpet was at the “Free Birds” premiere in 2013. She said she was crossing the intersection between the Village and the Bruin, when she met Owen Wilson who was signing autographs for fans. Nolta also went to the “22 Jump Street” premiere on her birthday, and said it was well worth the long wait in line.

“(College students) lined the carpet in the street between the theaters and they wanted all of us to be super hyped, so they played music, we were given pompoms,” Nolta said. “It was a great college background for a college movie.”

Sann said premieres in Westwood play an important role in the financial viability of the Village and the Bruin.