Why are UCLA’s Sunken Gardens sunken? 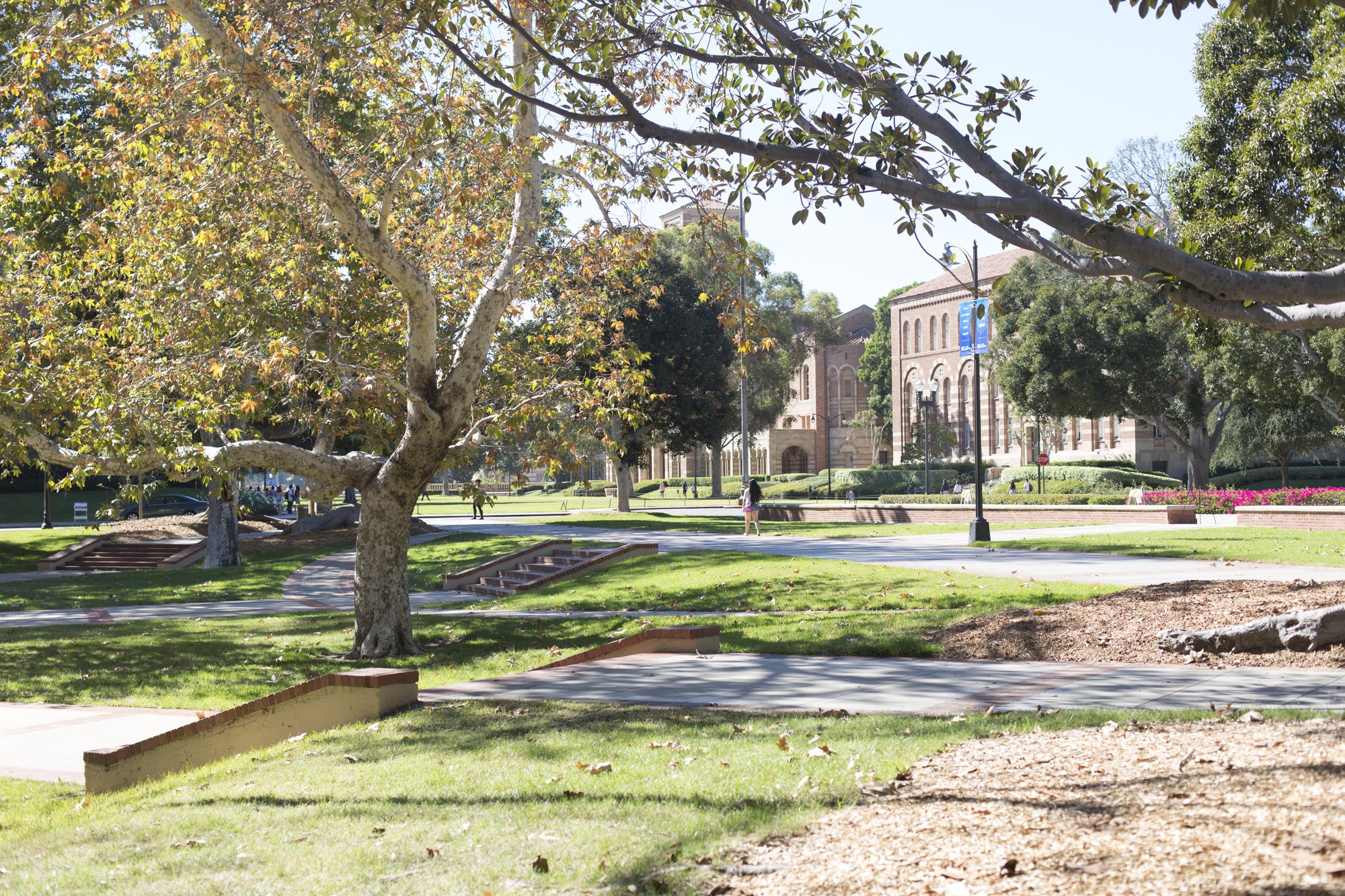 Today, UCLA’s Dickson Court is flanked by what are collectively known as the Sunken Gardens, but this was not always so. (Owen Emerson/Daily Bruin senior staff)

UCLA is better known for its architecture than its greenery.

This comes as little surprise. An urban campus like ours – spanning a mere 420 acres and hemmed in by a cemetery to the west and the very much alive civilization to the east – has to worry more about housing students, faculty and administrators than offering lush, open spaces. For that, there’s always UC Davis, which sits on 5,300 acres of land. Or the entire Midwestern United States.

So why all the green space in North Campus, the contrast to the notoriously dreary southern counterpart? To be specific, why do the Sunken Gardens exist? And why are they sunken in the first place? As it turns out, there’s a lot of depth to the story of the Sunken Gardens, formally regarded as Dickson Court North and South – divided, just like the campus as a whole.

A little digging into Westwood history yields a surprising fact: The gardens were once a gulch – or an arroyo, for all you geography buffs. A nice-looking bridge, consistent with the rest of the fledgling campus’ Romanesque Revival style, connected the entirety of campus to whatever was across – at the time, not much.

After World War II, the campus was expanding at a rapid clip, and having a miniature valley divide the campus dramatically is, to say the least, unhelpful in that regard. So, in 1947, they decided to fill in the arroyo – thus the Sunken Gardens were created. Perhaps they ran out of dirt to fill it in all the way?

UCLA Magazine notes that there were talks of filling in southern garden to build an amphitheater, but the plans were scrapped “because of financial considerations.” Given the lack of open space on this campus-in-a-metropolis, that consideration was for the better.