TFT professor to star in revival of play ‘Awake and Sing!’ 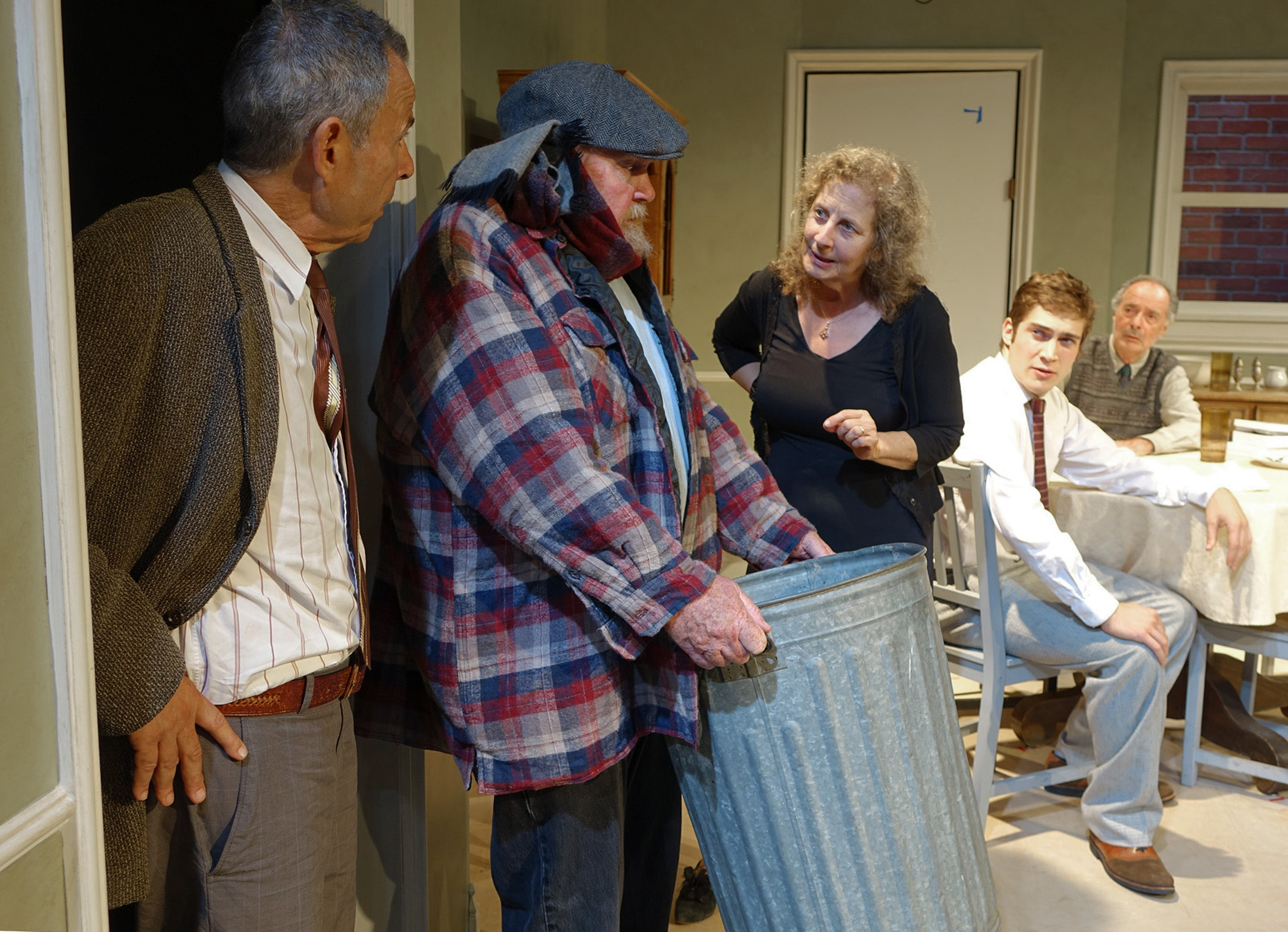 UCLA School of Theater, Film and Television Visiting Assistant Professor Marilyn Fox will star in “Awake and Sing!” The play features a struggling Jewish family torn between the parents’ lofty ambitions and the children’s fight to find a voice. (Courtesy of Ron Sossi)

Clifford Odets’ play “Awake and Sing!” features a struggling Jewish family torn between the parents’ lofty ambitions and the children’s fight to find a voice.

The play premiered on Broadway in 1935 and 80 years later, its portrayal of economic strain on a family during the Great Depression resembles that which many endure today.

Starting Sept. 26, a production of “Awake and Sing!” directed by Elina de Santos and starring UCLA School of Theater, Film and Television Visiting Assistant Professor Marilyn Fox will play at the Odyssey Theatre. This revival marks the 20th anniversary of the version the pair put on at the same venue. de Santos said they endeavored to include new cast members while trying to retain the currency the plot exudes.

Set primarily in a Bronx apartment during the Great Depression, “Awake and Sing!” tells the story of the Berger family, led by dominant matriarch Bessie, played by Fox. She said the play is about financial troubles and the rifts they can cause within families.

“The backdrop of the play is with this looming and heaping onto everybody, people were jumping off buildings at the time,” Fox said.

The divisions in the Berger family are compounded by the determination of the children, Hennie and Ralph, to find their voices and make their own way in the world.

In de Santos’ view, it is necessary for the brother and sister’s relationship with their parents to deteriorate in order for them to emerge as independent adults. She said this message will particularly resonate with students, since they have only recently left home.

“It’s revved up humanity,” de Santos said. “At that age everything seems so important and nobody understands you. It’s a crest underneath which we all have that urge to be understood.”

“Awake and Sing!” features characters with a wide range of political views, including Bessie’s Marxist father Jacob. However, Fox said Odets is careful not to come down too strongly in favor of one particular side.

The playwright strives instead to convey the idea that each individual can make a difference, and by adopting a policy of non-violent yet loud and vociferous protest, things can eventually change, Fox said.

Ron Sossi, founder of the Odyssey Theatre Ensemble, said Odets’ plays represented the beginnings of method acting, where an actor takes on a character’s mindset to give a more realistic portrayal.

The nature of the Odyssey Theatre, in which the audience sits on both sides of the stage, lends itself to this production and makes the experience more immersive, de Santos said.

Fox agreed the play’s unique combination of a vernacular Jewish inflection and Odets’ own sense of language is best experienced on stage rather than the page.

“Reading (Odets’) plays are like looking at a beautiful dish of food, something that looks fantastically yummy, but man is it a way different thing to take a bite,” Fox said. “You have to smell it and taste it and swallow it to really understand it’s a meal, a delicious meal.”

Whereas most plays pit protagonist against antagonist, “Awake and Sing!” takes a different approach. Fox compared the play’s environment to a crowded boxing ring, and the audience is never sure whose corner to back.

Each character is allowed to voice opinions, which forces the actors to raise their performances to see what the playwright saw in his characters, Fox said.

The rounded nature of each character in “Awake and Sing!” will help each member of the audience connect with the play, de Santos said.

“It makes it more real when you see how a family actually reacts rather than talking in polemics, rather than in talking about all those poor people and all those rich people,” de Santos said. “It makes you feel what it’s like to be in a family that is actually struggling, and you’ll recognize yourself somehow.”