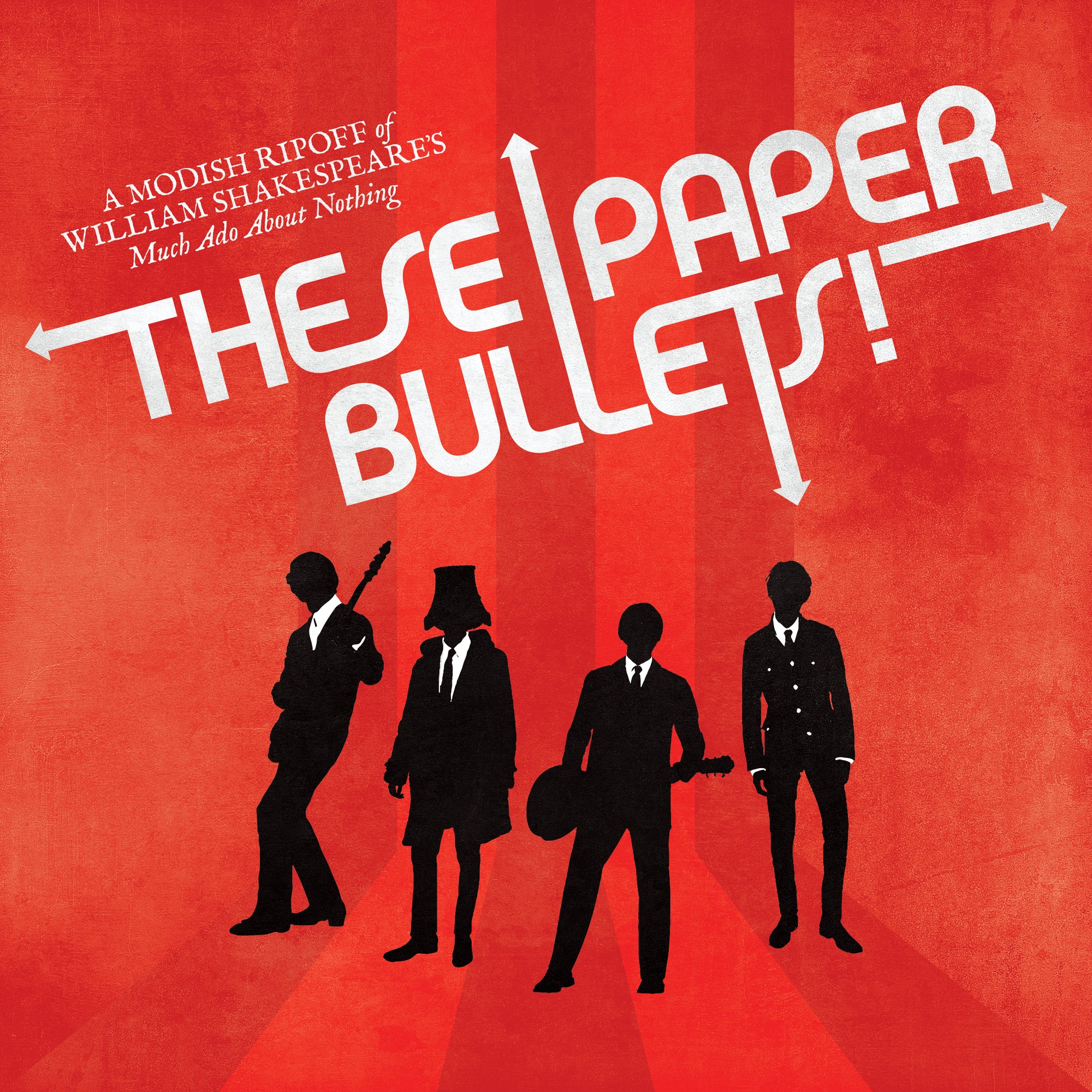 Sex, drugs, rock ‘n’ roll and Shakespeare – an unusual combination for a play, but one which the creators of “These Paper Bullets!” think will prove a winning one.

Opening Tuesday at the Geffen Playhouse in Westwood, “These Paper Bullets!” is known as a rip-off of William Shakespeare’s “Much Ado About Nothing.” The play takes four of Shakespeare’s protagonists coming back from war, and transforms them into a Beatles-esque rock star band “The Quartos” returning from a world tour.

The characters of Benedick, Claudio, Balthasar and Don Pedro from “Much Ado About Nothing” become Ben, Claude, Balth and Pedro – four lads from Liverpool blazing a trail in the music world, who attempt to record a whole album in just seven days while staying at the Messina Hotel.

London-born actor Nick Ullett, who plays the role of hotel owner Leo Messina, said the play uses the band’s music in a way he’d hardly seen before. In “These Paper Bullets!” the songs are scattered at intervals as the band records its album.

“It’s more like a play that has music in it because the music is not presented traditionally; it’s not a build up to an emotional point and somebody breaks into song,” Ullett said.

Rolin Jones, the play’s author, said the first idea for “These Paper Bullets!” was firmly based on the plot of “Much Ado About Nothing,” but he soon decided he wanted his version to take on a more relatable setting. Instead of using a lazy, bucolic landscape, Jones said he opted for a more urban background in the form of a London hotel surrounded by the band’s adoring fans.

Jones said the characters were designed to match up with the Beatles in terms of personality and their role in the band, with Ben as John Lennon, Claude as Paul McCartney, Balth as George Harrison and Pedro as Ringo Starr.

One alteration Jones made to Shakespeare’s original plot was to convert Don John, the play’s villain, into Don Best. Jones said his intent was to mould the character around Pete Best, the Beatles’ former drummer who was fired and replaced by Ringo Starr.

“Now he’s some sort of roadie, a lackey for them after they kicked him out of the band so he wants to get revenge,” Jones said.

For Jackson Gay, director of “These Paper Bullets!,” the most significant difference between the two plays is the injection of more depth into the lives of the female characters. Gay said the character of Bea, who is based on Dame Mary Quant, a Welsh fashion designer and friend of the Beatles who was extremely influential in the mod fashion movement of the 1960s, went through the biggest transformation.

Given the decision to cast the lead female character of “These Paper Bullets!” as a fashion designer, Gay said getting the costumes right was essential to ensuring the audience is immersed in the world of sixties England. For Ullett, who experienced the roaring London night club scene of the time, seeing the cast in costume was like time traveling.

“Looking especially at the girls in their dresses, it was like being in my twenties again,” Ullett said.

The overall theme of “These Paper Bullets!”, Jones said, is an exploration of the youth culture that was perceived to be corroding society at the time. Jones said the play seeks to adrenalize the sixties scene and make the audience feel the excitement of having the biggest rock band in the world recording an album in front of them.

“The play’s pace is super fast, it’s constantly moving. I think it helps to send the audience back to that time period because there was an explosion of youth and activity,” Gay said.