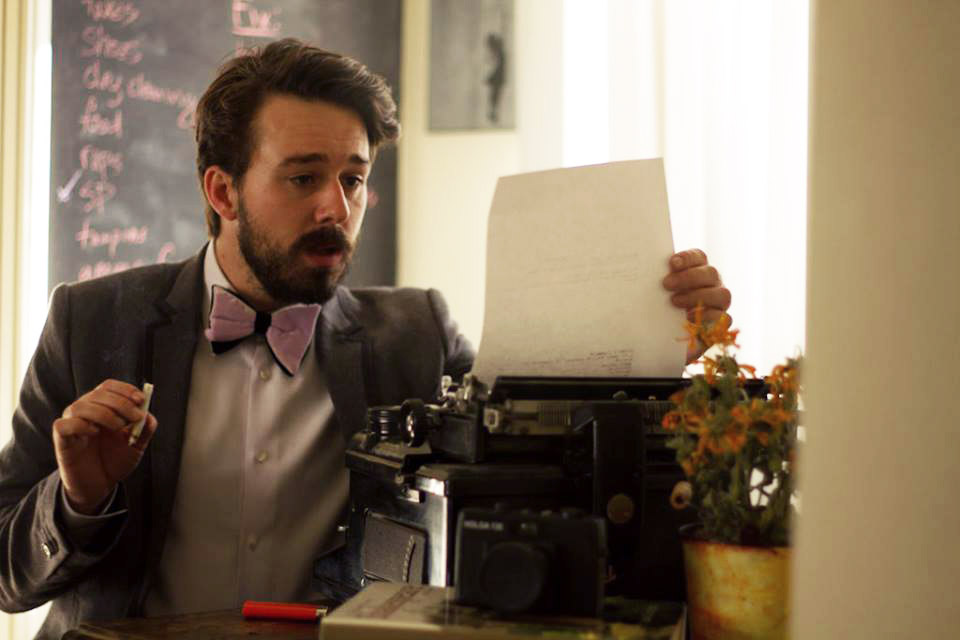 In addition to performing at The Improv Space, UCLA alumnus Chris Reinacher works as a video producer at BuzzFeed Video. (Courtesy of Mark Santana)

Strangers met Chris Reinacher with friendly smiles and handshakes on the streets of New York.

They recognized the BuzzFeed video producer from their social media newsfeeds.

“(The Improv Space) is still my stomping grounds. It’s a safe space where I feel super comfortable being myself,” Tan said. “It’s rare to find a theater that feels like such a community and feels so safe.”

Tan performs in The You Convention at The Improv Space, which focuses on taking audience suggestions and working with them for its scenes. Meanwhile, Reinacher performs on The Wait List, an improv team he started with friends at UCLA.

Reinacher and Tan said improv has helped them think up sketches for BuzzFeed.

Both comedians found more creative freedom at BuzzFeed than they did in television, they said. Tan said he was able to produce and put out content more quickly at BuzzFeed than on television. Tan previously worked for the TV shows “The Office” and “New Girl,” and Reinacher produced a series called “Teenage Mountain Lion” for Hulu.

Now Reinacher makes six videos a month, typically short sketches that comedically explore daily occurrences. Such videos include “If Guy Best Friends Vacationed Like Girl Best Friends” and “9 Psychopathic Thoughts You Have But Don’t Admit.” He said that as a producer, he has written, cast, directed, acted in, taped, edited and released videos.

“We have kind of an untraditional system here,” Reinacher said. “Everybody kind of is a jack of all trades.”

“BuzzFeed, at its core, is really about making content based on data,” Reinacher said.

Reinacher said he discovered BuzzFeed aims to produce videos that primarily focus on what people want to see and share. He said this concept conflicts with those from his traditional theater education at UCLA, where he learned to create art for the sake of creation instead of audience approval. He appreciates knowing how to make both kinds of art.

“It kind of caught me off guard when I came to BuzzFeed that the audience is king,” Reinacher said.

Reinacher and Tan maintain their connections with UCLA classmates and fellow improvisers. Reinacher stressed the importance of collaboration, and said he met most of his current partners at training centers, such as The Improv Space and Upright Citizens Brigade in Chicago.

“There are such amazingly talented people at UCLA right now and there always will be,” Reinacher said. “Find these people now because they’re going to be the people you’re working with for the rest of your life.”

Jordan Dunn, fellow UCLA alumnus and improviser at The Improv Space, said Reinacher knows how to capture the audience’s attention.

“(Reinacher is) one of those guys who is unbelievably good at bringing groups of people together,” Dunn said.

The Improv Space intern Chris Valenzuela, a rising third-year economics and political science student, has worked with Tan in classes and a comedy show at The Improv Space.

“If (Tan) catches himself doing something weird, he’ll just play it out,” Valenzuela said. “Just embracing whatever weird thing he does … makes the scene a lot funnier.”

While Reinacher plans to remain at BuzzFeed, he said he also enjoys working for TV and film. In the future, he wants to continue creating, writing and acting.

“It’s not about being funny,” Reinacher said. “It’s about telling a story and making a scene. And don’t worry, it will be funny.”