Timeline: A brief history of activism at UCLA (1969-present)

As it approaches its centennial, UCLA will almost certainly be celebrated as a university with a stellar academics, deep commitment to research endeavors across many disciplines and, of course, a legendary 112-NCAA-title-winning cluster of athletics programs.

Not-so-surreptitiously missing from that list? Any mention of student activism.

When it comes to protest-happy campuses, Berkeley first comes to mind. Cal was center of the Free Speech Movement, after all, and the legacy continues – just look at how many protests are reported on its counterpart to the Daily Bruin. Even oft-ignored UC Santa Cruz has a stronger reputation of activism, especially of the left-leaning sort.

Though the so-called “three Bs” – Bel Air, Brentwood, and Beverly Hills – surround UCLA and effectively insulate the campus from plenty of socioeconomic hardship and urban grit, the school is not without a protest history of its own. And with the country recently reminded of inequalities in income and injustices in race, this history will continue to unfold before our eyes.

What follows is an abridged timeline of the Daily Bruin’s coverage of UCLA protests over the years. 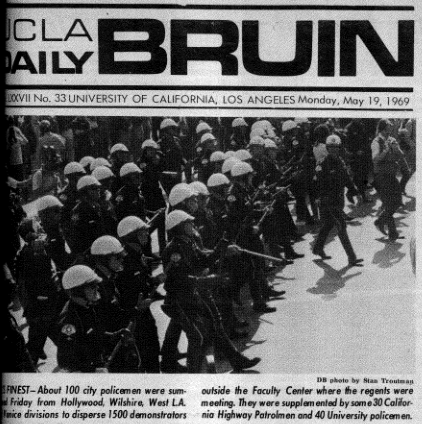 May 1969 – In a decade well known for activism and progressive politics, UCLA was not excepted from student movements that had been sweeping the country. In an unprecedented move, municipal and state officers were brought in to disperse enormous protests calling for dialogue between the chancellor, Charles Young, and an activist student coalition. The Bruin reported that it was the “first time in campus history” law enforcement had to be mobilized to such effect on campus. It would not be the last. 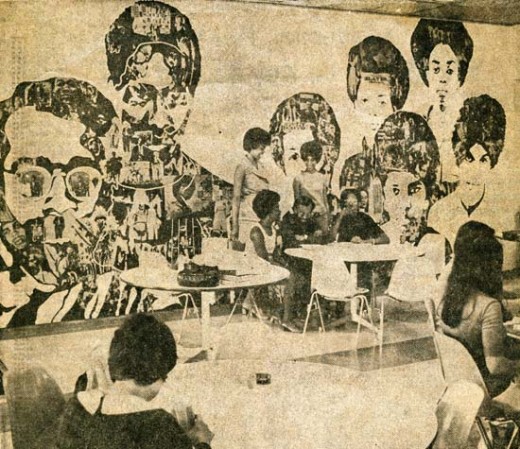 May 1970 – A “state of emergency” was declared and the Los Angeles Police Department was called in to deal with student unrest that had ensued as a result of the Kent State University shootings in Ohio. Black UCLA students painted a mural, still standing in Ackerman Union, as a visual expression of their beliefs and feelings during a tumultuous period of time to be a college student.

April 1985 – In a precursor to today’s calls for university divestments from private prisons and companies connected to the Israeli occupation of the Palestinian territories, CSU Northridge students staged a sit-in and 2,000 UCLA students boycotted classes and organized a rally to call for their respective institutions to divest from apartheid South Africa.

May 1993 – Administrators’ hesitance to establish a Chicana/o studies department led to an occupation of the UCLA Faculty Center by 600 demonstrators, property damage and ultimately, a hunger strike. Chancellor Charles Young eventually implemented a program, though the department was only formally established in 2005. The public face of the protests, then-first-year student Cindy Montañez, went on to become a California assembly member and municipal policymaker.

October 1995 – Students at all nine UCs, including UCLA, protested an impending UC Board of Regents vote to ban affirmative action in university admissions and hiring. “More than 2,000” students blocked Wilshire Boulevard and 33 arrests were made, the Los Angeles Times reported at the time. The efforts would be largely fruitless, however, as the vote not only passed, but a state ballot initiative banning affirmative action ban – the first in the nation – passed the following year by way of Proposition 209. 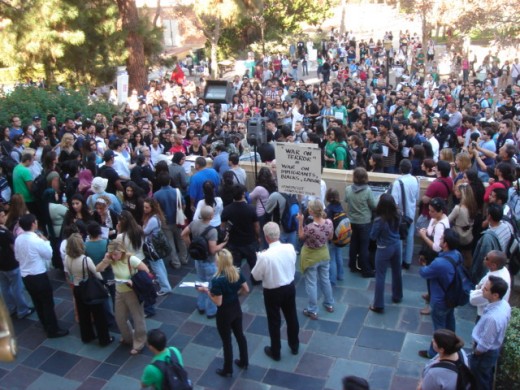 November 2006 – Before a University of Florida student cried out “Don’t tase me, bro!”, a phrase that became part of the popular lexicon, UCLA police unnecessarily stunned student Mostafa Tabatabainejad at Powell Library, presumably for resisting arrest. Hundreds of students marched toward UCPD headquarters, decried the incident as police brutality, and called for an independent investigation. When it was undergone, it found wrongdoing on part of university police; Tabatabainejad subsequently sued over the incident and won $220,000 in damages from the university in 2009.

The day after the Taser incident, hundreds of students called for the overturning of Proposition 209, which banned affirmative action, outside the regents meeting being held at Covel Commons. Saying that the UC demographic situation was a “diversity crisis,” students also called for a funding increase for underrepresented student outreach programs. 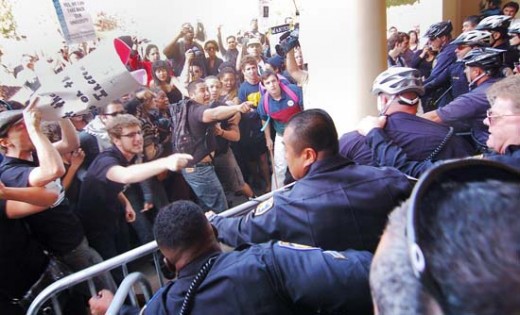 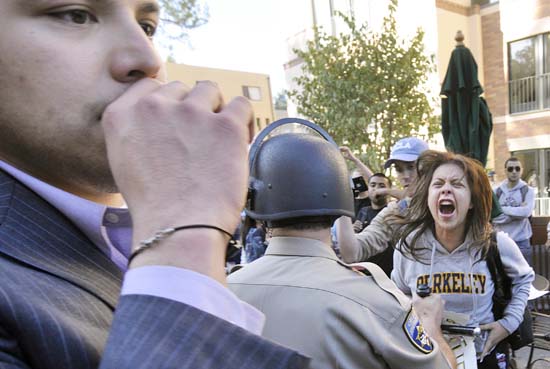 November 2009 – The UC Regents chose UCLA to hold the meeting where they voted and passed a staggering 32 percent tuition increase. They probably later realized that was a mistake. Hundreds of students – some accounts say over a thousand – some from other UC campuses, descended upon Covel Commons to protest the hikes, enacted in response to the recession and state budget cuts that ensued. The protests were regarded as a precursor to the Occupy Wall Street movement and its focus on wealth and income inequality in the United States. 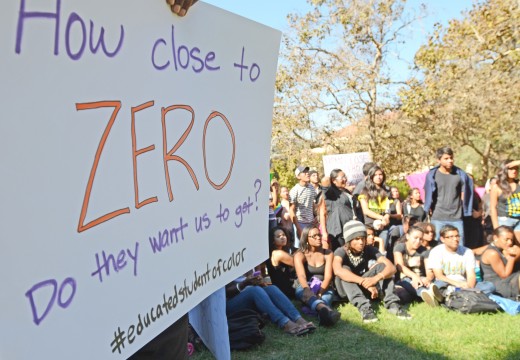 October 2012 – Angered by UCLA law professor Richard Sander’s findings on race and admissions at UCLA and a Daily Bruin column and editorial which implicitly acknowledged the validity of or agreed with the later-disputed findings, a few hundred students rallied at Kerckhoff Hall to voice their dissatisfaction with the paper’s coverage and the professor’s research. Speakers at the rally called attention to the difficulties in climate and representation faced by underrepresented minorities on campus. 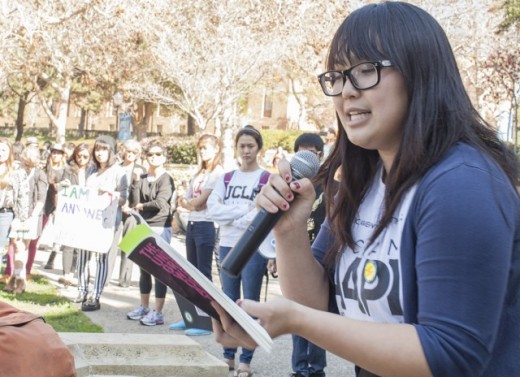 February 2014 – Bizarre and offensive fliers sent to Asian American studies centers at UCLA and USC spurred student groups to call attention to instances of discrimination faced by Asian Americans. Former student Alexandra Wallace’s infamous “Asians in the Library” video was also referenced during the UCLA rally as an example of racism’s pernicious and subtle ways of hurting campus climate and Asian American experiences at UCLA. Chancellor Gene Block mentioned the flier in a campus statement affirming his commitment to diversity.