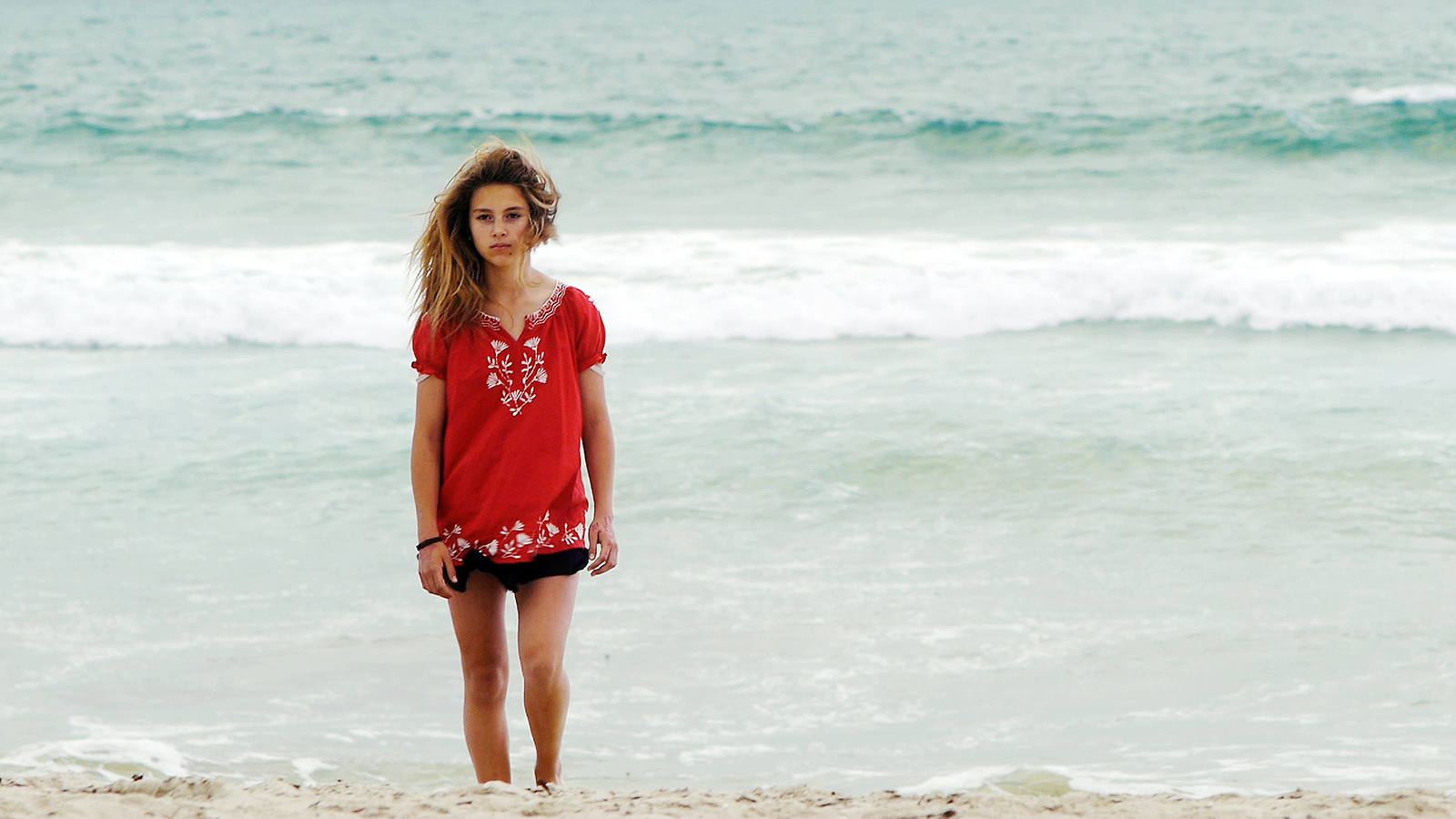 “The Ocean of Helena Lee”

If director Jim Akin intended for his movie, “The Ocean of Helena Lee,” to be an unoriginal and dull parody of Luc Besson’s 1994 drama “Léon: The Professional,” he most certainly succeeded.

The film opens Friday at the American Cinematheque at the Egyptian Theatre and on May 14 at the Aero Theatre in Santa Monica and promises to puzzle viewers with the characters’ cliché philosophy and a bewildering ending.

“The Ocean of Helena Lee” follows the story of a curly, brown-eyed 12-year old Helena (Moriah Blonna) and her small dysfunctional family, which consists of a drunkard self-involved father (Tom Dunne) and a ghostly vision of Helena’s dead mother (Maria McKee).

Helena lives with her father, Mickey, a former lifeguard and a current nude art photographer in a one-room apartment in Venice Beach. She sleeps in the closet, which is getting too small for her and dreams of becoming a writer.

Both father and daughter switched their roles and each try to find ways to cope with the loss of Helena’s mother. Mickey enjoys drinks in the company of strippers and gets his solace in drugs, while his neglected daughter spends days and nights wandering the streets of Venice and observing its bohemian inhabitants. Helena is also frequently visited by the comforting vision of her mother, dressed in white with a lace veil over her face.

“The Ocean of Helena Lee” does a fair job at setting a disturbing mood, preparing the viewer for the story’s tragic resolution by including many dark and troubling scenes. For example, the quiet movie night at home with her father and his stripper girlfriend ends with Helena discovering a scar from an attempted suicide on the stripper’s wrist.

Close-ups of drug pills, her father’s “blue devils,” and dimly lit streets at night don’t suggest any happy endings for the main heroine, and the characters’ unhealthy lifestyles are not appealing to the modern viewer.

The film does not benefit from its nostalgia for cinematography of the ’70s, with the lack of action making it hard to stay focused and follow the storyline. In addition, the music rhythms sound outdated, even though they do emphasize the artistic spirit of Venice Beach.

The movie is larded with Mickey’s banal philosophy, which producers tried to pass for character charisma. Father-daughter conversations in which Helena asks rhetorical questions and gets confusing answers seem flat and unrealistic. Vulgar phrases, such as “If you are a flower and need bees, you wear a short skirt,” alleged by Mickey’s half-naked girlfriends in a drunken stupor, make the situation even worse.

The cast, however, more or less outweighed the shortcomings of the script and producing. Blonna handled the role of a teenager going through puberty and post-traumatic stress quite well. She accurately conveyed the curiosity, pain and sadness of a neglected and often starved Helena. And Dunne appeared on screen as an outstanding egocentric child trapped in the body of a grown man.

Even though “The Ocean of Helena Lee” cannot be put on the pedestal of modern cinematography, it is a movie that inspires viewers to think about faith, self-identity and life’s evanescence.