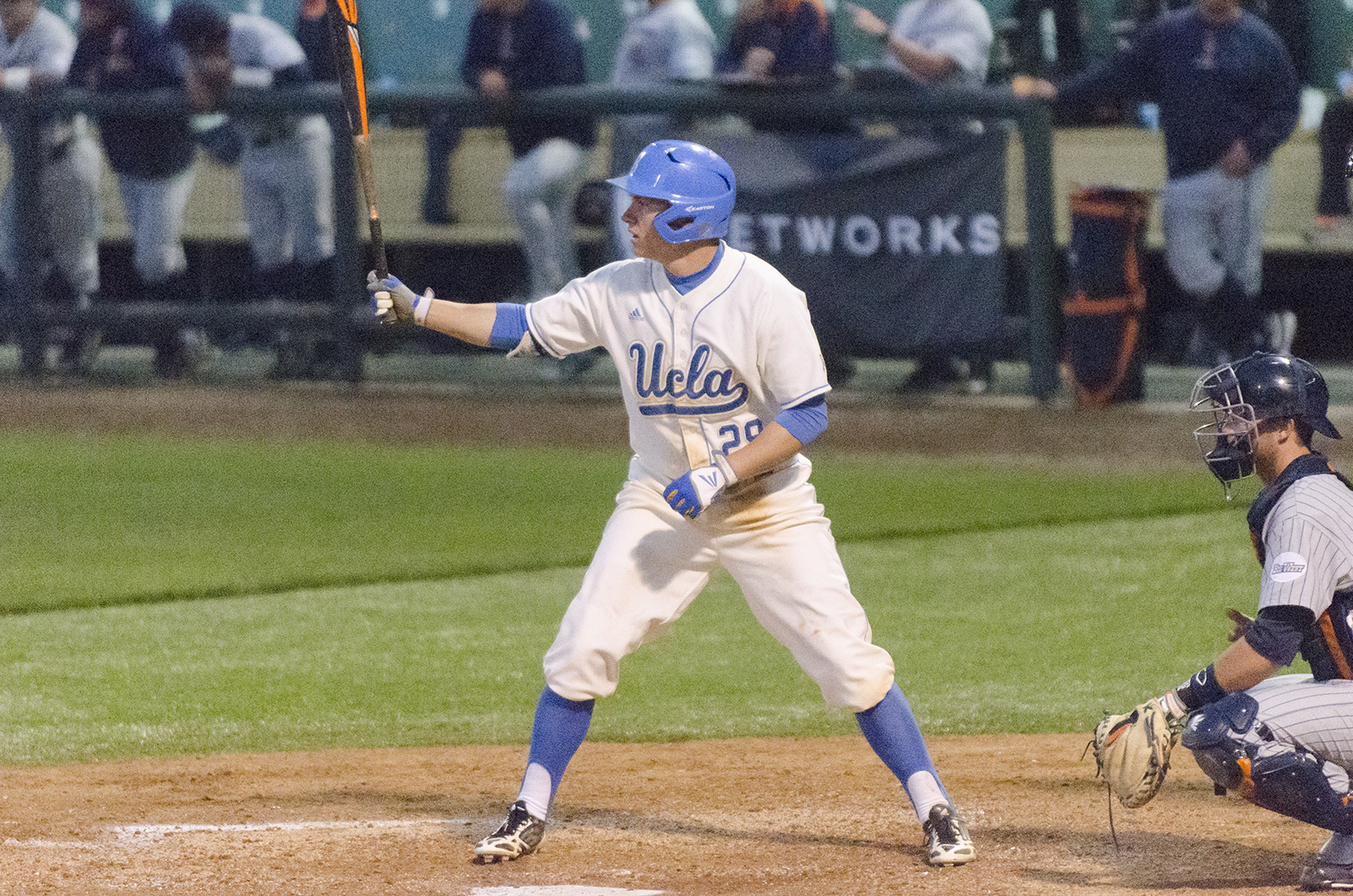 While games against the West Coast Conference carry less weight on paper than Pac-12 games, matchups against its teams have proven to be important challenges as UCLA baseball gears up for its late-season push.

Fresh off a gritty back-and-forth series against Gonzaga, No. 2 UCLA hosts Pepperdine, a WCC team, Tuesday night at 6 p.m. to wrap up a two-game season series. The Bruins won the first meeting 5-3, surviving a Waves’ late-inning comeback threat.

Such tight games provide crucial experience in clutch situations for pitchers and hitters alike, especially as the season gets deeper and playoffs approach.

Coach John Savage said that Sunday’s game against Gonzaga, another WCC foe, was one of those games and that the team can use as momentum moving forward. Junior left fielder Ty Moore echoed his coach, who said that games like Sunday are big experience- and confidence-builders.

Part of the Bruins’ formula to outlasting their opponents is not allowing one side of the ball affect the other.

“We stress that we don’t want to take offense to defense, defense to offense, but it does happen periodically throughout the season,” Savage said.

He said that it showed last Tuesday and this weekend, but Sunday’s game showed that the team took a step forward and did not allow errors or hitting frustrations get the best of it.

Like the Bruins (33-11, 16-5 Pac-12), the Waves (24-21, 14-7 West Coast) have pitched midweek games by committee, spreading an even amount of innings between four to five players. While it has brought mixed success for Waves, it has worked well for the Bruins as they’ve thrived in Tuesday games.

However, the pitchers that Savage typically throws on Tuesday nights have struggled with the long ball in recent homes games, which is good news for Pepperdine. The Waves have launched 37 home runs and are slugging .408 on the season.

Sophomore reliever Grant Dyer gave up a two-run home run in his appearance Sunday but responded with a scoreless next inning that was the first of four to close out the game.

“Hopefully we can definitely build off what we did in the last four innings (Sunday) and carry that into Tuesday,” said redshirt junior center fielder Christoph Bono.