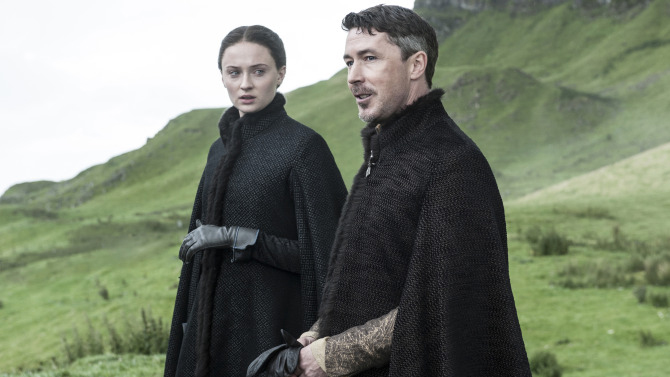 On Tuesday, dedicated fans waited for hours outside the Regency Bruin Theatre, fat raindrops pelting their heads, with hopes of seeing the season five premiere of HBO’s “Game of Thrones.”

The Undergraduate Students Association Council’s Campus Events Commission hosted the screening of the popular show, a television adaptation of George R. R. Martin’s fantasy novel series “A Song of Ice and Fire.” The series combines political games, violent scenes and compelling characters to create an addictive narrative in the mythical lands of Westeros and Essos. HBO premiered the first season of the show in 2011 and the series has already been renewed for a seventh season. The season five premiere will be televised on Sunday.

The season five premiere offers promise of yet another action-packed season. As avid fans of the show know, “Game of Thrones” often leaves its viewers with gripping cliffhangers, and the end of season four was no exception. The show does an elegant job of picking up these storylines and framing the situations each character must face without diluting the tension.

Fan-favorite characters such as Khaleesi Daenerys Targaryen (Emilia Clarke), Tyrion Lannister (Peter Dinklage) and Jon Snow (Kit Harington) all appear within the first half of the episode. Unlike many of the previous season premieres, this episode doesn’t get bogged down with excessive introductions of new characters. Instead, the show crosses existing characters to foreshadow new dynamics in the equation. This might be the season where things get good between Khaleesi and Tyrion, but only book readers can know for sure.

Unfortunately there is one storyline that doesn’t even make a cameo. Arya Stark (Maisie Williams) and the Hound (Rory McCann) are nowhere to be found. While most of the people of Westeros are clueless to her whereabouts, she doesn’t have to be lost for the audience too.

As with many HBO shows, much of the sex and violence that got people hooked in the first season has dissipated from the show. It adds to the integrity of the story, but at the same time loses the dangerous, taboo quality it once held. Although it isn’t quite there, the show is verging dangerously close to something that could be shown on FX or the CW.

The show expertly intertwines humor with drama. Somehow in the same episode, jokes about Tyrion’s drinking can coexist with a murder, a funeral and a high-stakes execution.

The show’s strength lies in its intricate plot and consequently doesn’t have to push the boundaries in any of its filming styles or techniques. However, while past characters have just reminisced on-screen to reveal past secrets, the show opts to use its first flashback featuring Cersei Lannister (Lena Headey). The bold time-play is a welcome addition to the show’s repertoire.

Other than the flashback and the outrageous plot twists, season five is almost too familiar. The same iconic cello theme, the same characters and the same film style. The similarity is welcome but could also be a signal for caution. As devoted fans know, it’s completely within Martin’s character to lull the audience into a false sense of familiarity and comfort before completely changing the game.