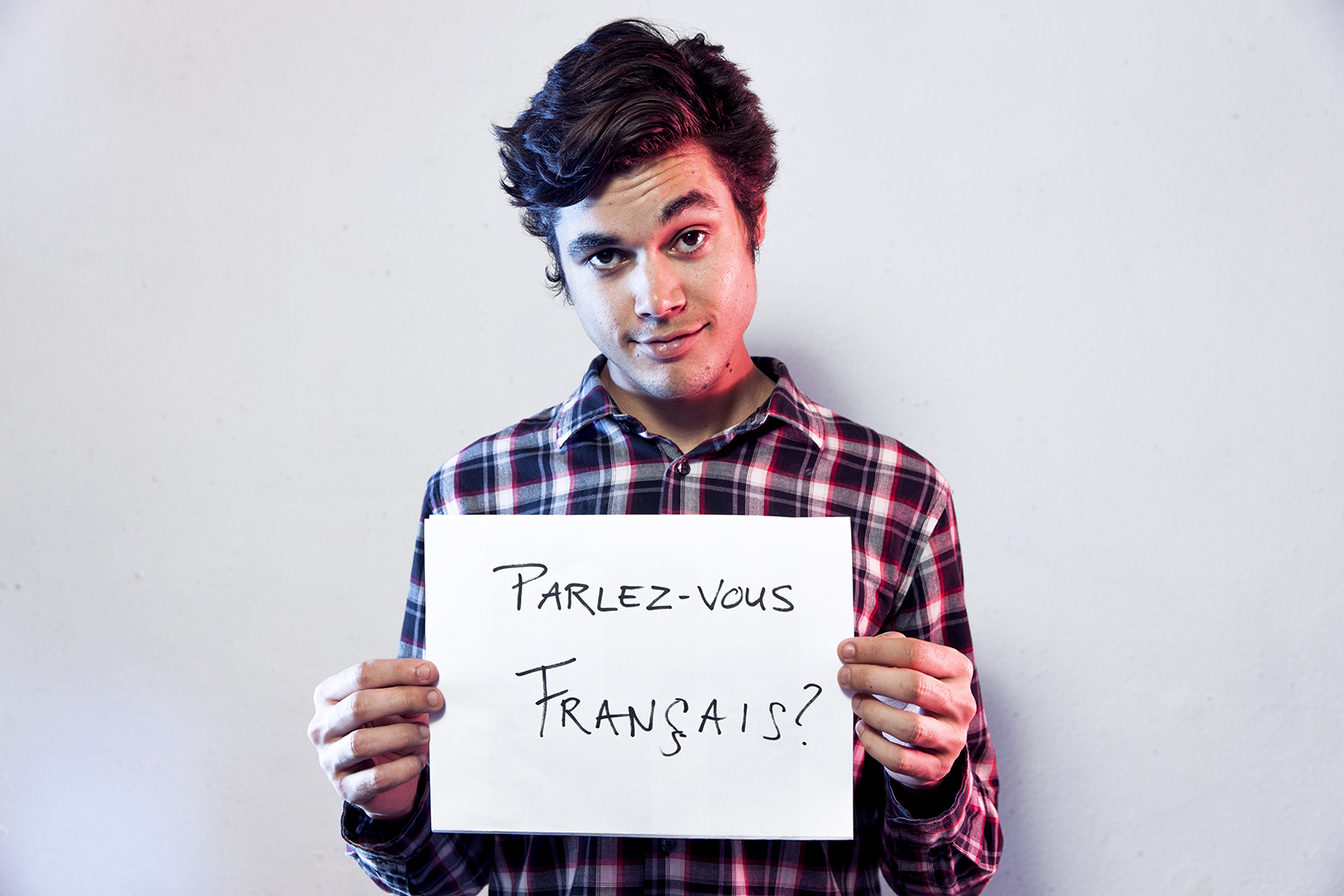 Graduate architectural student Adrien Forney picked up his position as a French teaching assistant after he answered a campus-wide email posting. Forney’s experience with the language stems from conversations with his mother, who is from France, and his time at Le Lycée Français de Los Angeles. (Aubrey Yeo/Daily Bruin senior staff)

When a campus-wide email posting called for French teaching assistants, Adrien Forney thought the position would be a perfect fit. With a life lived mainly within the confines of Perloff Hall’s architectural studio, he needed a job that would help pay the rent as well as complement his workload as a second-year architecture graduate student.

“Then I found out that you’re a teacher,” Forney said. “You’re not really a TA. You’re doing everything. So these students that are undergrads don’t see anyone else. That was one of the challenges: ‘Can I really pull this off?’”

Initially under the impression that fulfilling the duties of a French TA would require little time, Forney said what originally started as a determination to somehow pay his rent turned into a challenge to see if he could actually succeed as a teaching assistant.

“I was curious to see if I could teach, if I could stand in front of 25 students and invigorate their passion for French for 50 minutes.” Forney said. “It turns out that I can.”

Forney said the entirety of his primary and secondary education was spent at the French immersion school Le Lycee Francais de Los Angeles, in addition to speaking French at home.

“My mother is French and she spoke in French to us our whole life,” Forney said. “She continues to do so, stubbornly. She doesn’t like it when I speak to her in English.”

Though originally from Los Angeles, Forney spent his undergraduate years at Parson’s The New School for Design in New York City, graduating in 2010 with a bachelor of fine arts in architectural design.

After living in New York as an assistant to an architectural photographer the year following graduation, Forney said he spent the next two years completing architectural internships in Paris and Los Angeles. Through these internships, Forney said he was inspired by the challenge of figuring out how architects manage to abide by the codes of architecture and still create aesthetic products.

“There are a lot of realities that you have to tackle in architecture, like how does your beam meet your column and where does that glass go,” Forney said. “There is a certain amount of space you have to provide for certain kinds of activities. And that is what kept me going. I was far more interested in how people solve these things.”

While Forney’s decision to become an architect came about after graduating from college, Forney said he was first inspired by architecture when he was 13 during a trip to Barcelona where he first saw the architectural facades of Antoni Gaudi.

“There is all this form that comes about that you wouldn’t encounter in a classical building which is very rigid and abides by the rules of physics in a very harsh way,” Forney said. “He brought form to it and a kind of poetry to it, which was unusual, surprising and enticing.”

Forney said that, despite it being a large time commitment, being a TA actually works well with his studies because it forces him to be organized every day. With daily lessons geared toward learning the French language, Forney said if he could give any life advice to his students it would be to build enough work to reflect their own ambition.

“Keep working and produce as much as you can so you know yourself better, so you know the world around you better and you know how to deal with certain things better,” Forney said. “It’s just experience. You just have to build in experience.”

In the end, Forney is not yet quite sure what “the dream” is but is open toward that dream being molded by the future.