Chloe Lew: Nonresident students should not be used as financial crutches for UC 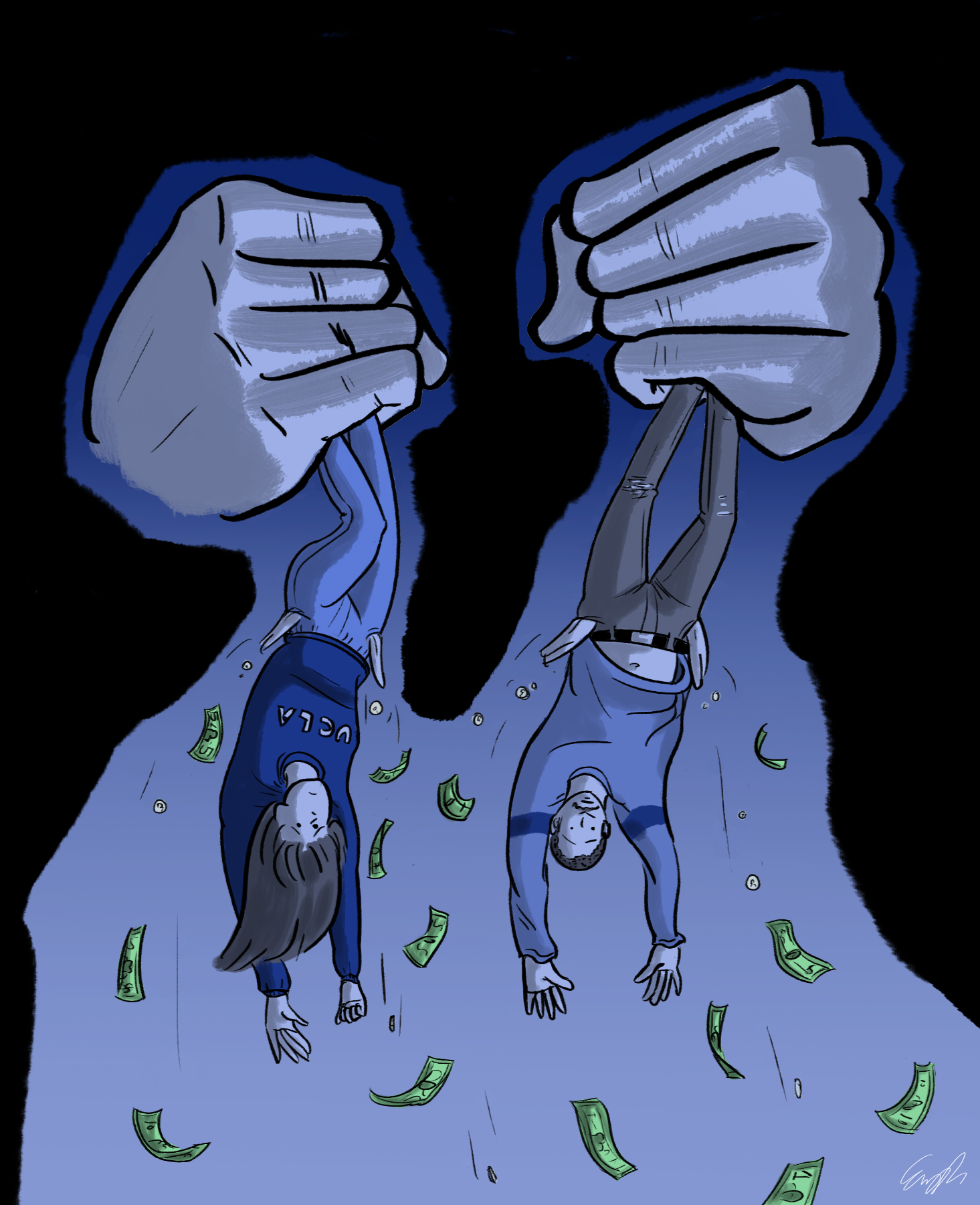 As a native Californian, I’ve always felt shamelessly privileged with the best – the beautiful West Coast, eternal sunshine, celebrity neighbors and about $23,000 less in tuition fees at the University of California than nonresidents.

Increasing nonresident enrollment has been a lucrative strategy for the UC – their supplemental tuition fees subsidize tuition packages for Californians in the absence of sufficient state funding – but it does not come without responsibility.

Enrolling more nonresidents should mean caring for them not only during their four years on campus, but in their post-graduate careers, too. Keeping nonresident students in-state after graduation is absolutely vital given California’s projected deficit in degree holders – one million by 2025, as projected by the Public Policy Institute of California. If the UC does not go the extra mile to welcome its nonresidents, whether by providing adequate resources during college or connecting them with job opportunities after college, then aggressively recruiting non-Californians cannot be seen as a long-term solution to either the University’s or California’s financial woes.

Using these students as financial crutches is not only morally unfair but also financially irresponsible. A population of admitted nonresident students that has grown by 24 percent at UCLA over the last five years deserves a matching growth in available resources, especially in efforts to connect foreign students with local job prospects once their time in school is done. This way, nonresidents can flourish on campus and after graduation, rather than merely serve as UC piggy banks to be discarded once emptied.

To be clear, this is not just a matter of serving in-state students first at our California university system, though that is technically the UC’s primary responsibility. Out-of-state and international students are a keystone to any diverse college campus, and UCLA needs the extra revenue they contribute.

But more can be done to ensure nonresidents are getting their exorbitant money’s worth, and that the UC and the state are benefiting in the long-term from their presence.

UCLA’s Dashew Center for International Students and Scholars has seen an overall increase in funding from the university and private donors over the last few years, including a 10 percent increase from 2013 to 2014. Still, some international students say the Dashew Center could provide more professional and financial resources. For instance, the center could offer merit-based scholarships for the international students who do not qualify for many scholarships that are only open to state residents.

And more urgently, in the same way that the Career Center puts on career fairs for the entire student body, the Dashew Center can put on specific fairs for international students to connect them with the limited number of companies willing to sponsor working visas. This is a win-win situation for students and the state: international students secure jobs that will allow them to stay in California, while paying back into the state economy. And in the face of California’s projected degree deficit, every student should be a state investment.

But even that might not be enough. The burden the University places on its nonresident students could only grow heavier with a recent Senate Democrats proposal, which includes increasing nonresident tuition by 17 percent in order to keep in-state tuition flat, as if raising tuition for anybody has ever been a fair solution.

In this specific case, the Senate Democrats’ proposal could actually harm the socioeconomic diversity in our student population by recruiting the higher income students abroad who can afford supplementary tuition fees. In the end, demanding more contributions from students and thus privatizing the university should be framed as a temporary sacrifice, not to be confused with the real solution: continuing to pressure the state to fulfill its responsibility of funding its flagship university system.

Right now, price is one of the few upper hands the UC has on private schools, but taken out of the equation, international students may flee to small, private schools where there are more resources. When they do that, the UC and California lose out on their talent and on their contribution to tuition.

There is a looming expiration date on how long depending on nonresident revenue to cover the shortages in state funding will be effective. The UC Board of Regents would do well to focus on actual, long-term solutions, rather than leaning on its own students, local or not, as temporary crutches.