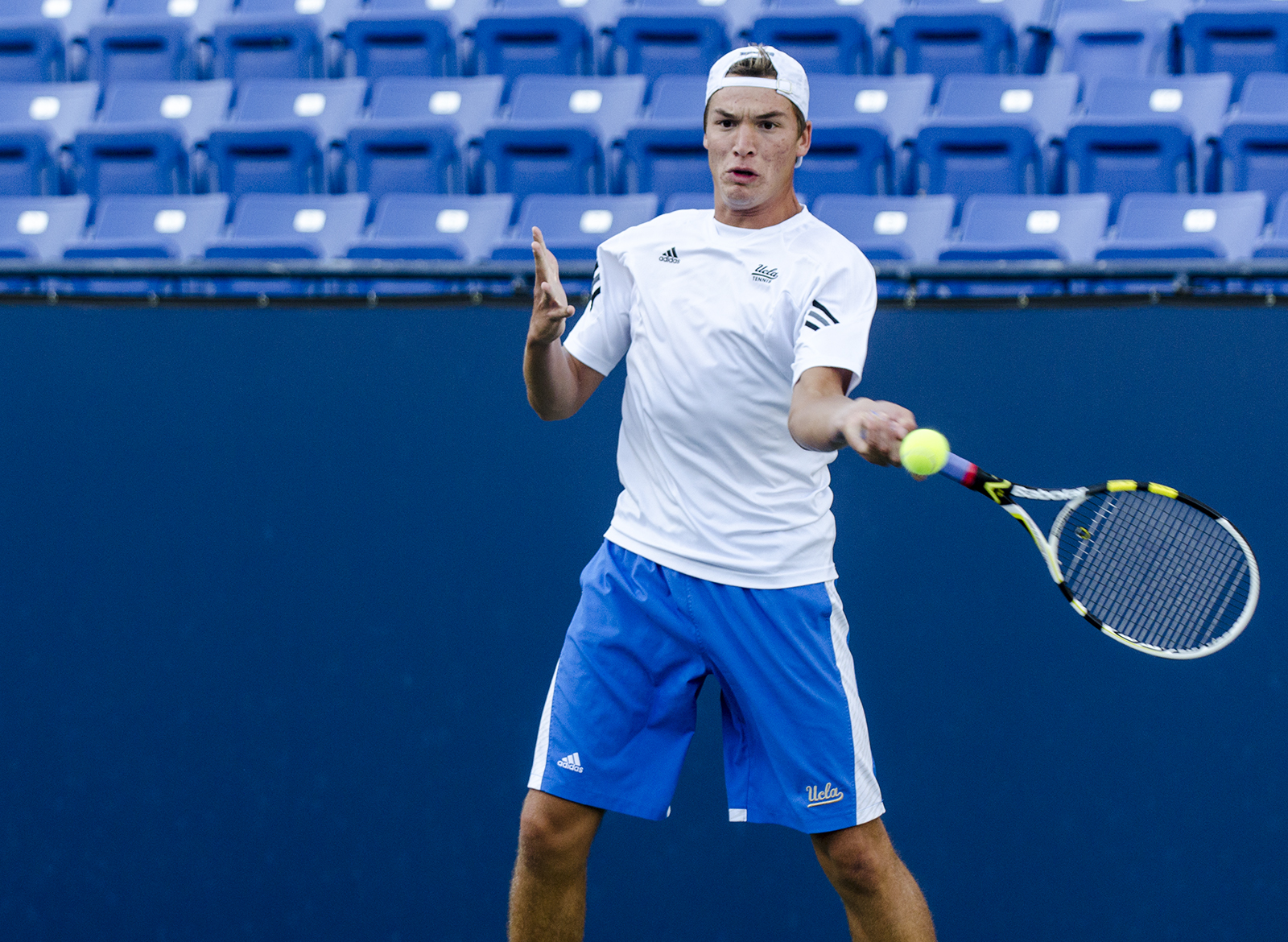 Freshman Martin Redlicki (pictured) and sophomore Mackenzie McDonald were able to progress to the quarterfinals of the doubles draw before they fell to the doubles duo from Illinois. (Heidy Cadena/Daily Bruin)

Entered in both the singles draw and the doubles draw, with partner Martin Redlicki, at the USTA/ITA National Indoor Intercollegiate Championship, Mackenzie McDonald headed to Flushing, N.Y., last week with a chance to take home two titles.

He ended up with none. Sophomore McDonald, the No. 3 seed in the main draw, reached the singles consolation final, and he and freshman Redlicki made it to the doubles semifinals before bowing out.

After being upset in the first round of singles on Thursday morning against Virginia Tech’s Amerigo Contini, McDonald had to quickly regroup and turn his focus to doubles, where he and Redlicki defeated Columbia’s Ashok Narayana and Max Schnur later that day. With another win the next day, the pair of Bruins advanced to the semifinals, where they fell to Illinois’ Ross Guignon and Tim Kopinski.

Meanwhile, McDonald was entered in the singles consolation bracket, where he rebounded from the opening-round loss to win three consecutive matches in straight sets.

But McDonald lost a competitive three-set battle to Baylor’s Julian Lenz in the final. After losing the first set on a tiebreaker and then sweeping the second set, McDonald gave up the third set 6-4 on Sunday to end his tournament run.

McDonald and Redlicki earned their spots in the tournament with victories at the USTA/ITA Southwest Regional. McDonald also took home a consolation singles title at the ITA Men’s All-American Championship.