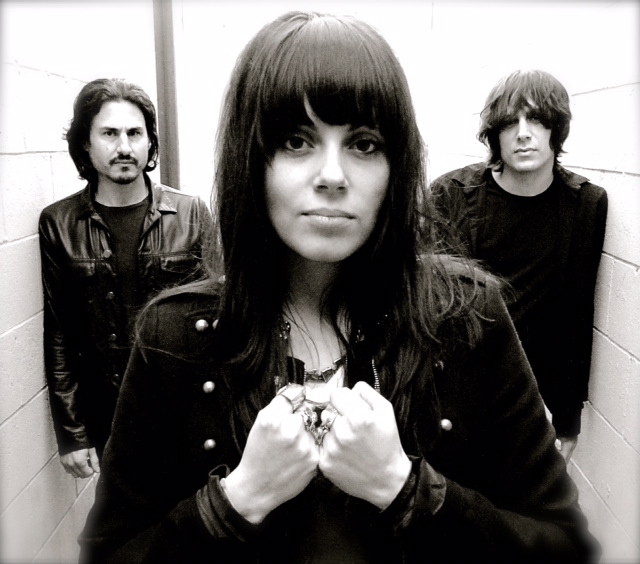 A 66-year-old man with golden-gray hair, bathed in a soft purple light, steps out as an almost-deafening roar ripples from the crowd. It is who the audience has been waiting for: Robert Plant.

The glory days of classic rock band Led Zeppelin might be over, but former frontman Robert Plant remains one of the most inspirational and respected vocalists of our time.

On Tuesday, Plant’s tour reached one of Hollywood’s iconic venues, the Hollywood Palladium on Sunset Boulevard, and graced the stage with his band, the Sensational Space Shifters.

The night started with the opening band, The Last Internationale, whose sound is a strange but appealing mix of punk, blues and folk rock.

The Last Internationale pumped up the crowd with its songs, including “We Will Reign” – with thought-provoking lyrics about social injustices such as economic and race issues – and a cover of Neil Young’s “Hey Hey My My” that added a heavier beat.

Despite being less familiar with the audience, The Last Internationale set the stage for Plant and grabbed the attention of the crowd slowly filing into the venue.

As The Last Internationale finished its set, fans of Robert Plant and the Sensational Space Shifters quickly filled the unoccupied spaces, eager to get a good spot for the headliners.

At the end of the band’s set, Tom Morello, the guitarist from Rage Against the Machine and Audioslave, joined The Last Internationale on stage to the audience’s surprise. The band finished with a fast-paced song that featured a harmony of Morello’s guitar solo and Paz’s raspy voice.

As the stage managers switched out the instruments, the crowd became restless with anticipation for Plant’s appearance on stage. A hum filled the air as the sound of guitars, drums, basses and banjos echoed across the venue.

Fifteen minutes after he was scheduled to appear, Plant calmly walked on stage, as the crowd – a mixture of young classic rock devotees and older fans from the ’60s – yelled his name and profanities in excitement.

He opened his set with Led Zeppelin’s “No Quarter” and “Poor Howard,” which had a heavy folk rock sound with a banjo incorporated into the steady beat, from his new solo album, “lullaby and… The Ceaseless Roar.”

Plant followed with an alternative arrangement of “How Many More Times” from Led Zeppelin’s eponymous 1969 album with added African instruments like the riti, a type of West African fiddle, getting the crowd shuffling with the beat.

Plant and his band performed classic Zeppelin songs such as “Thank You” and “Going to California,” but with a folk and West African twist.

The crowd that filled every empty space in the Palladium did not get as aggressive as many other sold-out shows do, but instead remained focused on the awe of seeing Plant live.

Halfway through Plant’s set, Juldeh Camara, a gologo and riti player, conquered the stage with an instrumental riti solo.

At the end of the set, after playing a medley of “I Just Want to Make Love to You,” “Whole Lotta Love” and “Who Do You Love,” Plant and his band left the stage. The audience grew restless and began to chant “Robert” in hopes of luring him back to the stage.

Moments later, Plant calmly walked onstage, as the crowd applauded, and launched into a rendition of Zeppelin’s “Nobody’s Fault But Mine.” He then played his final song, “Little Maggie,” which is off his new album, and thanked his band and the crowd. He walked off the stage, leaving his audience members cheering and clapping for the music they had just experienced.

Although the folk style is not what Plant is known for from his classic rock days in Led Zeppelin, he is just as idolized for the his young spirit, creativity and passion he still retains in his music.

Correction: Plant opened with Zeppelin’s “No Quarter.” Plant played a medley of the songs “I Just Want to Make Love to You,” “Whole Lotta Love” and “Who Do You Love.”