Theater Review: ‘Death of the Author’ 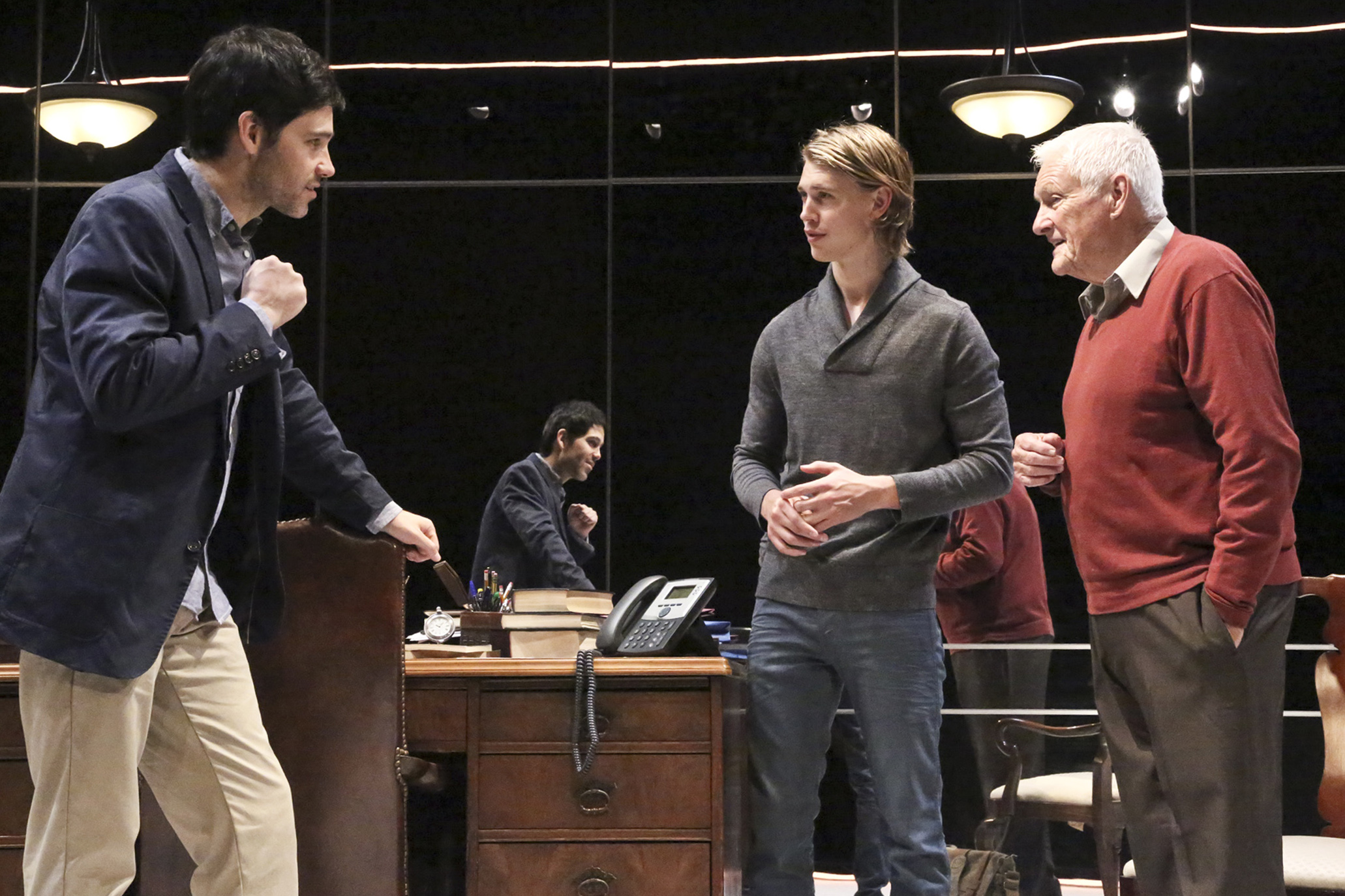 Death of the Author

It’s any almost-graduate’s nightmare: Clutching his chest and inhaling gasps of air, a college senior just days away from graduation has a panic attack as he is notified of an incomplete grade due to an accusation of plagiarism.

Thus begins “Death of the Author,” a play illustrating the power of words and actions that speak even louder than them. Written by playwright Steven Drukman and directed by Bart DeLorenzo, “Death of the Author” delivers an exceptional performance with its combination of humor and drama. The play spins the story of a student, Bradley (Austin Butler), who falls under speculation of plagiarism, and the other students and staff affected by his challenge to the administration.

Set at a prestigious university, four characters are central to the play. The show begins in the office of a professor, Jeff (David Clayton Rogers), who voices his suspicion of academic dishonesty to Bradley. When the accusation calls for the attention of a higher authority, the chair of the department, Professor Sykes (Orson Bean), joins the scenario. Not long after, Bradley’s ex-girlfriend Sarah (Lyndon Smith) begins to help with the accusation.

Drukman argues that written ideas have no author throughout the play. The question of what happens when old ideas become another person’s new ideas proves most thought-provoking as the concept of plagiarism is picked apart.

Although comprised of only four actors, the small cast captures the audience as they develop their respective characters into multi-dimensional personalities. Throughout the play, the characters reveal different sides of themselves that keep the audience charmed by their candidness. Although the play includes several literary references, from Chaucer and Dickens to postmodern works, the show is still highly relatable, with its salute to the quirks of university life.

Bean steals several scenes with his exaggerated hilarity and blunt delivery of jabs at the other characters as Professor Sykes. But when the play calls for seriousness, such as when Bradley accuses Jeff of inappropriate behavior as a professor, the cast conveys an authentic reaction. Butler makes his performance believable when he is gripped by his panic attacks, just as Rogers shows bouts of raw anger convincingly.

The juxtaposition between moments made for laughter and intense of dramatic parts builds a well-balanced performance. The reoccurring consequences of interpreting words literally rather than figuratively set the premise for Bradley’s initial offense and later have more serious effects as they jeopardize both Bradley and Jeff’s futures. The subjects’ efforts to see truth in diction produce a story that shows clarification is key and that words can change lives, literally.

The additions to the plot become slightly overwhelming toward the end, with a change in Jeff’s job status, relationship issues between Bradley and Sarah, Bradley’s past traumatic experiences and Professor Sykes’ health risks complicating the plot, but allow the show to maintain a quick pace that leaves the characters anything but flat.

With fluidity, the show transports the audience from empathy to laughter and everything in between, all the while making a consistent connection between the characters. “Death of the Author” makes its impact with the incorporation of weighty words and exploration of the ways in which they should be interpreted.