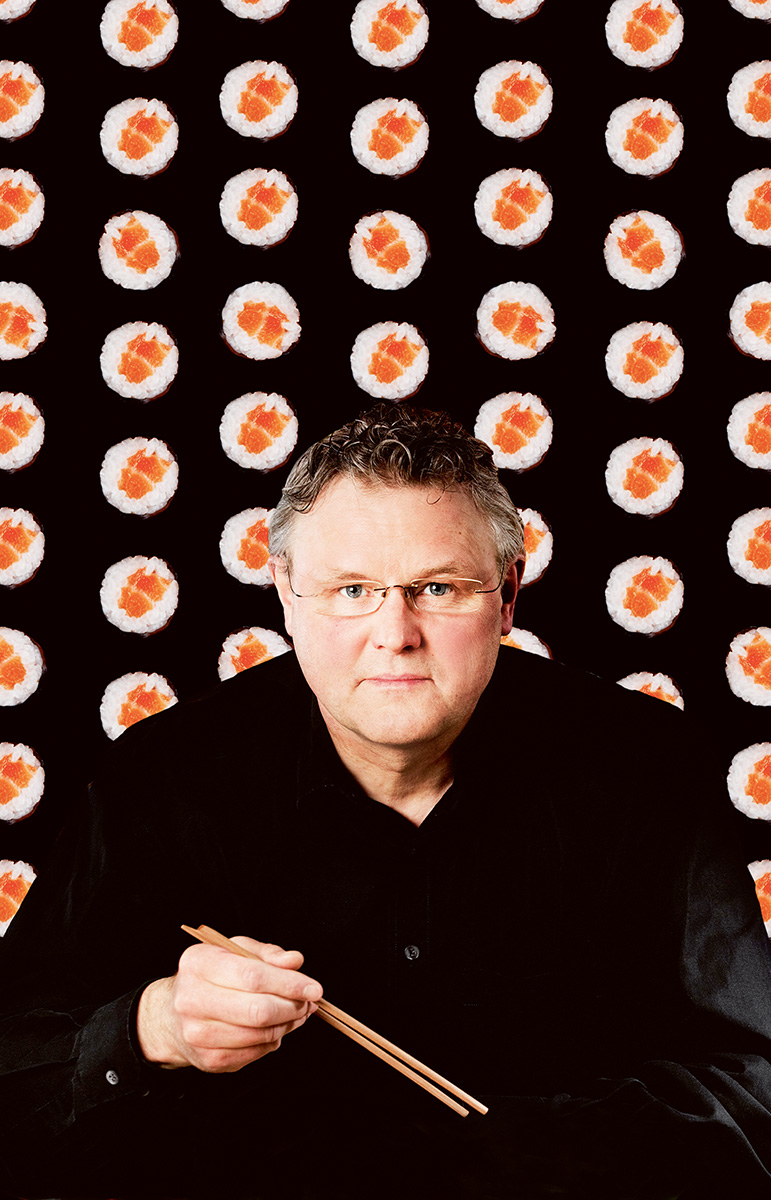 University of Southern Denmark biophysics professor Ole Mouritsen will give a lecture entitled “The Science of Sushi” at Schoenberg Hall Wednesday, as the first of the “2014 UCLA Science and Food Public Lecture Series.”
(Courtesy of Jakob Carlsen)

More familiar with the Atlantic Ocean rather than the Pacific Ocean that borders Japan, where sushi originated, University of Southern Denmark biophysics professor Ole Mouritsen will give a lecture titled “The Science of Sushi” at Schoenberg Hall tonight. The joint lecture, given with Morihiro Onodera, an L.A. sushi chef, is the first in the “Science and Food Public Lecture Series.” Mouritsen’s new book, “Umami: Unlocking the Secrets of the Fifth Taste,” was released Tuesday.

Daily Bruin’s Amy Char spoke with Mouritsen about his fascination with sushi, the relationship between science and food, and modern Danish cuisine.

Daily Bruin: Can you tell me more about your background as a biophysics professor that connects to your interest in sushi?

Ole Mouritsen: My background is in theoretical physics. Physics is a discipline that you can bring to bear in many different kinds of fields. Ever since my first encounter with Asian food, in particular Japanese food, I was caught by an interest of a combination of a rich cultural history, beautiful aesthetics, healthy food and flavorful raw materials. A lot of it comes from the sea, specifically fish, shellfish and algae. My interest in sushi came from my curiosity as a scientist to explore different cuisines, in particular the Asian cuisine, and I gradually developed an interest in texture and flavor.

DB: I read in one of your author biographies online that you have prepared weekly sushi meals for your family and friends for more than 25 years. How did this tradition begin?

OM: This biography must be old. I think I started preparing sushi in ’81. That’s more than 30 years, almost 35. When I came home from Vancouver (where I first encountered sushi), I was craving sushi. What do you do? You start practicing yourself. I tried to teach myself how to cook rice and how to prepare the fish. I should tell you a secret: I’m not a patient cookbook reader. I don’t have the patience to read cookbooks. I experiment. I’ve done mistakes and that’s the way to learn. I tried to cook all sorts of rice in all sorts of combinations and I found the way that works for me. One thing I really liked, and I guess that’s true for all cooking, is that you can always become better. … To me, I’m an eternal apprentice.

DB: Can you give me a brief overview of what you will be talking about during your lecture?

OM: First, I’ll tell people about the history of sushi and where it comes from. Sushi was originally a way of conserving perishable seafood. I’ll try to make them think about that – why does sushi have to be sour and salty? Obviously, it’s sweet from the rice but the sour and salty reflects how it was prepared more than 1,000 years ago when people didn’t have refrigerators and means of fast transportation. You fermented the fish in layers of cooked rice. The salt and the acid, from the rice vinegar, enhance the living conditions for lactic bacteria, which is a way of fermentation. The fish was fermented in the rice. … Over the years, people have gradually shorted the time of fermentation. Now there’s no fermentation. People eat it raw. … My presentation will be a medley of cultural history, materials from the ocean, fish, shellfish, seaweed, colors, textures, fatty acids, flavor and then a bit about aesthetics and presentation.

DB: Can you tell me more about the science behind food?

OM: Science enhances not only the understanding of deliciousness, umami, but also gives the suggestions for how to combine new dishes. Two elements are needed to enhance umami by triggering the umami receptor. The first element is glutamate and there is a lot of glutamate in (for example) ripe tomatoes, Parmesan cheese, cured ham and various fermented products. The reason why we love them is because they’re high in glutamate. The second element is nucleotides, which comes from (for example) fish, shellfish and fungi. This pairing of the two elements is something you find in all cuisines around the world. It explains why people like bacon and eggs or ham and cheese or meat and tomato sauce.

DB: How popular is sushi in Denmark? Is fish a big part of Danish cuisine?

OM: It’s quite popular but most foreigners who come to our country are quite surprised to see even though we’re a small nation with small islands, we don’t eat as much seafood as you’d expect. Things like octopus and squid are something Danes don’t have a tradition for eating even though we have these species in our waters. When it comes to Japanese cuisines, sea urchins are sought after, but sea urchins are in our water but that’s not something Danes eat.

I’m trying to promote in Denmark that we should eat more fish and eat the kind of species that people are not used to seeing. What is happening in our country, and this is probably similar in the United States, but we get our protein from land-based animals, which is expensive and not very sustainable. … All the campaigns are too focused on nutrition and health and not focused on flavor and taste. I’m working with chefs to focus on teaching Danes to appreciate different flavors of seafood and then healthy aspects and the nutrition. Flavor comes first.