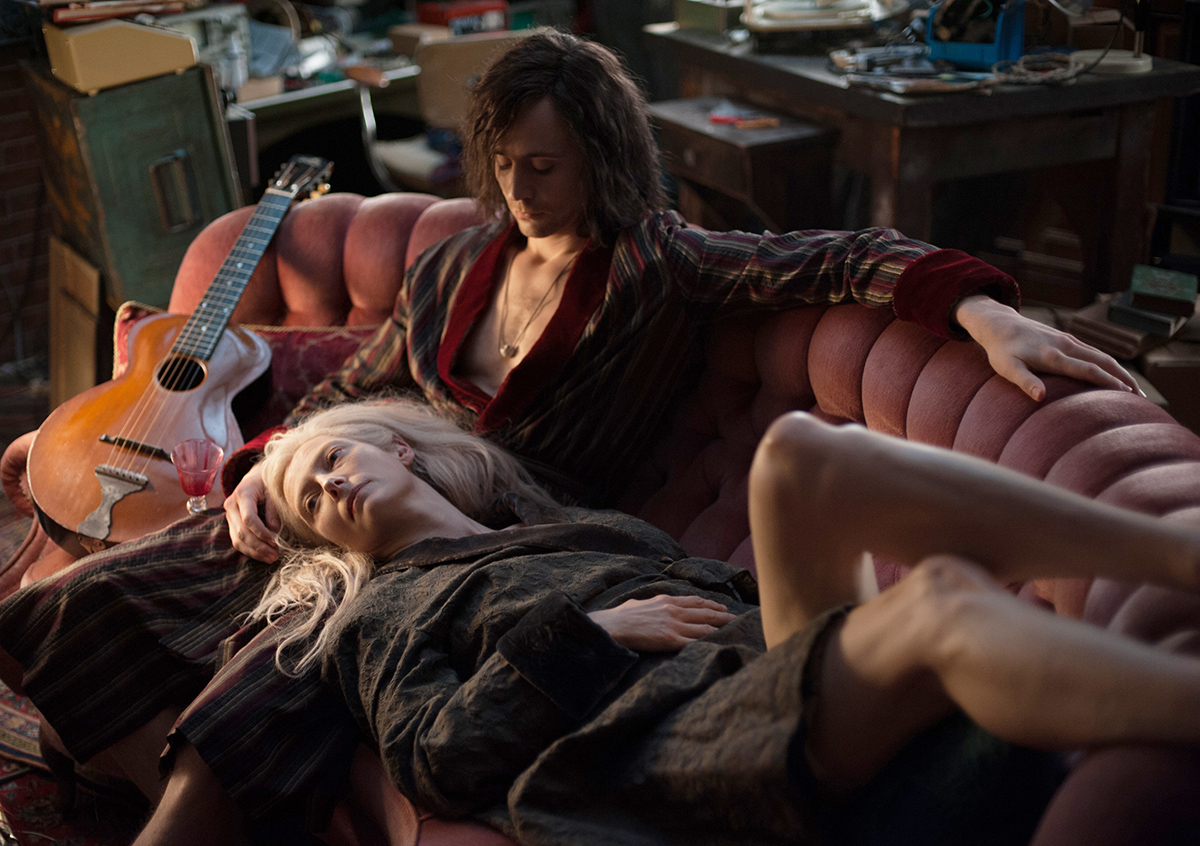 Only Adam and Eve, the two stars of Jim Jarmusch’s new film, “Only Lovers Left Alive,” are cool enough to wear sunglasses at night. Like their biblical namesakes, their love story is epic, but quite unlike the other couple, they are also super-cool vampires.

The film follows the reunion of Adam (Tom Hiddleston), a reclusive musician who lives in Detroit, and Eve (Tilda Swinton), a vibrant bibliophile who resides in Tangier, Morocco. Most of the film is a stunning portrait of these two fascinating creatures, which includes events involving Eve’s sister, the troublemaking vampire Ava (Mia Wasikowska); Adam’s mortal, hip errand boy Ian (Anton Yelchin) and even the 16th-century playwright Christopher Marlowe (John Hurt).

The film’s main characters, like its dual settings, are oppositional. Eve and Tangier are full of life, bright even in the dead of night, while Adam and Detroit are empty, dark and lonely. Eve walks around Tangier clad completely in white, her hair a huge platinum blond mane as she passes people in the city’s winding streets. In contrast, Adam wears only black, has chin-length jet hair and only leaves the house in his vintage sports car to drive around Detroit’s deserted streets.

The beautiful sets also speak to the characters’ divergent obsessions and life philosophies. Every corner of Eve’s room in Tangier is stacked with books in languages varying from Arabic to French, and light floods through her windows onto her luxurious bed. However, Adam closes his blinds. Turntables, vintage instruments and anachronistic recording equipment cover almost every surface of his house. Thus, the sets portray Adam’s introspective, creative tendencies and Eve’s more social habits.

However contrasting the main characters may appear, they are also complementary. Hiddleston and Swinton do a fantastically convincing job at portraying the closeness and tenderness of a love that is literally centuries old.

“Only Lovers Left Alive” is more an exploration of a very old love story and the effects of immortality with vampires in it than a vampire movie. Thus, it bears very little resemblance to dramatic, action-packed vampire movies like “Twilight” and “Vampire Academy.” There is blood, but blood is not the only driving force in any of these vampires’ lives. Instead, we are allowed to observe how creativity, knowledge and love are fostered and appreciated through the ages by a group of bloodsuckers.

This story is also told through gorgeous cinematography. The opening credits alone, with their slightly tilted camera angles, draw the viewer in and help set the otherworldly mood of the whole film. Other scenes seem to take place in beautiful, almost complete, darkness.

Literary aficionados will especially appreciate the clever script. The film is awash with literary references ranging from “The Great Gatsby” to “Doctor Faustus.” There are also quite a few allusions made for the musically obsessed, from Billie Holiday to Jack White.

Even with the film’s many merits, the plot is a little slow. The dazed mood of the film is usually enjoyable, especially because of the interesting characters and stellar performances. And while only a few events actually occur in this film, not many really should. The time elapsed is only a short chapter in the long chronicle of Adam and Eve’s love story. However, it would be slightly more entertaining if it went a bit faster.

While it may take the film a little bit of time to get to its major plot points, Adam, Eve and the beautifully detailed world they reside in are so stunning that “Only Lovers Left Alive” is surely worth the wait.