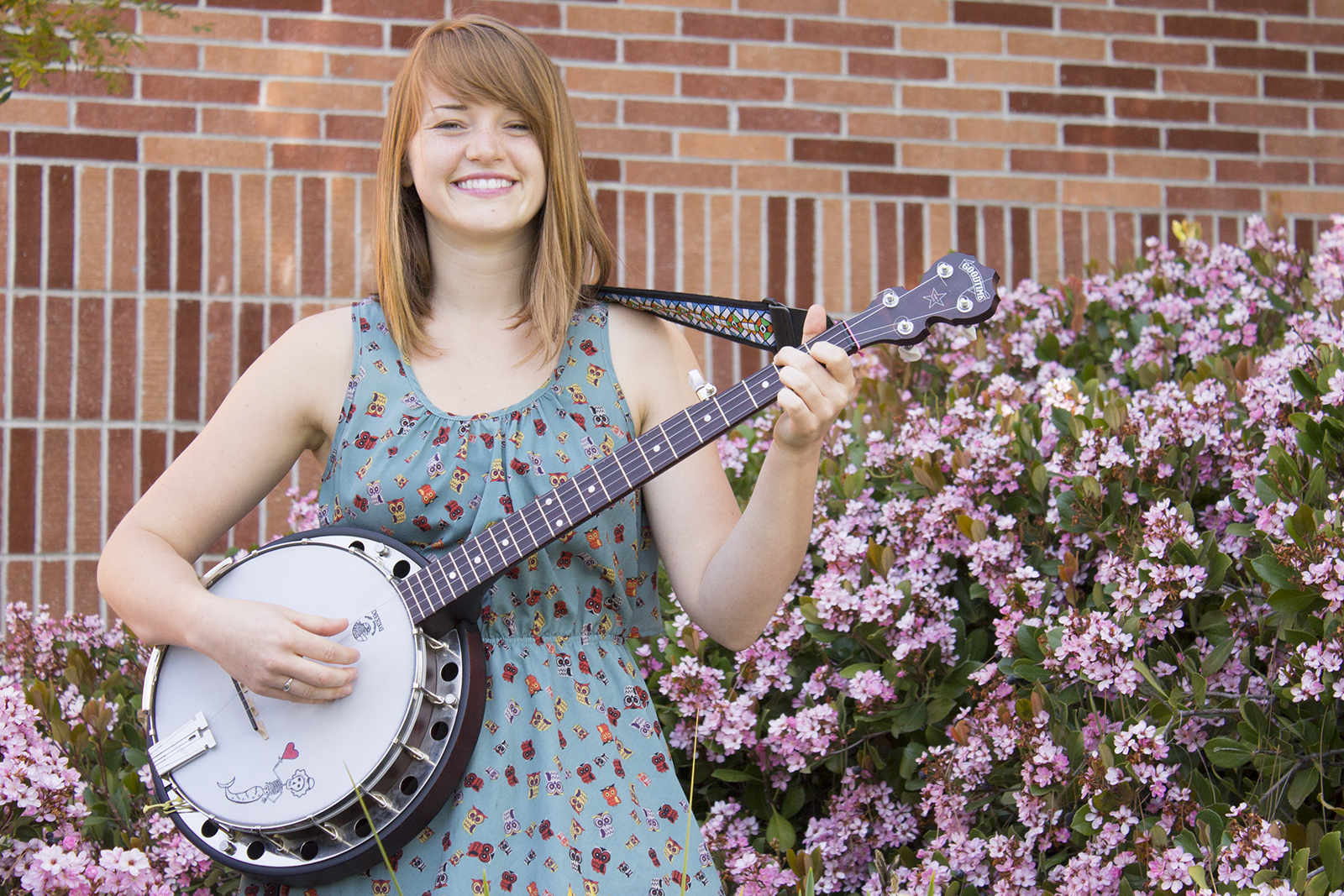 Second-year dance student Sarah Summers will release her debut album, “Lovely Little Things,” on March 24. The 11-track album is comprised of tracks Summers wrote both in high school and at UCLA.

The title track on Sarah Summers’ debut album, “Lovely Little Things,” was almost relegated to the same forlorn fate as the archaic flip phone she originally recorded it on.

“I wrote it when I was 15,” Summers said. “It was the first time I got a banjo, and I was like, ‘Oh, I just want to play around with this.’ I wrote it, never performed it, never brought it up again and now it’s just this full production.”

Now 20, Summers, a second-year dance student, will release her debut album on March 24. The 11-track folk and blues album represents her personal and artistic growth over time. Along with the release of “Lovely Little Things,” Summers will also release an acoustic EP and perform a release concert in her hometown of Sonoma on the same day.

Summers first thought about recording an album in fall 2012 and began recording it in Sonoma over winter break that year. She said the process took a long time because of location issues, but she is glad it took over a year to record as five of the songs hadn’t even been written when she began.

“Recording just really puts you under a microscope,” Summers said. “I feel like I’m a better performer because of it. I’m also just emotionally in a different place than I was before.”

Some of the tracks were written when Summers was in high school. Meagan Durfee, a second-year sociology student at Mills College, who has been friends with Summers since their freshman year of high school, said Summers’ music has matured along with her.

Summers said some of her songs feature small-town themes, such as the tendency to gossip in “Slow Dying Light,” rather than specific stories about people that listeners can easily follow. Another song, “Bones,” written during winter quarter of her first year at UCLA, is about trading Sonoma in for Los Angeles and trying to find a home and feel grounded in a new place.

“I think a lot of the small-town mentality can be present in anybody’s daily life regardless of where they live,” said Sean Carscadden, Delta Bound Records’ producer and arranger.

Not all listeners can share Summers’ same personal experiences, but Delta Bound Records’ sound engineer Andy Saks said Summers’ lyrics are accessible even if the message is not obvious.

“With the way that she writes songs, there’s plenty of room for interpretation for what the song means,” Carscadden said. “For people into lyrics, it’ll keep them coming back. The lyrics will always be interesting because there’s a lot of room for interpreting what she’s saying.”

Summers said her artistic accomplishments up to now have been through school or as a member of other musical groups, such as The Street Hearts, of which she is the banjoist. She characterized The Street Hearts’ music as more Americana folk, jazz and soul. Compared to the band’s music, she described her solo work as more on the guitar end of blues rather than the piano end. Stylistically, she said it is more Tom Waits, less Billy Joel.

“This is the first thing that I feel like I can really own as a young professional,” Summers said. “I feel like it’s almost dedicated to all those years of work and all those people I’ve met up to this point and that part of myself that I’m hoping to leave behind with this project.”

Summers said she looks at her album as her pre-adulthood body of work, but she knows she is still growing.

“I hope this is the first step toward leaving ‘I’m a teenage girl with a guitar playing about my feelings’ … and moving into ‘I want to pursue music for the craft and the people,’” Summers said.

Summers said there is a variety of styles on the album, which she is happy with as she feels the record does not pigeonhole her. However, she said Carscadden was very intent on keeping the integrity of the original song, as she can still hear what each song sounded like when she first wrote it.

“I’ll have a lot of options with this,” Summers said. “There’s a blues song, there’s a very bluegrassy song, some are very banjo heavy, some are bass heavy, there’s some with electric guitar, and there’s just one with tuba in it.”

Two tracks, “Meagan’s Song” and “The Grave,” were recorded live in Sonoma’s Sebastiani Theatre, where the release concert will be held, with one take each. Summers said these versions feature very minimal instrumentation and focus more on the vocal harmonies.

Summers said she still has mixed feelings about the track “Lovely Little Things.” Carscadden, however, thinks the song, which he said was previously “out of sight, out of mind” for Summers, aptly describes the album as a collection of lovely little things. Summers sees the title as both endearing and sassy.

“As much as I felt things were taking off in Sonoma, I was in such a small pond,” Summers said. “It’s also sassy towards myself – the things that I write about, the ‘big emotions.’ In the grand scheme of things, they’re little. Just recognizing the interesting beauty in feeling something like that, something that really takes up your whole world, while recognizing that your world isn’t the whole world – it’s actually pretty little.”