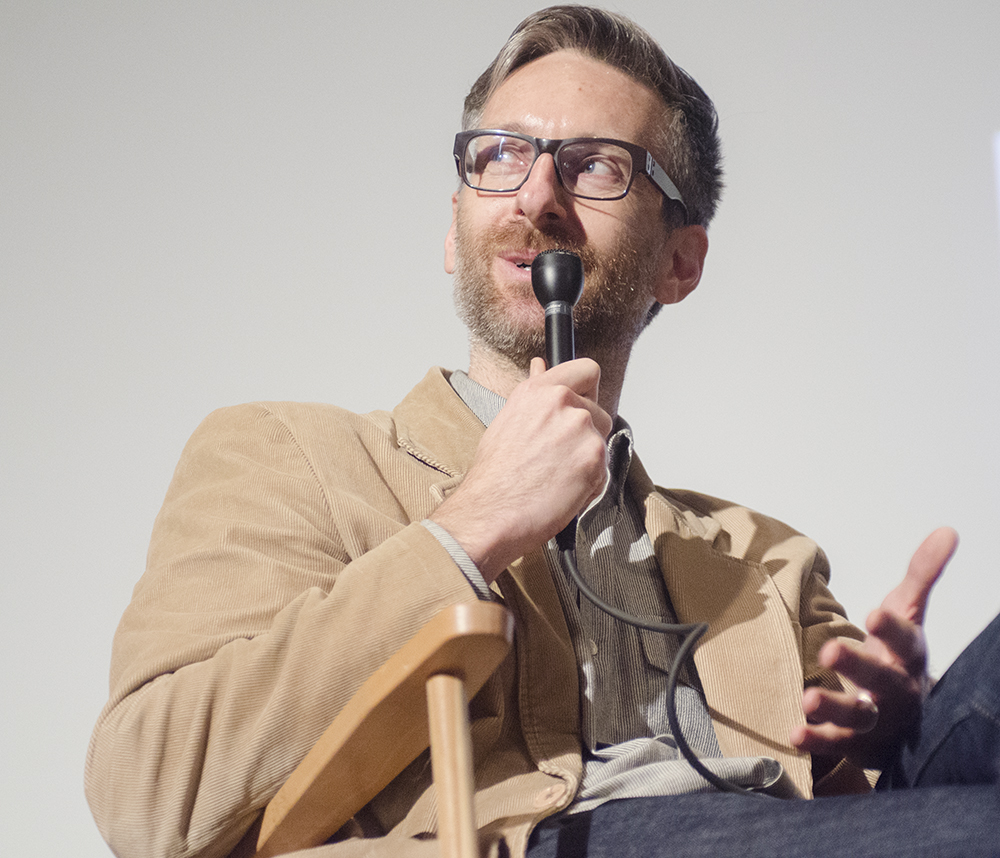 Costume designers from notable films of the last year, including Michael Wilkinson of “American Hustle” were in attendance at the UCLA School of Theater, Film and Television’s “Sketch to Screen” panel.

In the last year, filmmakers have lit Katniss Everdeen’s dress on fire, shown us the lavish jeweled outfits worn to Gatsby’s parties and ensured the clothing of the ’70s be portrayed accurately in “American Hustle.” However, in the words of Deborah Landis, chair and founding director of the David C. Copley Center for the Study of Costume Design, costume design is not just about the clothes.

On Friday, costume design and its role in developing characters and storylines in film was discussed at “Sketch to Screen: Costume Design Panel and Celebration.” Hosted by the Copley Center in UCLA’s School of Theater, Film and Television, the event featured a panel of five movie costume designers who shared their experiences in the industry.

“Our real role is to create the right costume for the story in the moment, to bring forth a character and to create people,” said Landis, who moderated the event. “It is our job to give information about the character and the story before one word is spoken.”

The group of five comprised of Wendy Chuck (“Nebraska”), Catherine Martin (“The Great Gatsby), Daniel Orlandi (“Saving Mr. Banks”), Trish Summerville (“The Hunger Games: Catching Fire”) and Michael Wilkinson (“American Hustle”). All designers worked on “period clothing” for their respective films, creating looks that ranged from the Victorian era to the ’60s to a scientific future.

Landis began the panel discussion by asking the various designers where they began their journeys in the industry. Answers varied, some speaking of their time at the National Institute of Dramatic Arts while others learned from the ground up. Landis then asked each panelist about the best and worst parts of the job.

“I love when the actor is a part of the process, because there is a certain intimacy during that time and they bring the clothes to life,” said Martin, who won an Academy Award for her work on “The Great Gatsby.” “Take Diane Keaton, for example; she brings something to clothes that nobody else could, whereas I would look like a clown in those clothes.”

Summerville said she agreed that the best part of the job is the collaboration and the energy of putting a costume on an actor that “works” – when they suddenly become the character – and said the worst part of the job is clothing mistakes made by dry cleaning. Later in the event, Summerville talked about her work in “The Hunger Games: Catching Fire” and the research process necessary to create the science fiction-inspired world of Panem.

Summerville said researching Panem beyond reading the original novel by Suzanne Collins became highly specific. She said she created various styles, striving to make the fashion look cohesive, but also so it did not seem that the characters all shopped at the same place.

The other panelists also described their preparation for film projects – Chuck prepared for the Midwestern costumes of “Nebraska” by giving disposable cameras to high school students, and Wilkinson scoured the country to remake ’70s clothing that avoided clichés of the era.

“For ‘American Hustle,’ the characters were written with such complexity and idiosyncrasy that I couldn’t just use cliché pieces,” Wilkinson said. “Immediately when I read the script, I saw what a direct relationship all the characters had with their clothes; they dressed themselves quite consciously. … Here were these characters who really thought hard about how they wanted to present themselves to the world.”

Wilkinson humorously described actress Amy Adams’ three rules to managing her character’s love of plunging necklines in “American Hustle”: holding very erect and staying conscious of gaping, keeping away from awful gusts of wind and making friends with the editor.

Regarding the characters in “Saving Mr. Banks,” Orlandi talked about his work dressing actress Emma Thompson as P.L. Travers, writer of “Mary Poppins,” and how he attempted to change the clothes from looking “sexy” to representing a more authentic picture of the author.

“In the case of P.L. Travers, we wanted her to seem completely like a fish out of water coming from Britain to America,” Orlandi said. “We wanted to show the difference, for her to be this formidable presence.”

Near the end of the event, Landis opened up the discussion for an audience Q&A.; The importance of period details, down to the underwear, was introduced as a topic – Landis said that these details do matter, and that most often costume designers dress people from the inside out because period underwear can completely change a silhouette.

“Wearing clothes is such a sensory, visceral feeling; the difference between wearing a polyester slip versus a beautiful silk one, it actually affects how you feel,” Wilkinson said. “Time and time again I’ve seen my actors in the fitting room physically respond to the sensation of the wearing these clothes, and that starts with the underwear.”

Toward the end of the Q&A, an audience member asked what the panelists attributed their success to, between percentage of talent, who they know, timing and luck. Martin said that without hard work and long hours to put into developing ideas, nothing will happen.

“There’s more alchemy to costume design (than other fields); there are just more variables in costumes,” Martin said. “It’s hard to be surprised by the (set design and production) of Gatsby’s ball with people’s expectations, but even a dress you’ve seen three hundred times already can be surprising on the day of filming.”

Wilkinson said the costume designer’s creative role is important as an overarching message of the panel, clearly seen through the designers’ stories and passionate perception of a character’s aesthetics.

“The world is our palette as costume designers. We aren’t just a service that without, people would be naked onscreen,” Wilkinson said. “We’re a part of telling a story.”