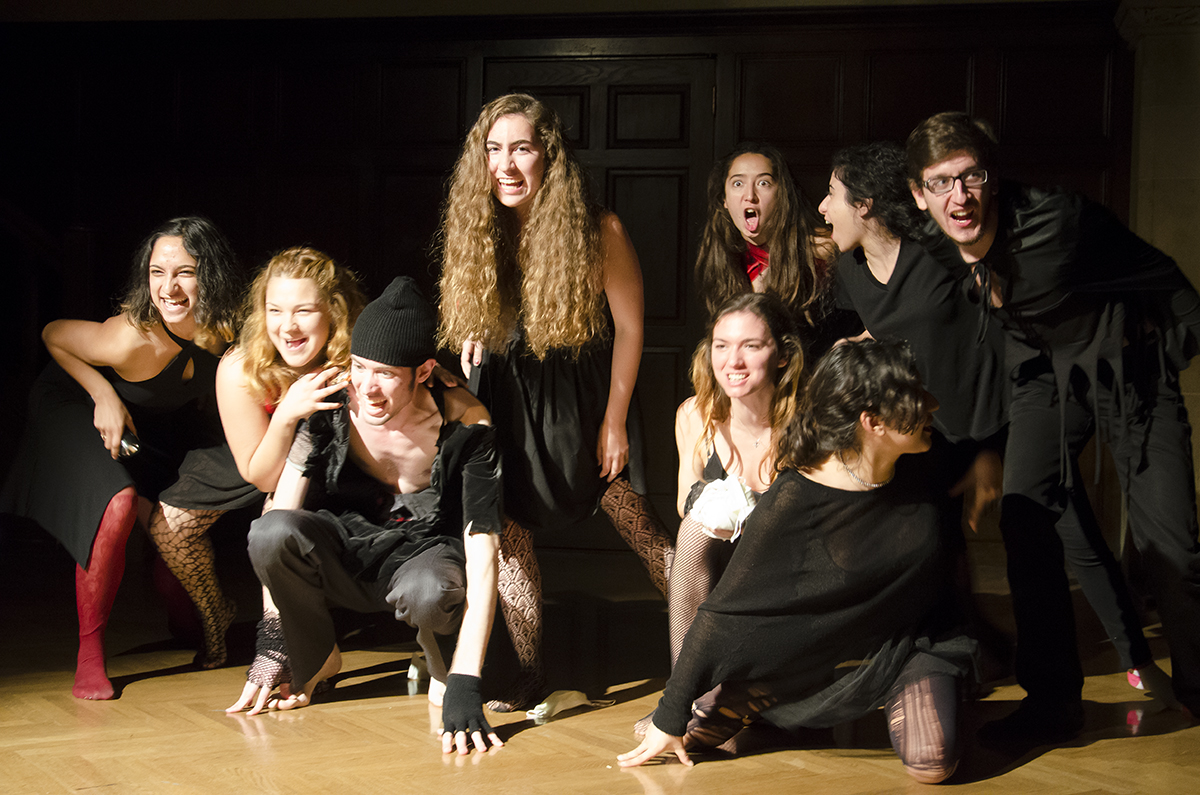 The Shakespeare Company at UCLA will be premiering its rendition of “Macbeth” Thursday night at the Kerckhoff Grand Salon. The production will feature twists on the classic tragedy, such as more females in the cast and a reinterpretation of some of its major characters.

Time and time again, Lady Macbeth has held her own as a powerful leading lady among male-dominated Shakesperean casts. This Thursday, however, she won’t be the only one.

“It’s refreshing to have women be powerful and scary, and to not have Lady Macbeth just be an anomaly,” said Lexi Cary, a fourth-year English student and co-director of the show. “We’ve got a lot of powerful women in this play.”

Thursday’s show is a seasonal performance for the Shakespeare Company at UCLA, a student-run group committed to making Shakespeare’s work more accessible to college students through live productions. Cary, a member of the leadership board, is co-directing the show alongside Alex Zobel, a doctoral candidate in English and member of the group.

The play “Macbeth” takes on questions of fate, power and greed as it follows the tragic story of Macbeth and his wife in their desperate struggle to attain and secure ruling status in Scotland. In their quest for power, they drive each other to commit a series of heinous crimes and ultimately to lose grasp of their sanity.

“The story is very visceral. It’s not dry, boring literature,” said Robert Watson, a second-year theater student who plays Macbeth in the adaptation. “It’s about sex and violence. There’s definitely an element of Hollywood.”

Although the play’s story may be familiar to many, Cary and Zobel have some surprises in store for audiences, including a new perspective on the female characters.

“Any Shakespeare play is going to be problematic for a modern feminist, so we have reinterpreted the gender roles in the play,” Cary said.

Another way Cary and Zobel seek to challenge classic interpretations of the play is by reevaluating Lady Macbeth and her relationship with her husband.

“We’ve talked about how much we hate when Lady Macbeth is made out to be a scheming witch whose ambition is the reason that everything goes wrong and everyone dies,” Cary said. “We thought it was really important to reinterpret and empower the love between her and Macbeth, to make it clear that they love each other as equals.”

Cary and Zobel said they believe it is this type of emotional complexity that plays a big role in Shakespeare’s universal appeal. They said they hope to emphasize this aspect in all of the characters.

Instead of simply portraying Macbeth as a crazed murderer, Watson said he played off the character’s emotional turmoil.

“It is hard on a surface level to identify with this bloody tyrant,” Watson said. “But on an emotional level, he’s struggling to prove himself to his wife and I think that proving that we can be brave to a significant other is something that everyone struggles with at some point in their life.”

Zobel found that the themes of the play manifested themselves in the production process as well, particularly the theme of fate.

“For every actor, their fate is scripted out for them, but they have to find a way to find their own agency,” Zobel said. “This is a wonderful text for them to learn how to act and what a character really is.”

In order to help this process, Watson said Zobel had individual meetings with each of the actors to discuss the text, a difficult feat considering the limited time they had to bring the production together.

“I am suddenly a firm believer, as are the directors, in that if the actors understand every word they’re saying, then the audience will too,” Watson said.

Cary and Zobel said they added lines for minor characters to give them backstories, and to encourage the audience to care about those characters as much as the leads. They also hinted at a surprise twist in the end.

Through this production of “Macbeth,” Cary and Zobel said they hope to engage loyal Shakespeare lovers and inspire new fans as well.

“I’d like the audience to see how human Shakespeare can be,” Cary said. “I want them to care and to understand that the reason Shakespeare’s (work) is still alive is because it’s so moving.”