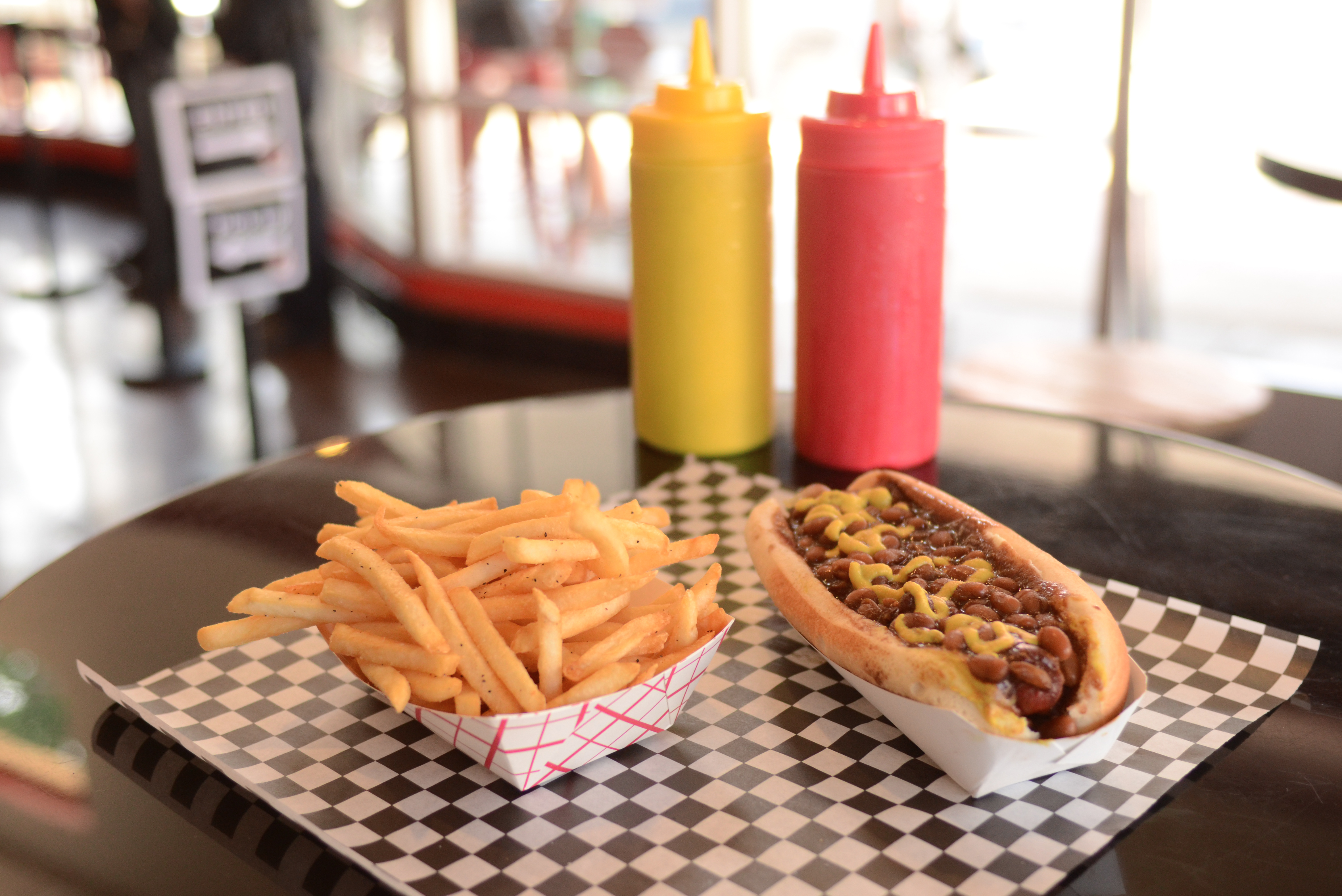 By Kelsey Rocha and Shreya Aiyar

A line stretches out of the door of a dim, chandelier-lit restaurant, where an assembly line of chefs expertly tosses pizza dough and tops the pies with colorful vegetables, chunky tomato sauce and assorted meats according to each customer’s preference.

Overseeing it all is Anthony Carron, the chef, creator and co-owner of 800 Degrees Neapolitan Pizzeria located in Westwood Village. Carron said the restaurant is the culmination of a passion for food that dates back to his college days at Macalester College in Minnesota.

“While I was (in college), I started cooking to help pay my bills,” Carron said. “I fell in love with it.”

Before long, Carron had dropped out of school to pursue a career in the culinary arts, but said he learned the ins and outs of cooking through experience.

“I couldn’t afford to go to culinary school, but I bought the textbook for the Culinary Institute of America and just cooked everything in it for my college roommates,” Carron said. “I taught myself by working in restaurants and working my way up.”

Carron was then employed as a chef under celebrity restaurateur Michael Mina in San Francisco. It was during this time that Carron said he discovered a love for Neapolitan pizza, a thin, crispy pie topped with various fresh ingredients, and imagined a restaurant revolving solely around the idea.

“I was researching Neapolitan pizza and discovered that it cooked in one minute,” Carron said. “That’s when I had this lightning bolt moment, like, ‘Wow, if I can cook a pizza in one minute, what’s to stop me from setting it up like an assembly line?’”

Carron said he tried to bring the fine dining experience from Mina’s restaurant to 800 Degrees’ faster, casual atmosphere by sourcing fresh ingredients, such as broccolini and artichokes from local farmers.

The main goal of the cuisine, Carron said, was to make a pizza that was freshly prepared and satisfying, yet healthy and light.

“It’s the kind of pizza that doesn’t weigh you down afterwards; it’s light and you can eat a whole one, go back to work and not want to take a nap,” Carron said. “I just hope (the customers) feel happy and healthy after they eat a pizza here.”

Nearly 50 years ago, on a Christmas night, a doughnut shop was born.

It was 1963, and Stan Berman was hosting a party in honor of his 11th anniversary with his wife. While most guests departed at reasonable hours, one by the name of Bob Jaffe refused to leave.

Jaffe had just bought a corner shop bakery in the heart of Westwood Village, and was set on showing it to his friend. Berman eventually gave in and went down to see the shop in the middle of the night.

Berman, who himself was already in the bakery business, said he knew Jaffe was bringing him down to the shop to convince him to go into business together. Berman said he remained skeptical up until they stepped into the shop.

“It was the middle of the night and (Jaffe) brought me into this tiny little shop right here. Then I knew I’d be making doughuts for a long time,” Berman said.

On the spot, the two became business partners and opened their establishment as the Corner Shoppe Bakery the very next morning.

Throughout the years, there have been three generations of Bermans working behind the cozy bakery counter selling the large variety of signature doughnuts Stan’s has to offer. Yet, neither Berman’s children, nor his grandchildren wanted to stay in the bakery business long-term, so Berman himself continues to come into work every day.

With about half a century under his belt, Berman has said he’s gotten to know a number of the UCLA chancellors, professors and students. For a long time, he said he had a good partnership going with the school and was selling about 150 dozen donuts per day to campus.

Among these hundreds of doughnuts sold, the Huelle stands out as Stan’s Donuts’ No. 1 seller. The pastry is popular for its creamy peanut butter center and decadent chocolate glaze. Berman, however, said his favorite to this day continues to be the classic buttermilk raisin bar.

As the university has evolved to become a more independent entity from Westwood village, Berman has said the partnership he once had with UCLA has since dwindled, but he continues to have a loyal customer base with certain organizations and students.

Now, on the brink of the shop’s golden anniversary, Berman said he’s watched the university grow and change, but two things are constants in Westwood: his donuts and the character of the students.

On opening day, the line stretched around the corner of Broxton and Le Conte for 50 feet. Students and Westwood natives alike had come to check out the new hot dog place. Despite an hour-long fryer break down, the crowds remained and returned for a second day as well.

For owner Gary Budish, the opening of the restaurant was a dream he realized post-retirement. Budish, who considers himself a businessman, said the restaurant business wasn’t something he ever really envisioned himself pursuing, but that when he retired he found himself unsatisfied without any work to do.

Only two months into his retirement, Budish discovered the original Fab Hot Dogs through the Food Network show “Diners, Drive-in’s and Dives.” Blown away by the food, it took him only a year to become friends with the owner Joe Fabrocini, secure the rights to Fab Hot Dogs and get right to work in Westwood.

Budish and his life-long friends Loren Harmell and Andy Fox co-own the business with Fabrocini acting as a consultant. Because none of the three have any restaurant experience, their roles revolve more around controlling the quality of the food and in building the Fab Hot Dog experience for customers. It isn’t uncommon to see them hustling about the restaurant.

Fox said while they opted to replicate a lot of Fab’s original concept, they sought to modernize it and create an atmosphere that would appeal more to college students. With patio seating, rustic brick walls and brightly colored decor, the restaurant captures a fresh diner-fusion look.

Harmell said another youthful component is the restaurant’s “I Ate It All” challenge. Customers who successfully eat their way through every item on the menu earn themselves a spot on the wall of fame. That means challengers are looking at trying 19 types of hot dogs, 14 different burgers and a multitude of crispy, fried sides among other Fab Hot Dog delicacies.

The proximity to UCLA is something the owners are all excited about. Budish said they have planned late hours Thursday through Saturday hoping to be the go-to hang out for post-game celebrations.

Budish, who has a particular affinity for UCLA sports, said he is a close personal friend to a number of directors in the athletic department, and said having their flagship store in Westwood is an especially rewarding experience.

“I’m a big sports donor through the Wooden Athletic Fund. I never miss a basketball game; I never miss a football game,” Budish said. “I support the school whole-heartedly and it’s a dream to have a location that is this close to the school.”