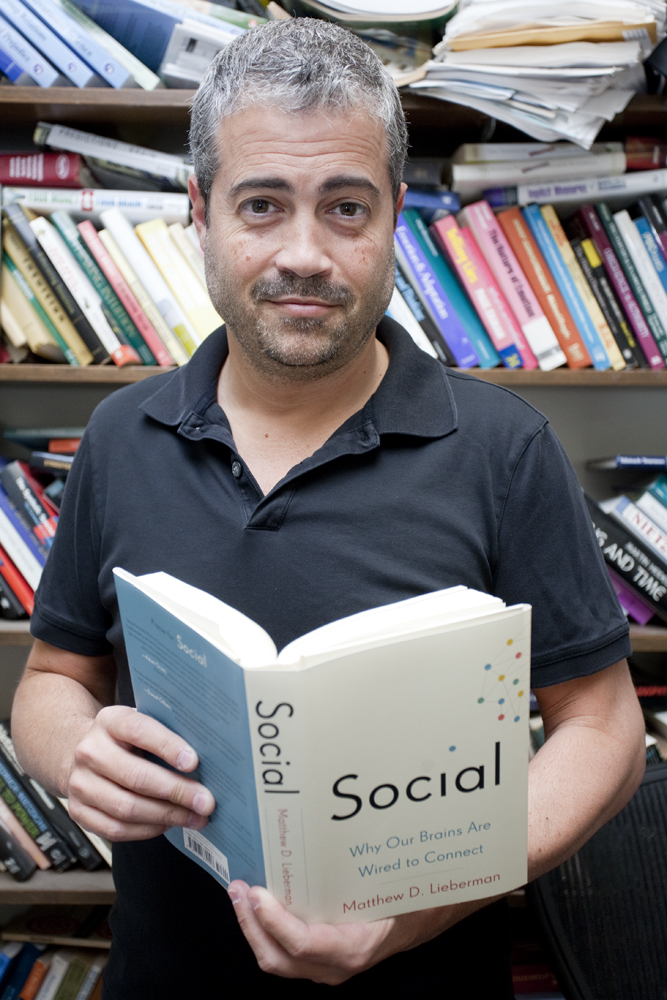 Matthew Lieberman, a professor of psychology, psychiatry and biobehavioral sciences at UCLA. Lieberman recently wrote a book about the importance of personal relationships for our happiness.

Lieberman recently wrote a book called “Social: Why Our Brains Are Wired to Connect” to educate people about the importance of personal relationships.

The book, which was released last week, is based on more than a decade of research Lieberman and his peers have done in the field of social cognitive neuroscience.

For example, Lieberman outlines a study that concluded spending time with a friend gives a person as much happiness as earning an extra $100,000, once you are above the poverty line.

He also discusses how people incorrectly value the pursuit of wealth over social well-being.

“Part of what I’m trying to do with the book is give people a lot of evidence to combat that intuition – that bad intuition – and maybe make some different choices about how they do things,” Lieberman said.

The book explains how human brains have been wired to be social over the course of human evolution – one of the conclusions Lieberman said he drew from his research in social cognitive science.

“Often times in research, we find these things and we tend to discuss them with other professors,” said Naomi Eisenberger, a professor of psychology and Lieberman’s wife. “It is important to tell everyone about the importance of social nature and of their social capabilities.”

Lieberman goes on to explain in his book how people who collaborate on projects accomplish more than people who work on their own.

“We’ve gone to the moon, which is insane,” Lieberman said. “But we’ve gone there because … our social abilities allow us to make the best use of our intellectual abilities.”

In a study on which Lieberman’s book is based, participants lay in a functional MRI scanner and played a ball-tossing video game with a computer program. However, the participants thought they were playing the game with two people who were also in scanners.

After a given amount of time, the program stopped throwing the participant the ball and excluded them. The researchers found that the same parts of the brain are activated when people face rejection and are in physical pain, Lieberman said.

“Social loss is processed in a similar way to which we process physical pain, and rejection really does hurt,” Eisenberger said. “People use those words, but I don’t think they really believe that it’s more than just a metaphor.”

Molly Crockett, a UCLA alumna, conducted research in Lieberman’s lab throughout her time as a student at UCLA. Now a Wellcome Trust Postdoctoral Fellow at University College London, Crockett still collaborates with Lieberman on projects.

“The way I approach problems and design experiments is modeled after what I have seen him do,” Crockett said.

Lieberman said the book tries to show how being social is just as important as thinking analytically.

“It isn’t about not using the analytical brain, but about recognizing that we’re wired over millions of years of evolution to be really good at the social side,” Lieberman said. “We need to take advantage of that.”