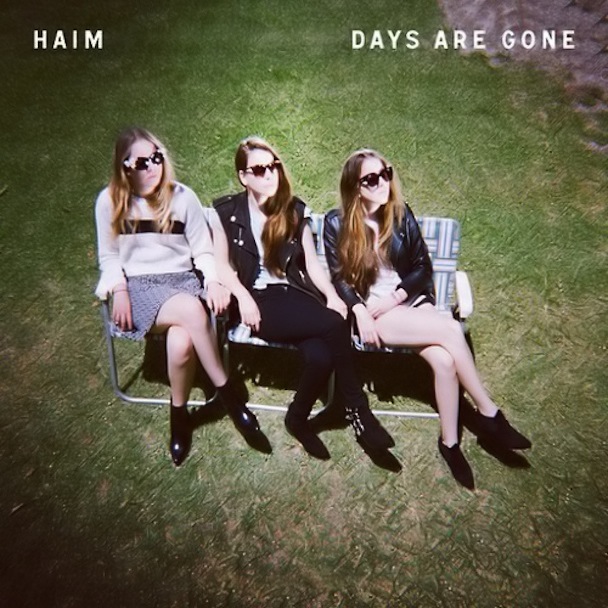 With songs like Daft Punk’s “Get Lucky” and Robin Thicke’s “Blurred Lines” at the top of the charts this year, it’s no secret that the disco-tinged sounds of the 1970s are making a strong comeback in the music world.

UCLA alumna Este Haim and her sisters Danielle and Alana have perfectly encompassed this revival. The trio, which has been compared to Fleetwood Mac, has gained the media’s attention for its strong personality, charm and wit, evident from the tracks on their 2012 EP “Forever.” After opening for a range of artists such as Edward Sharpe & the Magnetic Zeroes and Ke$ha, HAIM has delivered a ’70s- and ’80s-flavored debut album, “Days Are Gone,” that proves to be well worth the wait.

“Days Are Gone” kicks off with “Falling,” a piece that HAIM fans are already familiar with, as it was on the group’s 2012 EP. A solid backdrop of punchy percussion and shimmering guitar riffs accompany the inspirational and empowering message that lead vocalist Danielle Haim’s croons during the song’s refrain: “Don’t stop, no, I’ll never give up/And I’ll never look back, just hold your head up/And if it gets rough, it’s time to get rough.”

This is followed by the equally fan familiar tune “Forever,” which was the first track ever unveiled by the band – before they were even signed to a record label. Followed by their newest single, “The Wire,” the opening trio gives those already familiar with the band a refresher before the new material comes in.

“If I Could Change Your Mind” is the first new track, and it is not disappointing. Clapping beats and a darker tone dominate the piece, yet the upbeat vibe keeps the same fresh, fun mentality that fans will expect.

The album takes a turn, though, with “Honey & I,” the album’s weak link. The song is simply not as powerful as its predecessors, merely because it lacks some of the enticing beats and moving rhythms that the other tracks possess. However, tracks like “Don’t Save Me” and “My Song 5” quickly take back the reigns.

In fact, “My Song 5” is perhaps the strangest song on the album – starting off with deep vocals backed by a steady percussive backdrop, the track infuses syncopated rhythm and synthesized guitar riffs to show the edgier attitude of Haim. A plethora of modern and vintage sounds meshed together seem odd at first, but the fierce, sexy attitude reigns, turning the track into one of the album’s most powerful anthems, echoing the commanding presence of ’80s’ rocker Pat Benatar.

And, though the album at times is heavily reminiscent of upbeat and potent 80’s pop/rock, the Haim sisters’ vocals are also tinged with the feisty soul of an R&B; group. This fresh and distinctive twist is not overpowering, but instead testifies to their musical talent, seamlessly infusing the influence of ’90s groups from the girls’ childhood, like TLC and Destiny’s Child, while keeping with pop/rock roots.

The band’s name alludes to the Hebrew toast to life, “l’chaim.” And if a term had to be coined to describe the fun, powerful album’s overall feel, the word “life” would definitely suffice.