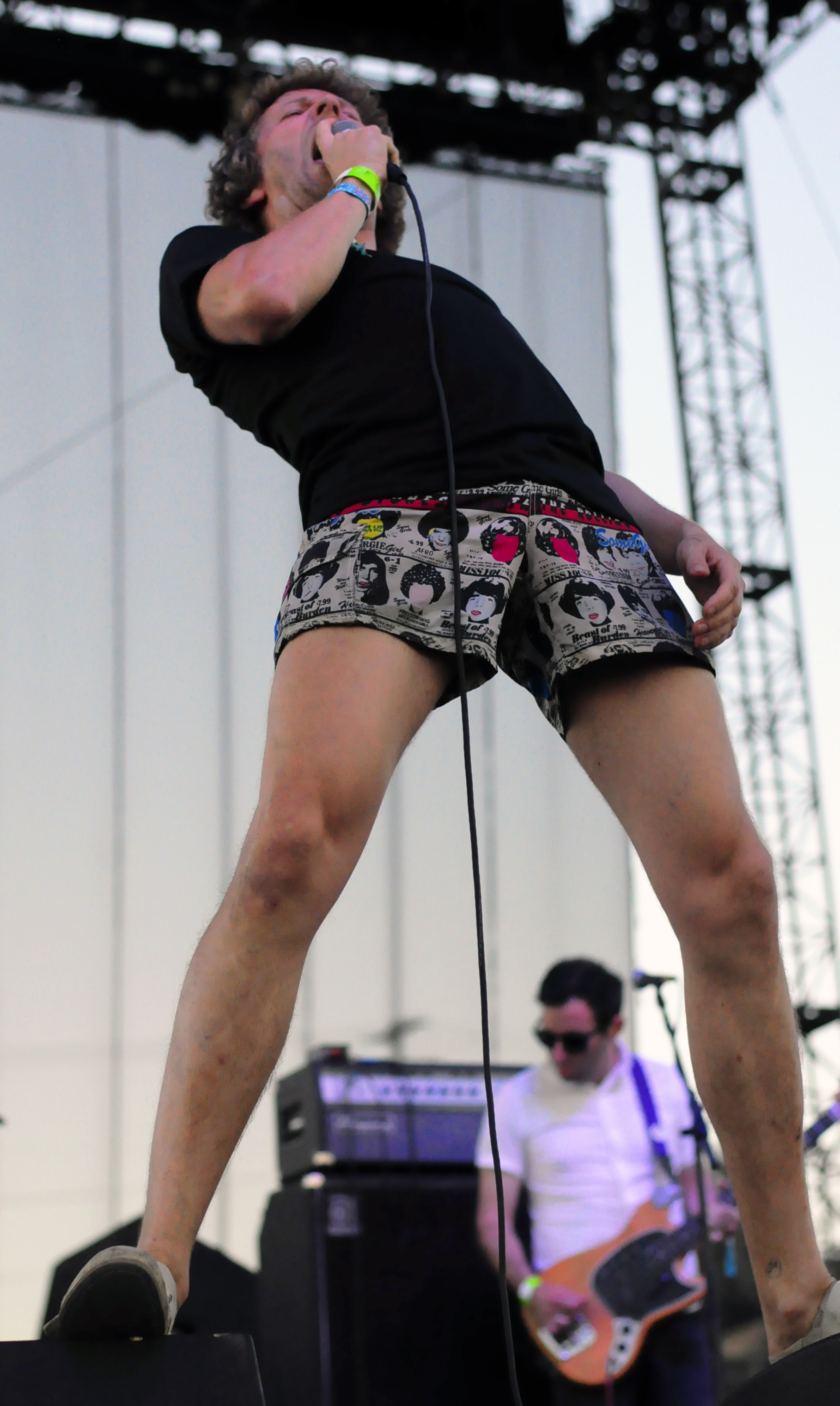 The second and final day of this year’s FYF Fest had all the makings of the quintessential Los Angeles summer experience: hot summer sun, a slight breeze from the western beaches, food trucks galore and immense amounts of musical talent. About 20,000 fans took over the 32 acres of the Los Angeles State Historic Park for another 10 hours of quality entertainment and did not leave disappointed.

Hailing from the beachside city of Brighton, England, indie rockers Fear of Men were one of the first acts to play Sunday, producing the perfect soundtrack to match the early afternoon sunshine. Their retro-tinged set was reminiscent of the Cranberries, with lead singer Jessica Weiss’ voice crooning against a backdrop of 60s-influenced guitar riffs and punchy percussion.

Parading around stage in a pair of boxers, Nic Offer, leader of dance-punk band !!! (vocalized “Chk Chk Chk”) had the crowd pumped up almost immediately. Combined with beach balls flying over the audience, Offer’s over-the-top facial expressions and ridiculously cheesy dance moves turned the set into a beachy dance party.

Up next was New Jersey-formed indie rock band Yo La Tengo, whose vintage vibe served as the perfect mid-afternoon set. Though they’ve been at it for about 30 years now, the mellow songs from their 13th studio album did not disappoint, as the live set was fresh and vibrant.

After the sun set and the lights of downtown Los Angeles began to gleam in the distance, the relaxed atmosphere changed and amped up slightly, and crowds turned to dream pop group Beach House, whose upbeat set provided the perfect transition to one of the most popular acts of the night: MGMT.

Immediately as MGMT took the stage, psychedelic color-blocked imagery took over the background screens in an animation that could only be described as, well, weird. However, as the audience became entranced during their second song, 2008’s hit single “Time to Pretend,” it was clear that the odd backdrop somehow fit in perfectly with the set, enhancing it instead of detracting from it.

The audience for MGMT was one of the most animated of the day, especially during the set-closer “Kids,” during which thousands of voices sang along with the energetic lead singer Andrew VanWyngarden. And with a cameo cowbell performance by actor Henry Winkler, it was easily one of the best sets of the weekend.

Despite hosting big names in the indie rock scene, the music diversified with electronic DJ Flume taking the Samantha Tent by storm and the traditional Arabic musical stylings of Syrian artist Omar Souleyman.

R&B was brought into the mix as Solange Knowles (younger sister of none other than Beyonce herself) took the stage with an aura that was as soulful as Joss Stone and as effortless as Diana Ross. Though she has been relatively quiet for the past decade, her electronic-infused R&B set proved that the Knowles family is indeed a cornucopia of musical talent. She managed to gain and hold the audience’s attention with her smooth voice and charming onstage presence.

Closing out the weekend’s events was headliner My Bloody Valentine, who had not played in the United States since 2009. Though it was suggested by the screens on either side of the stage to grab a pair of complementary earplugs before the set began, hundreds of fans of the Irish shoegazers disregarded the suggestion and rushed toward the stage, jumping and thrashing to the music — by far, the loudest set of the day and worthy of those earplugs — as soon as it began. A rambunctious finish to the day, fans were undoubtedly pleased, despite the technical difficulties that, at times, caused most of the sound to cut out.

With the laid-back, effortless atmosphere, a strong argument can be made that FYF Fest, a younger and less established festival, may be worthy competition for the more expensive and, for some, less geographically desirable Coachella. As one of the last festivals of the summer, FYF Fest now firmly stands on its own two feet as an event not to be missed.