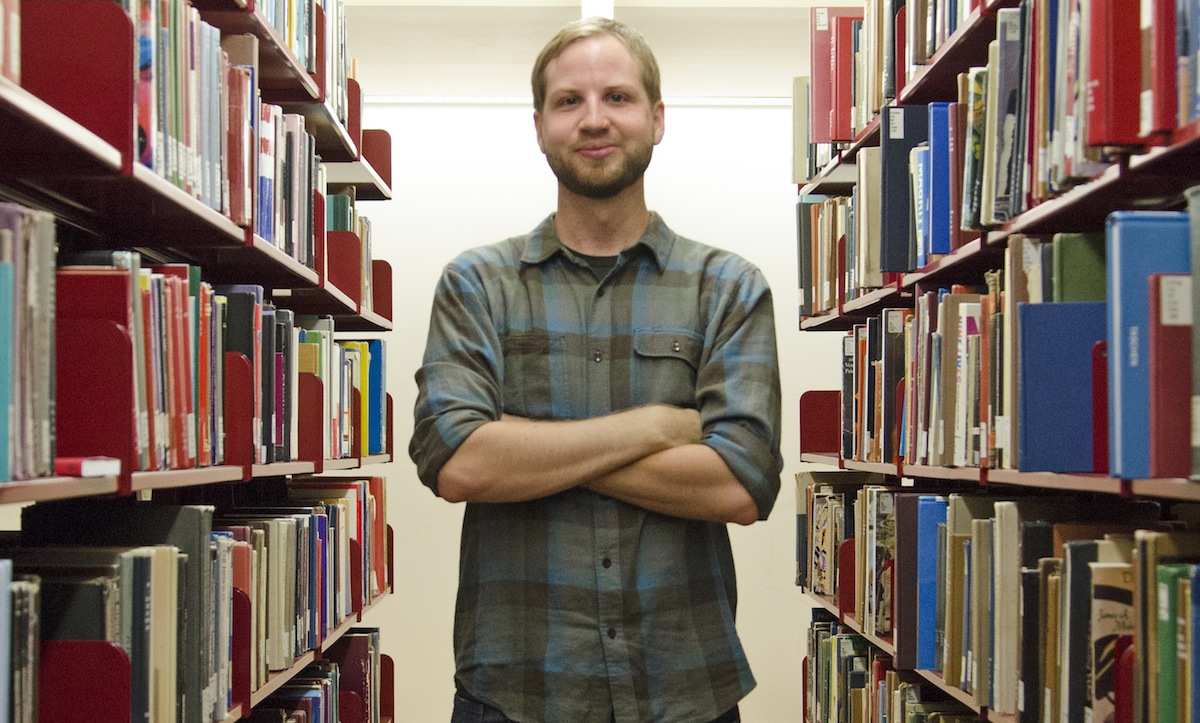 Andrew deWaard, a doctoral candidate at the UCLA School of Theater, Film and Television, released his book on prolific filmmaker Steven Soderbergh’s body of work titled “The Cinema of Steven Soderbergh: Indie Sex, Corporate Lies, and Digital Videotape” this May.

As an undergraduate student working in a video store, Andrew deWaard came across Steven Soderbergh’s 1998 crime caper “Out of Sight.” His fascination with Soderbergh’s marriage of artistic vision and economic savvy eventually inspired him to write his new book, “The Cinema of Steven Soderbergh: Indie Sex, Corporate Lies and Digital Videotape.”

DeWaard, a current doctoral candidate at the UCLA School of Theater, Film and Television, released his book in May. The book, which took eight years of researching, planning and writing with his co-author, Colin Tait, takes a comprehensive look at Soderbergh’s body of work, which ranges from low-budget digital projects to large-budget action blockbusters.

“The Cinema of Steven Soderbergh” is one of very few books written about the iconic “Ocean’s Eleven” filmmaker, despite his prolific career as a director, producer, film editor, actor and cinematographer. DeWaard said he was drawn to Soderbergh for his ability to balance his work as both an artist and a businessman.

“You see this opposition throughout his career of his tendency towards more personal, artistic films, but also bigger-budget, Hollywood-style genres and blockbusters,” deWaard said. “You see him trying to achieve that balance between getting a larger audience while also pursuing that artistic vision.”

Although the book has been eight years in the making, Professor John Caldwell, one of deWaard’s supervisors in the film department, said this is still a very unusual feat. While it’s common for graduate students to publish their work, Caldwell estimates less than 4 percent of doctoral candidates publish entire books prior to graduation.

DeWaard was able to tackle the book on top of his coursework by approaching the writing process as a series of essays that he converted into chapters.

“The idea of producing a book while you are drowning in coursework and struggling to pay the rent can seem overwhelming while you’re at school,” deWaard said. “Thinking about it piece by piece as opposed to thinking of it as a full book made it very manageable.”

Caldwell said deWaard’s book gives a full analysis of what marks a filmmaker as an auteur, or as having a defined style. Moreover, Caldwell recommends the book for its merits in showing how an auteur’s work affects the overall industry.

“(DeWaard) is good about thinking about individual directors as more than just auteurs, he’s trying to think about Soderbergh in terms of the innovations he has developed, not only in personal expression, but also in terms of navigating the film and media in Los Angeles,” Caldwell said.

DeWaard began piecing the book together in 2005 when he met Tait in the master’s program at the University of British Columbia in Vancouver, Canada. Through sheer coincidence, they had the same thesis topic and were assigned to share a graduate office. They immediately bonded over a combined love of “The Simpsons” and Soderbergh.

“One of the great things (deWaard) came up with was to combine on the Soderbergh project and do it on the side, so actually, neither of us worked on Soderbergh for our thesis work at all,” Tait said. “Actually, our friendship had less to do with Soderbergh and more to do with the show ‘The Simpsons.’”

When Tait moved to Texas to complete his doctorate at the University of Texas at Austin, they changed tactics and collaborated by phone and through Google Docs. The two spent only one week together in Texas to write the first draft.

Despite the distance separating them, deWaard said his ability to publish while simultaneously accomplishing his academic pursuits was a direct product of his partnership with Tait.

“As a writer, I am fully aware of how awful it can be to stare at that evil blinking cursor and getting up hours later after not producing anything,” deWaard said. “Part of what brought me through was having a partner. I think it’s helpful to have someone counting on you.”

Now that deWaard has finished his book, his focus has shifted to his dissertation. With his prospectus approved, deWaard said he wants to focus on explaining the complicated nature of the film and media economic system.

“I’m hoping to expose some of the hidden economic foundations to the industry,” deWaard said. “We have to remember there are just six major film corporations that create an oligopoly, but we need to be aware of our blindness towards the overarching control we are giving to a very small number of companies.”

While deWaard isn’t currently working on any books, he said he would be excited to publish another in the future. For deWaard, the publication of his book marks both a beginning and an end.

“To hold the book in my hand was a really proud moment and marked the end of the stage of my life where I wrote my first big work,” deWaard said. “I will always be interested in (Soderbergh’s) work, but it’s nice to be finished with a project and move on to something new.”