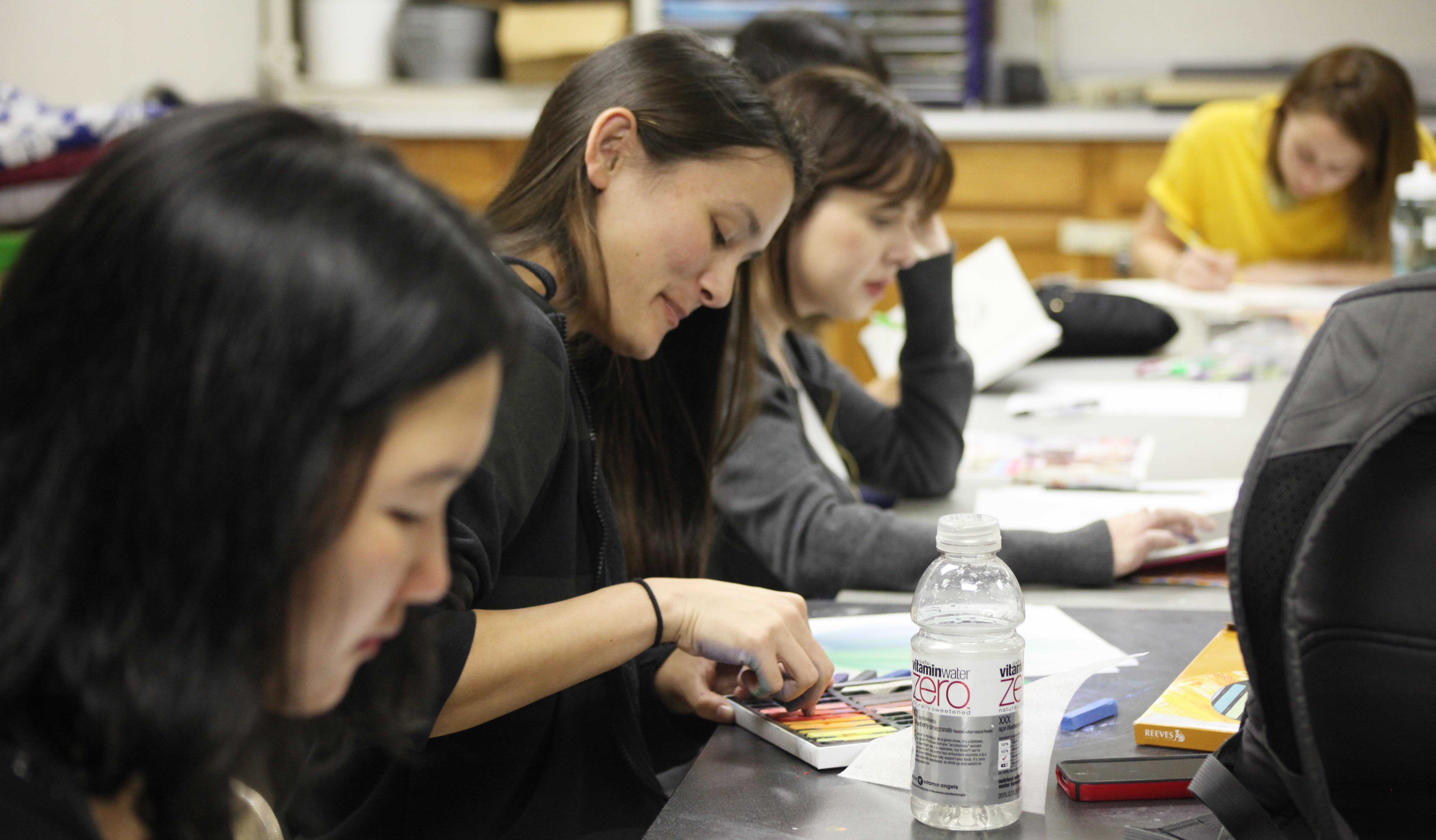 A couple weeks ago, members of the Art Shaped Box club found their hands covered in clay after a sculpture tutorial. When a member’s phone rang continuously, he resorted to responding to his messages with the only body part he could text with at the moment: his nose.

Fourth-year nursing student and co-founder of the club, Brooke Wities, said moments like these reveal how the club explores art as a community as opposed to individually, which many may perceive as commonplace.

For non-art students at UCLA, continuing their artistic passions can prove quite difficult. Kelly Leow, fourth-year English student and co-founder of Art Shaped Box, said that the exclusiveness of UCLA’s art program led her to establish an art club with Wities, her freshman roommate, in 2010, for students to continue their love for art and the creative pursuit no matter what their major.

“When you’re so focused on your one type of study, you limit yourself to that one area,” Wities said. “I know some people who only associate with those in their major, and it’s nice to get outside of your own box.”

After grappling with names like “Total Eclipse of the Art,” “Eat Your Art Out” and “Open Art Surgery,” Leow and Wities finally titled the club “Art Shaped Box” after Nirvana’s song “Heart-Shaped Box,” which reflects the club’s creative energy.

“I did a lot of art when I was in high school, but when I got to college I was just so distracted with everything that I was barely taking out a pencil,” Leow said. “I felt the creative part of my brain slowly ebbing away, and I thought that was really tragic.”

In the beginning, Art Shaped Box met for weekly meetings in the living room of a Saxon Suite with no more than six or seven members. Years later, the club now uses the Mesa Room in Sunset Canyon Recreation Center every Wednesday and has a consistent group of about 20 to 30 members.

The club accepts beginning and experienced artists, and members do a wide range of art including watercolor paint, sculpture, comic book art and computer graphics. Vanessa Goh, fourth-year environmental science student and president of the club, said that finding a common place for art proves difficult because the subject itself is a broad topic, but members keep an open attitude to deal with that difficulty.

Art Shaped Box’s meetings usually consist of a weekly activity, sometimes including student-taught tutorials, such as clay sculpture or figure drawing. In the past, the club followed quarter-long themes, once devoting a whole 10 weeks to fairy tale art, exploring more artistic techniques than just painting or drawing. Wities said she worked throughout the whole quarter on a series of watercolor and ink depictions of the fairy tale theme.

“Even if people think they can’t draw, there’s so much more you can do with art,” Goh said. “You can just throw paint at a canvas, anything to release all the frustration and tension from school.”

Goh said her favorite activity during a club meeting has been crayon melting, which entails gluing crayons on a canvas and melting them with a hair dryer. Goh drew the face of a girl with the crayons placed in her hair, creating an effect of the hair melting down the page in colors.

The club provides art materials at no cost to members, attracting those who cannot benefit from UCLA art classes.

Although the projects seem to foster independent and individual work, Art Shaped Box uses the power of a group to support the development of artistic skills. The first 45 minutes of the club gatherings usually involve a group activity for members to gain inspiration or ideas, and other members provide knowledge in certain artistic techniques, creating a community for shy artists to grow in their abilities.

“A lot of people who do art recreationally have a kind of hesitation to show people what they’re doing, and that prevents people from actually making connections with people who have the same interests as them,” Leow said.

Goh said involvement in Art Shaped Box serves a beneficial purpose no matter what the student studies. She said during personal struggles through classes like chemistry and physics, the only way she could relieve her stress was through art.

“Besides looking at art as an outlet, creativity is something that’s going to get you ahead in life no matter what your career is,” Goh said. “Even science requires creativity; you have to design experiments, find creative ways to solve things and creative ways to explain to people how things work.”

When the benefits of the creative pursuit can apply to any student in any major, that leaves Art Shaped Box open to the entire UCLA student community. Wities said her vision for the club is for it to continue to foster an environment where all students interested in art can feel welcomed, whether they’ve been making art since they were four years old or have never picked up a paintbrush in their life.