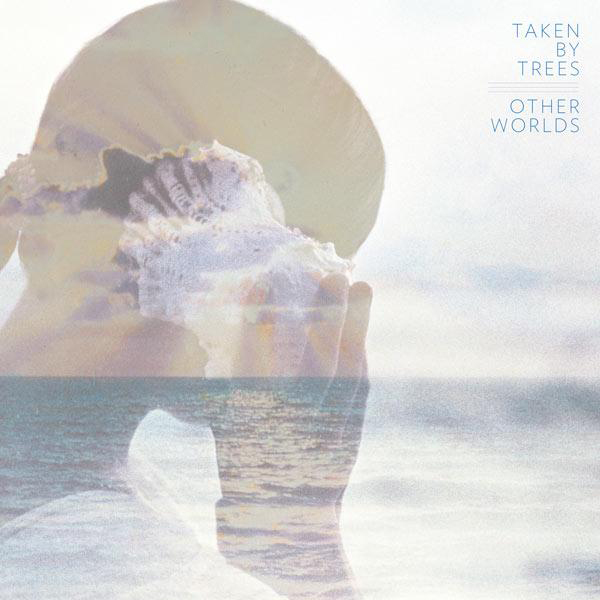 If the cover art for Taken By Trees’ new album “Other Worlds,” which shows a girl holding a conch shell to her ear against a dreamy ocean backdrop, is any indication, the album is sure to be a soundtrack for relaxation. The new endeavor from the solo project of Victoria Bergsman, previously the singer for indie pop band the Concretes and the crooner on Peter Bjorn and John’s hit “Young Folks,” was inspired by a trip to Hawaii, after all.

While the work evokes a calm, tropical mood, it does little more to keep the listener’s interest. The soft vocals, steel drums and recordings of rainfall and ocean waves transport the listener to a calm, dreamy beachfront but ultimately leaves them there to drift off to sleep.

The record opens with “Horizon,” a slow, blissed-out ballad. Bergsman’s vocals blend with a gradual buildup of hazy synths, small drum beats and subtle bass. The track serves as a prelude to set the relaxing tone for the rest of the album, and clocks in at just over two minutes.

The album picks up slightly with “Highest High,” which is drenched with cheerful chimes, flutes and the sound of trickling water. Bergsman coos “Dreaming, enough has been said/ As good as it gets/ Don’t wake me yet,” reinforcing the track’s state of perpetual bliss.

“Dreams” echoes these sentiments: fuzzy, soft vocals, melodious chimes and sing-song lyrics about dreams (“No one will believe us when we tell them what we see/ But baby I am here, and I know it’s not a dream”) are at the forefront of the track. The song then makes a new turn, ending with what sounds like seashells or wooden wind chimes peacefully clanking against each other.

Standout tracks include “Large,” an upbeat, disco-inspired dance track complete with trumpet blares, handclaps and a synthesized violin solo, and the aptly-named, experimental “Not Like Any Other.” Bergsman chants, “If you want my loving, it’s not like any other” over and over again, sometimes overlapping with her own eerie vocals, against a skipping back beat of drums, organ synthesizers and the sound of crashing waves.

Bergsman’s songs are noticeably weaker toward the end of the album. With lyrics like “I ain’t gonna lie/ You lookin’ kind of fly” on “Your Place or Mine” and the excessive use of nature sounds like ocean waves, thunderstorms and rainfall (or even all three on “Indigo Dub”), the last tracks lack substance.

The album as a whole is an endless sea of tropical beats, steel drums and pleasantly fuzzy vocals, making it easy to lose interest when most songs echo each other or resemble a nature soundtrack used for meditation. Listeners may lose track of which song is actually playing, and in some cases, it wouldn’t make any difference.

“Other Worlds” can best be appreciated when tracks are listened to individually. While the album as a whole is a static work, each song still fulfills its purpose: to sweep the listener away in a dreamy soundscape.