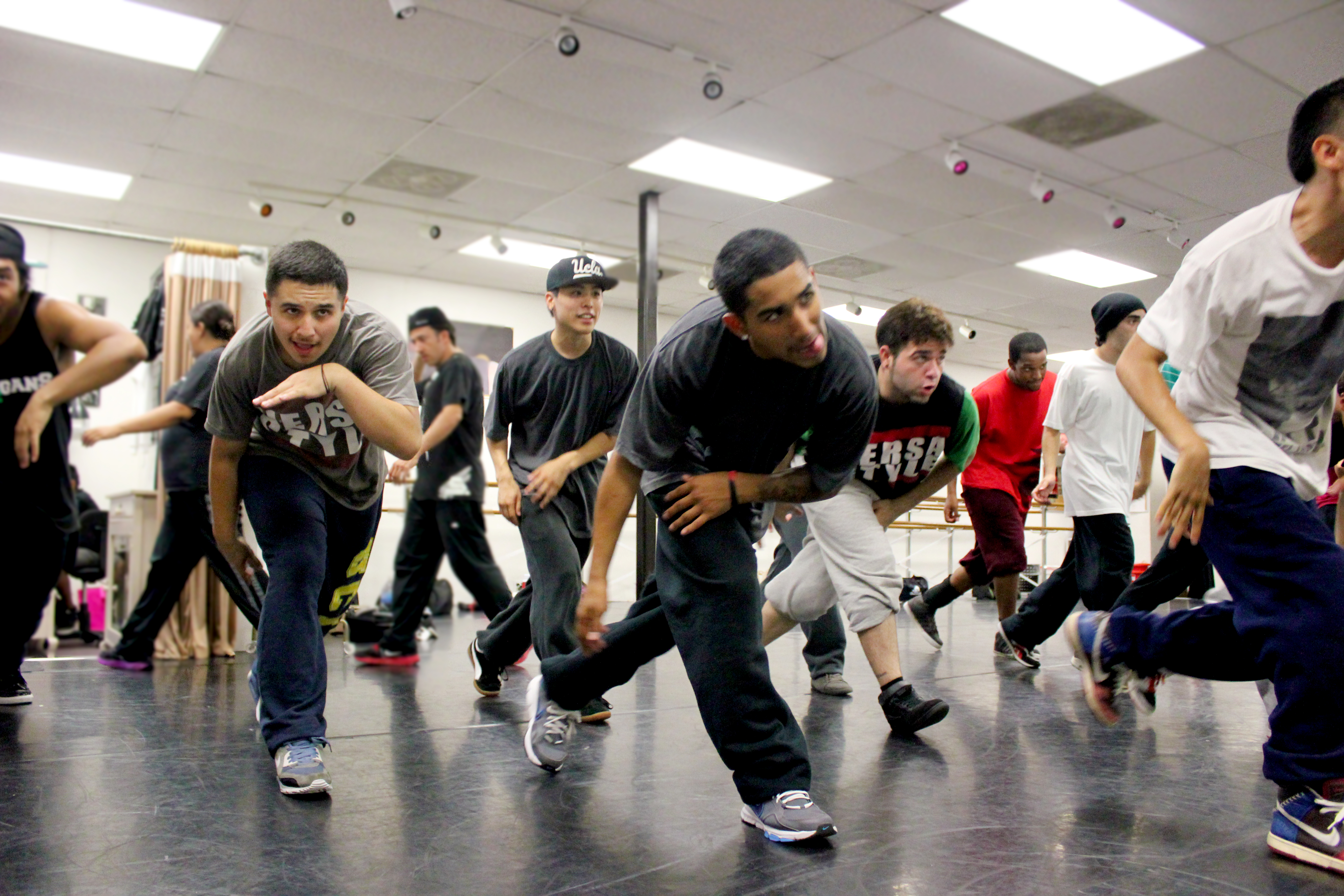 The dance crew Versa-Style features current Bruins and alumni. The Los Angeles-based group will be featured in the indie documentary film, “Furious Beauty,” which follows Versa-Style’s preparations for the dance showcase “Positive Dose.”

There’s no air conditioning inside the Jonette Swider Dance Center in Sherman Oaks, just a couple of fans placed in the corners of the room.

But the sweaty dancers, focused and determined, are oblivious to the heat, continuing to pop and lock, all moving in unison, mouthing lyrics to the song “Lights, Camera, Action!” by Mr. Cheeks.

This is a typical rehearsal for the dancers of Versa-Style, a dance company based in Los Angeles. The group of dancers, of which half attend or have attended UCLA, also includes a junior team, Versa-Style Next Generation. Last week, Versa-Style completed its annual hip-hop dance intensive, a training camp that lasted six straight days for eight hours a day.

Harry “Full Out” Weston, who graduated from UCLA as a world arts and culture student in 2012, is one of the main characters of the documentary.

Weston, who joined Versa-Style in the fall of 2009, said he grew up dancing in his hometown in Santa Cruz. He became involved with Versa-Style after dedicating himself to the group the entire summer, going to class every Friday to impress the directors.

“Positive Dose,” which premiered last October, was comprised of a first half that included historical-based performances, fun and inspiring upbeat pieces about the history of hip-hop and a second half that delved into more authentic emotions about the dancers’ fears.

Weston said the director of the documentary, Calvin Leung, was drawn to his story because he danced from a specific, emotional place. He said his biggest fear was losing people because he had lost two parents to cancer.

“This piece, the show as a whole, is my dedication to them. In the piece, there’s a lot of looking up, reaching motions, reaching out, looking for them, feeling them,” Weston said.

The choreography of “Positive Dose” incorporated all styles of hip-hop, ranging from house dance, break dancing, popping and old-school hip-hop. Weston said every style gives him a different emotion.

“House is when I’m feeling emotional. … A lot of times I turn to house to lift myself up and work through that pain. B-boying and popping are anger for me. That’s that masculine raw energy, you just want to get something out. Hip-hop is when you’re happy, confident. (It’s) your swag. When you’re feeling good, you’re doing hip-hop that day.”

“Our passion was not to be stuck in one style, but numerous styles so I came up with the idea of labeling us as Versatile. Jackie fell in love with that title, and that label for us,” Foaad said. “Less than 24 hours later, she called me and suggested a hip-hop twist to it, Versa-Style.”

Both Foaad and Lopez met Leung at a dance event called Keep it Live. Leung said the group was very community-focused, very much like a family even though they all came from different backgrounds.

“I had seen a lot of other dance companies through the years, but there was something with Versa-Style that was unique and different with how they interacted,” Leung said. “While these other groups have unity and alliance, Versa-Style was different because of the tone that Jackie and Leigh set. The tone of family, the idea that they are generally growing with each other.”

Lopez, who was recently hired to teach intermediate hip-hop winter quarter at UCLA, said the documentary is not like a reality show.

“It’s the closest thing to representing Versa-Style for our stories and what we go through to get to where we’re at. It’s not these prewritten reality shows,” Lopez said.

The artistic directors said they plan on having a screening of the documentary for just the dancers, and after that, Leung said he plans to enter the documentary into some film festivals.

Lopez said the most important thing for the dance company, more than exposure, is educating people about hip-hop culture.

“That’s what we’re about really, educating people. We want to educate hip-hop’s history, the roots, pioneers, the legends, political issues, why it came about,” Lopez said. “I don’t want these kids to just know the moves, but know the reason why, and I think that’s what makes us a stronger company.”