Made in L.A. Music series features the Allah-Las and DJ Anne Litt 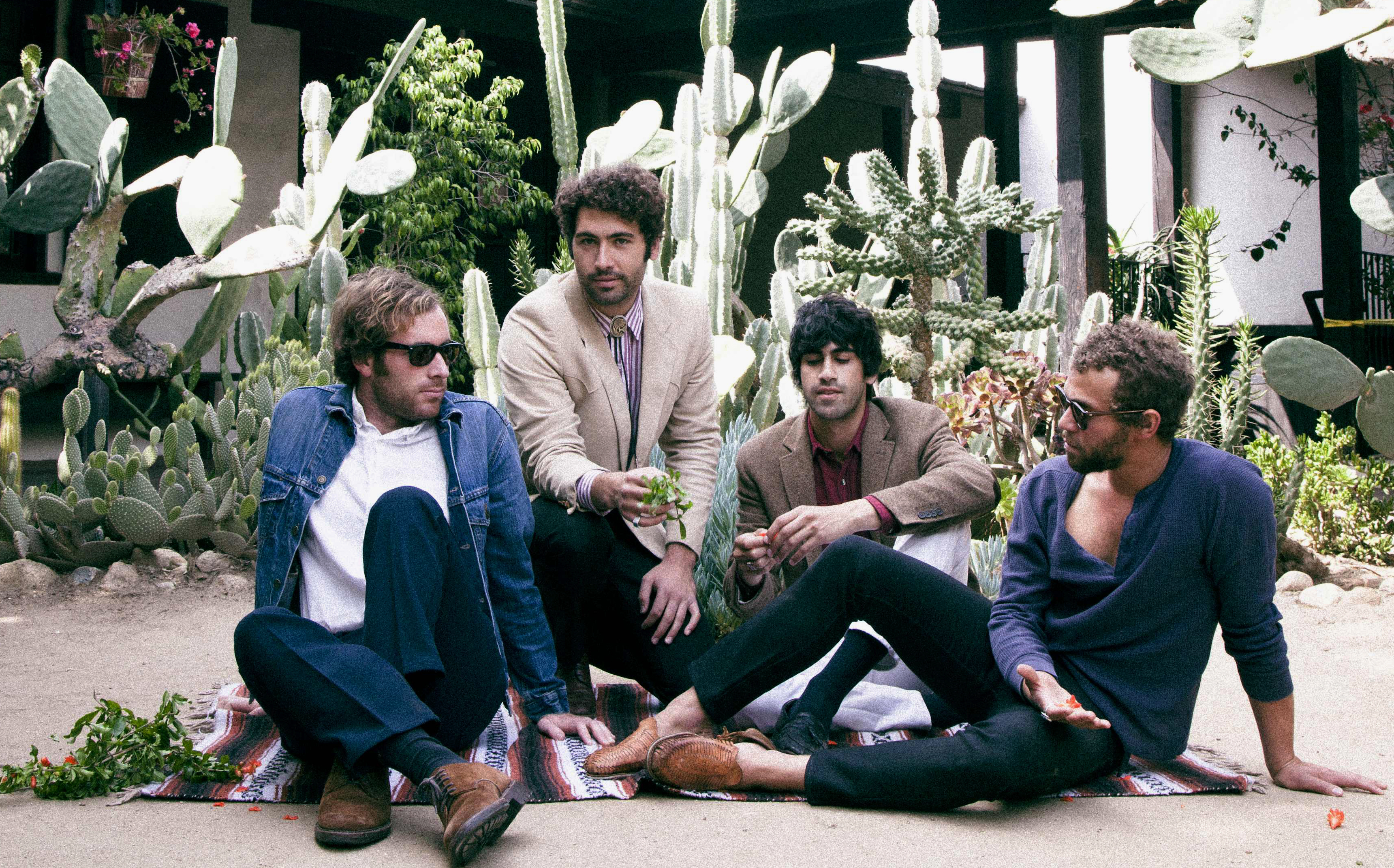 When most people think of Amoeba, a record store on Sunset Boulevard, images of rare vinyl, used CDs and posters may come to mind. But for L.A.-based band Allah-Las, the store is more than just a mecca of music finds ““ its back room is where the group worked and formed the basis for its rock rhythms.

This week, the Allah-Las and KCRW DJ Anne Litt will play at the Hammer Museum as part of the Made in L.A. Music series. KCRW and the Hammer collaborated on the music series, which will be held in conjunction with the museum’s ongoing biennial exhibition “Made in L.A.,” which features visual artists.

The band is comprised of bassist and UCLA alumnus Spencer Dunham, guitarist Pedrum Siadatian, singer/guitarist Miles Michaud and drummer/singer Matt Correia. Each member was either born and raised in or moved to L.A. at a young age. They met each other during high school or while working in the back room of Amoeba Records.

Michaud said the band’s sound is rock ‘n’ roll, plus an amalgamation of each member’s individual influences, which range from the Rolling Stones to ’80s jangle pop, a genre characterized by chiming guitars and pop melodies.

Correia said the group’s sound often gets compared to the music of the 1960s despite the fact that the band has a wide range of influences.

“There are a lot of different decades influencing us. People tend to notice the 60s sound because they probably haven’t heard the same records we’re listening to from the ’80s and ’90s that also influenced us,” Correia said. “The ’60s stuff is just more obvious.”

The band will also use the event as an opportunity to play unreleased songs from its upcoming self-titled debut album, which is due out in September, Michaud said.

“I like playing to a new audience and seeing them be kind of indifferent and not really understanding … what’s going on at the beginning of the set. … By the end of the set, they’re moving and getting into the music,” Michaud said. “Winning somebody over is one of the most profound things about performing live.”

Litt, who chose the Allah-Las to perform the same night as her after hearing the band’s EP and B-sides, usually plays sets for her weekend radio show on KCRW. She said DJing for a live audience allows her to further connect with her viewers for a collective auditory experience. For the event, she wants to evoke the essence of summer days in her DJ set.

“I could play a song from the Allah-Las EP in the middle of my set, and it would fit right in,” Litt said. “I wanted to take a look at all of the great pop music that came out of L.A. and play some groundbreaking music that really identifies this place.”

She said she plans to play a set list that incorporates artists who are either from Southern California or who recorded their albums here. The Allah-Las’ EP inspired her to create a mix that blends old and new artists ““ such as the Beach Boys, Joni Mitchell and the Allah-Las themselves ““ whose sounds are reminiscent of the summery beach scenes of the

“I love local music and supporting local artists,” Litt said. “(The Allah-Las) have the perfect summer sound to go with the whole Made in L.A. exhibit. KCRW, the Hammer, all these modern visual and local artists really embody what Southern California is all about to me,” Litt said.

Like Litt, the members of the Allah-Las said they also appreciate the sentiment of the Made in L.A. exhibition.

“We’re proud to be Angelenos,” Correia said. “Spencer, Miles and I were all born and raised in L.A. Pedrum moved here when he was 15. Down to the most literal translation of (the exhibition title), we were all made in L.A.”