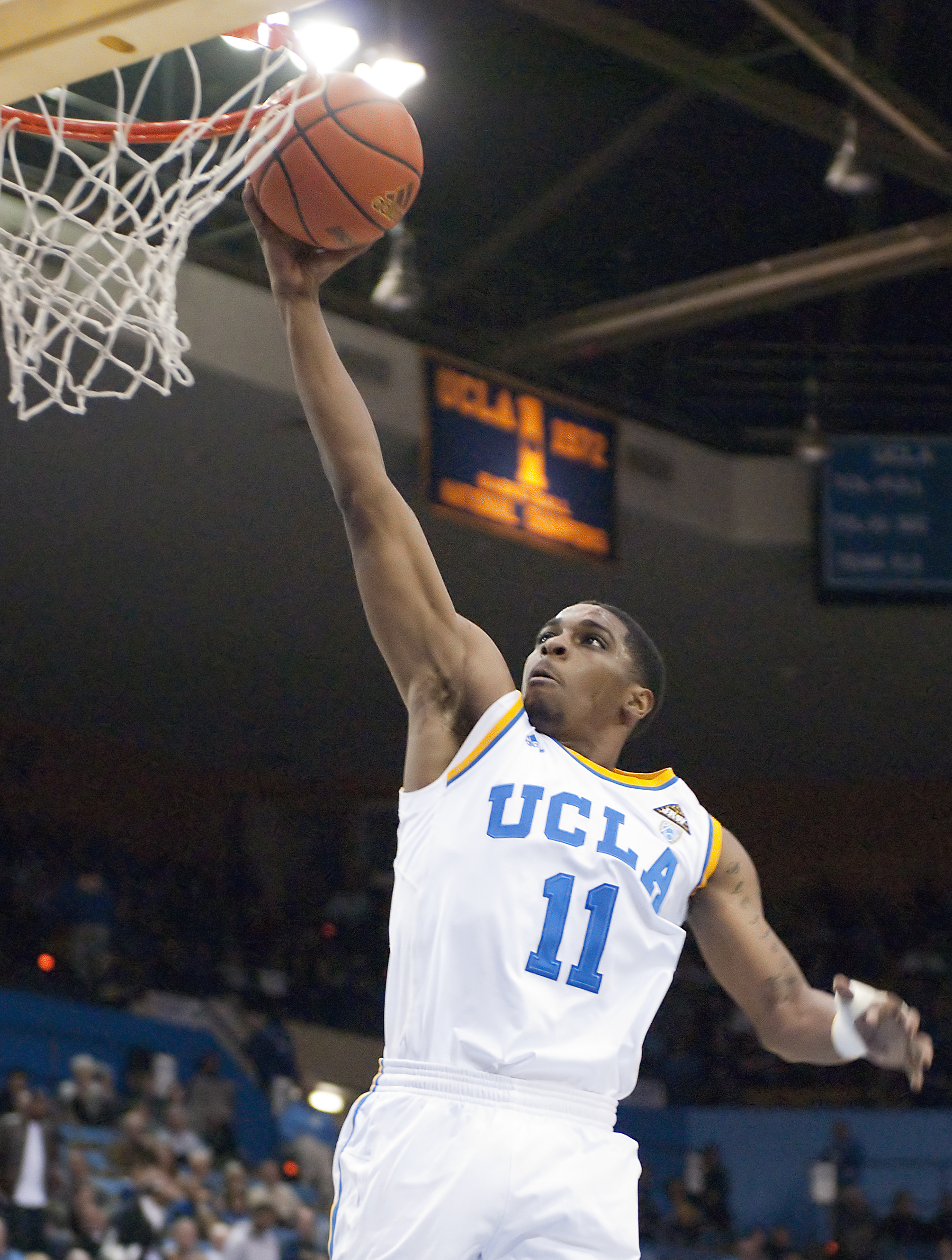 Junior guard Lazeric Jones had a double-double with 10 points and 10 assists in the Bruins’ 71-53 win over the Sun Devils on Thursday. UCLA will now play Pac-10 leader Arizona on Saturday at Pauley Pavilion.

UCLA hosts No. 10 Arizona. The Wildcats are the highest-ranked Pac-10 team to come to Pauley since 2008.

The Bruins did their best to emulate the slow start that plagued them in Berkeley last weekend. But against Arizona State Thursday, the UCLA men’s basketball team stormed back and left no question about the outcome.

No 3-point buzzer-beater needed for overtime.

No overtime needed at all.

“I guess we got a kind of newsflash and everyone started playing harder,” junior guard Lazeric Jones said.

Riding a 30-8 run into halftime, UCLA overcame an early 12-point deficit to cruise past the Sun Devils 71-53 at Pauley Pavilion after another sluggish start.

The Bruins (20-8, 11-4 Pac-10) woke up down 12 with nine minutes to play in the first half after sophomore forward Tyler Honeycutt nailed a 3-pointer out of a timeout. Junior guard Malcolm Lee responded immediately on the defensive end, anticipating a Sun Devil (10-17, 2-13) pass and floating the ball to a streaking Jones, who slammed it home and brought the Den to its feet.

Two minutes later, UCLA assistant coach Scott Garson was off the bench, clapping his hands and his players’ backs, pleased that the game was knotted at 21 going into another timeout.

The Bruins didn’t look back from there.

“We were patient and when we moved the ball we got good shots,” coach Ben Howland said. “That was key. This team does a good job fighting back.”

The 18-point win was UCLA’s second largest margin of victory this season.

During the early-game struggles however, the Bruins showed signs of their bad habits.

UCLA was hesitant attacking the zone, and missed four-of-six 3-pointers in the first 10 minutes. Front-court players were boxed out and freshman center Joshua Smith struggled to finish near the basket.

But at the 11:08 mark, Sun Devil standout Ty Abbott picked up his third foul and would sit until the 16:52 mark in the second half. Arizona State scored once more before UCLA took a timeout ““ the precursor to the 12-0 run that would tie the game.

Similar early-game struggles could doom the Bruins against No. 10 Arizona on Saturday.

The conference-leading Wildcats fell in an upset loss at USC Thursday night, making Saturday’s contest all the more critical. With the Arizona loss and the UCLA win, the Bruins are one game back of Arizona for the conference lead, and the team can earn a share of first place with a win in their final game at Pauley before the arena closes for construction.

“It’s going to be the most important game of the season,” Honeycutt said.