Be a meaningful, not dutiful, humanitarian 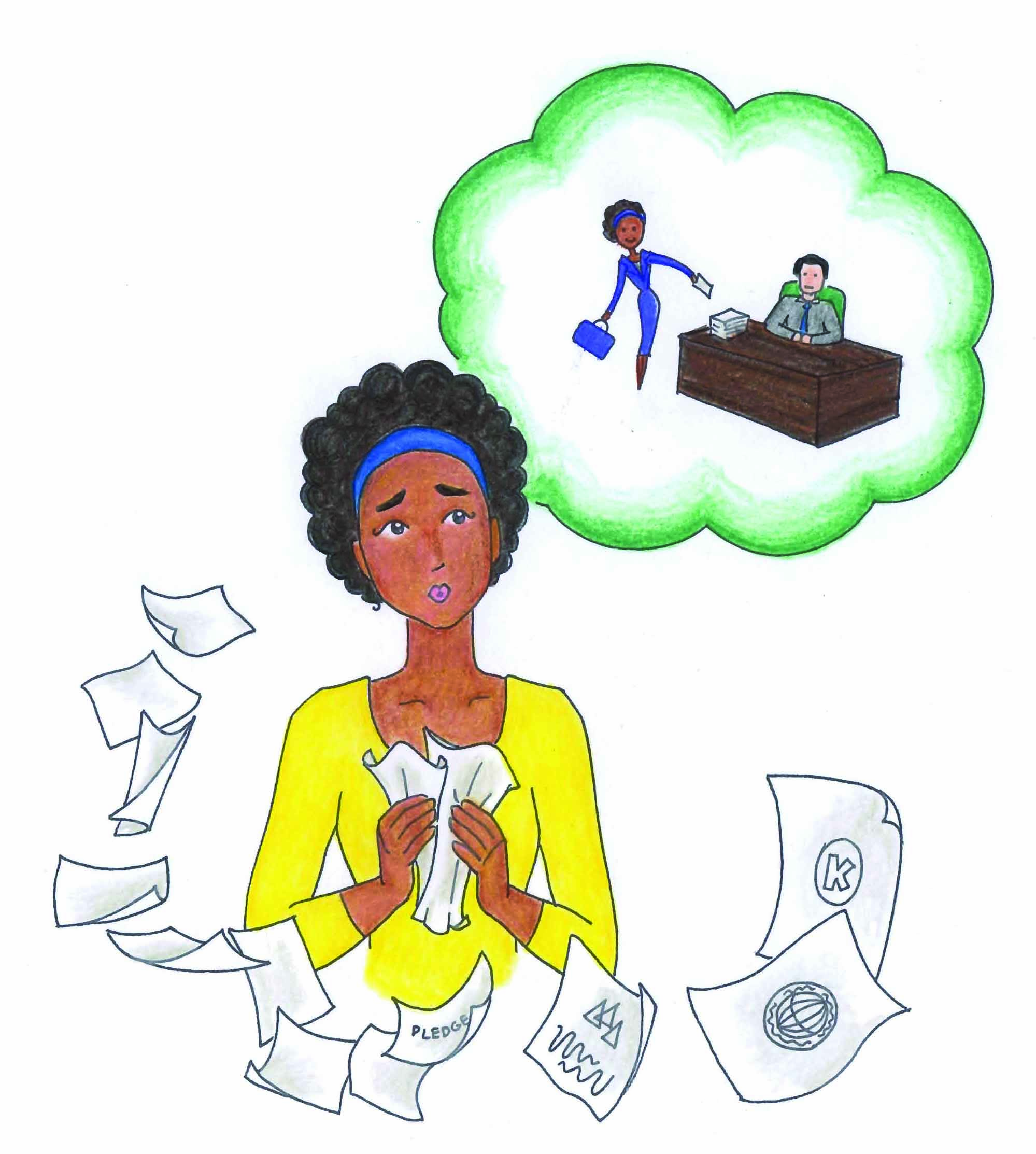 A question came to mind near the sixth hour of my last (and final) Dance Marathon and lingered till the hellish 26th.

Did I care for those sick children? Did I dance just to impress others? To fulfill my quota of altruism?

Surely, genuine sympathy played some part, but by the end, those young and needy faces looked just as distant as the disease that plagues them.

Thereafter, I collapsed, happy not for having bettered the lives of others, but for having fulfilled my obligatory good deed.

And so I ask now: At what point does “service” become “slavery”?

Our fellow classicists may say there is no difference, that the Latin “servus” means “slave.” But oh, you say, Latin is a dead language! Still, on a campus so saturated with the servile mind-set, there is a danger of blurring the distinction ““ to confuse a nice and meaningful act for a moral obligation.

Of course, danger may not be what first comes to mind when one thinks of service. It is not sinister to host the largest student-run philanthropic event on the West Coast (the aforementioned Dance Marathon). It is not depraved to be ranked sixth annually among collegiate Peace Corps participants.

It is, in truth, rather dishonest to presume that our grand City of Angels is a breeding ground for narcissists and misers. Helping others seems to be the mission statement of nearly all campus clubs. Even the Greek organizations buy into this.

And come springtime, we groundless graduates will be treated to a delightful word or two by Aaron Williams, friend to humanity and director of the Peace Corps. The theme of our commencement ““ what do you know, service ““ seems like a choir-pointed sermon when we have already learned to fill our resumes with a thousand and one lines of volunteer work.

Saving the world seems like the only noble job these days.

There is something curious about this enchantment with charity. It is all across our campus; it is all across our dorms; it is one of five necessary conditions to truly be a Bruin; and it is mandatory (voluntarily, of course) for freshmen. And when I decline to help feed the starving children, my fellow citizens of the world must so often mask their thinly veiled scowls.

In such an environment, it is quite easy to forget that service is an act of goodwill, not an obligation. When it errs toward the latter, it ceases to be noble. When it is done as some duty, it ceases to be honest. Its Latin root, then, looks not so far removed.

The rhetoric of service is certainly susceptible to that mind-set. A vestige of guilt must remain in even the coldest of flyer-deniers and bake-sale-avoiders on Bruin Walk. But whether from guilt or God or some ethical imperative one subscribes to, service as an obligation is a nasty case of servitude. It is a guilt-ridden and sopping substitute for humanitarianism.

Many simply have no interest in others’ welfare. Are we enlightened humanists somehow holier than they are? Perhaps, but there is nothing admirable in a good deed done for the wrong reasons.

In a term paper of an otherwise boring class, there arose a question that seems quite fitting to the matter at hand. Whose love is greater: the husband who cares for his sick wife because of marital demands, or he who does the same because of personal affection?

The answer was as clear to me then as it is now. But like all college courses, its real-world application is not so readily apparent. It is easy ““ and tragic ““ to gloss over the line at which humanitarianism ceases to be human.